The internet loves Jenny Slate, and so does Austin 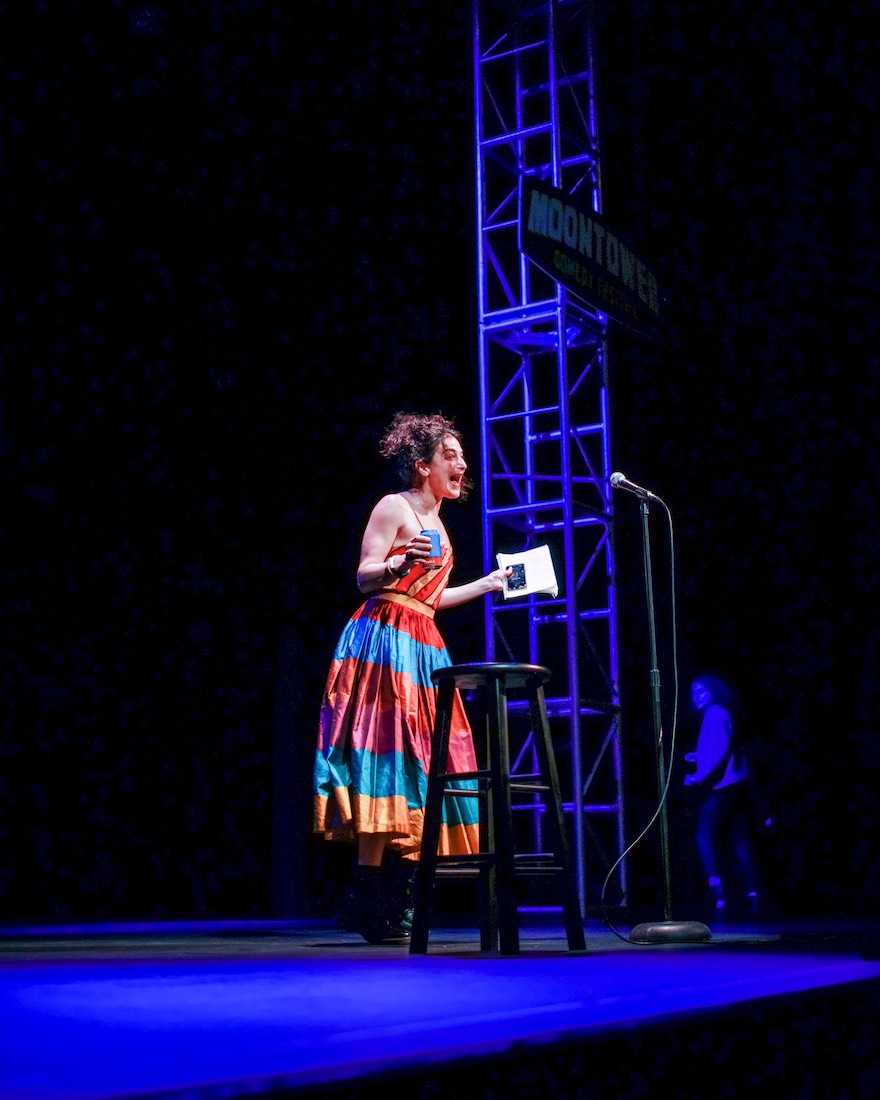 Who is Jenny Slate’s audience? She’s picked up so many fans so many different ways – as the star of feminist film favorite Obvious Child, as Marcel the Shell with Shoes On, with her Kroll Show appearances, the many moving and introspective interviews she’s given over the past years – so they’re not monolithic.

I’ll tell you what they can do when they all get together, though. They can name 25 birds pretty fast.

The avian list isn’t something Friday night’s Moontower Comedy Festival audience achieved under Slate’s eye – that was all thanks to her opener, Jo Firestone, a New York-based comedian who started by letting us know that her target audience is “women who don’t like to have fun but still have HPV.” Firestone ended her self-effacing set with a game she’d invented for adults called "Can the Group Name 25 Birds?" And, boy, could this group, even if the 25th suggestion, “Freebird,” just squeaked by on a technicality.

So when Slate bounced onto the stage to Robyn’s "Missing U," she had an ideally warmed- and amped-up crowd facing her. After blowing kisses to both balcony and orchestra, she stopped to catch her breath, announcing, “I danced for one sec, and I’m truly about to cardiac.” Then we were off to the races for a boisterous, generous storytelling set that bounced between prepared material and off-the-cuff observations.

First off was the tale of her last time performing in Austin and her ill-fated flight out of town (let’s just say a barf bag was involved and it didn’t exactly do its job). This time would be different, however, because instead of drinking too much beforehand, her brain had been “melted by weed.” While this state of mind may have contributed to Slate’s spontaneity, it didn’t get in the way of her connection with the audience or the momentum of the set. She got huge laughs from a stunningly on-point impression of a Miyazaki character (“Nooo!” in just the right kid’s vocal pitch), an analysis of how dads, specifically, freaked out about Y2K and what they could have gotten upset about instead (“Patriarchy!”, punctuated by knocking over her mic stand), and musing about how different her life would have been if she’d been named Susan.

The Paramount seemed an extra auspicious setting for the latter half of the set, which involved Slate sharing some genuinely unsettling stories about growing up in a haunted house. (Her mom looked into a mirror once and saw an old woman’s face reflected back! This is not a punch line or joke!) This was followed by an earnest but also deeply funny hit piece on horses. (On why they are bad: “Their feet are hammers. Their butts are too shiny. The face of a horse is as long as half a door. And their dicks are from hell.”)

Slate wrapped up the evening with characteristic warmth, sharing the experience of going to a Catholic mass for the first time with her current boyfriend and everything weird and beautiful about that experience. When the crowd applauded for her happiness, it felt completely genuine and, even better, earned. The Paramount has rarely felt cozier.