Opening up the comic behind Secret Keepers Club 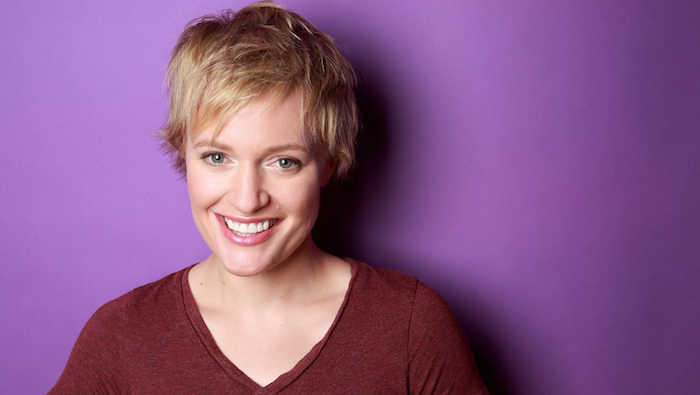 Comedian and actor Emma Willmann (Crazy Ex-Girlfriend) has an outgoing, honest style that gets listeners of her podcast Secret Keepers Club to tell her their salacious life stories. Ahead of her Moontower Comedy Festival performances, she shared some (slightly less) salacious stories and her thoughts on comedy.

Austin Chronicle: Can you tell us about your hometown, Blue Hill, Maine?

Emma Willmann: My hometown is tiny. I was telling someone the other day about learning to drive. When something is your reality, it’s hard to pick up on the humor of it right away. But I was explaining driving, and I was like, “Well, when I had to learn to parallel park, we had to try to find another car to parallel park with. We had to go around town to try to find other people.” Things really weren’t separated. For anything to get done, everyone would have to be involved. If there was a successful party, almost everyone would have to go. Otherwise there would be no party.

AC: You have lots of jokes about life as a gay woman, stereotypes, female sexuality, etc. Do you find comedy an especially good outlet for such topics?

EW: It can be a good space for it. It can also be a hard space for it. I’ve been doing a lot of shows in Vegas, and that’s definitely more conservative. Sometimes if I’m in a room like that, and it’s not people who came to see me, I’ll change the order of my set, and I’ll talk about being from Maine or something that is very relatable or observational humor, and then go into the much more personal stuff as it relates to dating, love, or sex.

AC: Is it ever scary to be so vulnerable on stage with aspects of your personal life?

EW: No, it isn’t in the podcasting, but it is in the comedy for sure. But with comedy what’s nerve-racking for me isn’t necessarily what I’m sharing. (Like, “Oh that’s too personal!”) It’s nerve-racking that you have to work things out in front of people. I respect and appreciate people’s time. So the nerve-racking thing is if the joke that you wrote is going to work. Is your angle on it going to give them a surprise? The part that can be more nerve-racking is the pressure of wanting to have new insights and come up with new things. I feel more comfortable sharing personal stories, because then I know it’s original. I was working on some observational stuff that I had been doing for a while. And then I was at a show out in L.A., and I saw someone doing similar, observational stuff. I was like, “Of course.” Keeping it personal keeps it foolproof from that.

AC: How do your creative processes for podcasting and stand-up differ?

EW: I used to see them as different things. Stand-up is talking, but all the fat is trimmed. I love doing radio and podcast because I’m interested in other people, and I like sharing. It’s perfect for that. Like, in Secret Keepers Club, people write in and share their secrets, and then we talk about it. On Inside the Closet, we have guests on. It’s very organic. It’s a journal of our lives as gay comedians on the mainstream circuit and trying to make it there. It’s different, but it also feels very similar. They feed into each other very well … Radio and podcast help me figure out what people respond to and what I want to talk about.

On podcasts you can contextualize things more. And there’s a pretty big premium on contextually things, especially in today’s environment. Like when I talk about the “man one” stuff [being “the man” in her relationships]. If you listen to radio or the podcast, you know I’m very vocal about race, class, gender, socialized reality, and the intersectionality there. These are talking points, and we need to examine our privileges and deconstruct them where we can. But I can’t say all that every time. But once I’ve acknowledged that, it’s a safer space to joke about being in a relationship in which “I’m the man one.” But if you don’t know where I’m coming from with that, you might be like, “WHOA!” With radio, I could ask, “Is this relatable to straight relationships, too?” And I had all these women calling in saying, “Well I’m the man one in my relationship.” And “Well, how do you tell who’s the ‘man one’?” And that opened up a really nice space to talk about how gender is a socialized construct. So it’s arbitrary. It was fun.

EW: Stand-up is a compulsion. For a lot of comedians, it’s a kind of outlet. Like, I went to Boston last weekend and my girlfriend came with me. I was like, “I’ll only do shows Saturday.” She was like, “Well, we haven’t seen each other in such a long time. I didn’t know you were doing shows this weekend.” But to me, it was like, the Twilight Zone. Well, of course I’m doing shows this weekend. It never even occurred to me that anyone would think I wasn’t doing shows at least once. But I didn’t do them. Also, to contextualize, I was having a family emergency, too. We were going to visit a family member in the hospital. So actually, it was totally inappropriate for me to be doing shows as well. But it’s just what you do. You do shows at night.

AC: Do you have a preference between acting, stand-up, and podcasting?

Podcasting and stand-up are more comfortable, but it is nice when you’re on a set and you have a trailer and they give you lunch and you get cool clothes. I think my favorite? I love doing any kind of interview stuff. My ultimate goal is a late-night talk show.