What’s a brief moment of Brooklyn in a Hill Country paradise?

He writes a whole bunch about whiskey, and it’s writing that, if you like whiskey at all, you should be aware of. It’s writing, in fact, that you should read. And if you love whiskey, then you should definitely read Goldfarb’s new book: Hacking Whiskey. 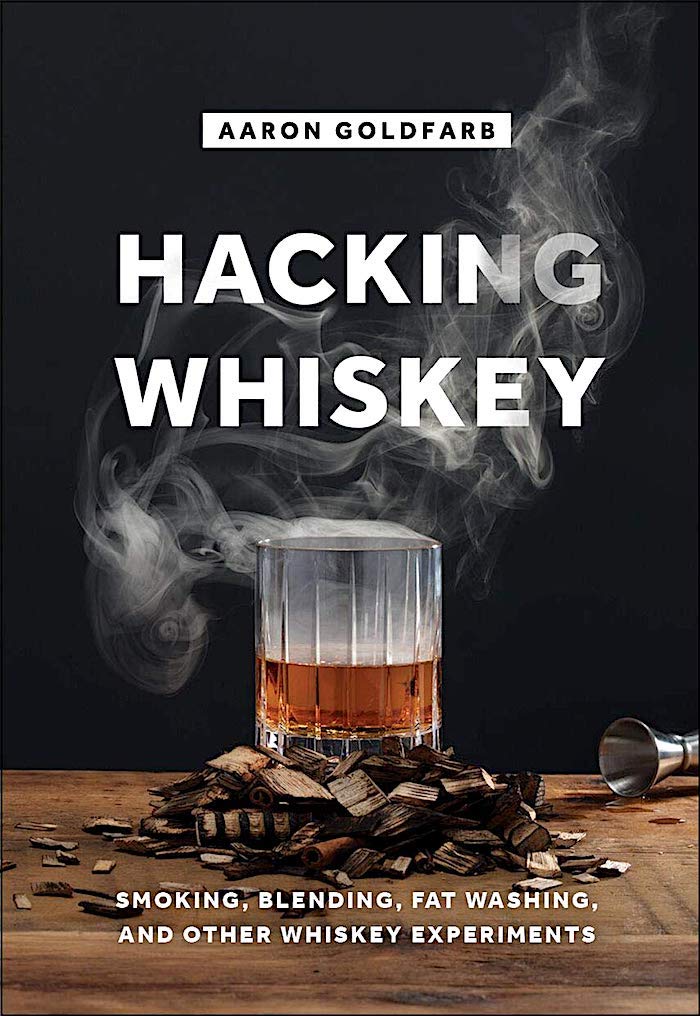 You should read the book because this Goldfarb isn’t just fucking around, although he is fucking around with – “hacking,” as they say – whiskey.

Better yet, he’s reveling in and revealing the gambits of experts who’ve been relentlessly experimenting with the much-loved substance that does such good things for a discerning palate even while it soddens the senses toward a more, ah, lackadaisical interface with sober reality.

And people have been paying attention.

Barnes, a West Texas native who started the Treaty Oak operation out in Dripping Springs back in 2006, invited the Brooklyn-dwelling Goldfarb to the Lone Star State a couple of weeks ago, to publicly inaugurate the distillery's new Cocktail Lab with a presentation – an informative class, almost – of whiskey hacking.

Best of both worlds, is what it turned out to be. We attended that class at Treaty Oak’s Cocktail Lab, and we’re attesting to the event’s success. For at least three reasons – and let’s get into them here.

Goldfarb, as we mentioned, knows what’s up, whiskeywise – he’s one hell of an informed aficionado, and his book, which he was affably hawking at the event (a copy was included as part of the experience), is just the sort of thing to spark a distillery’s best experiments.

You hear the name “Cocktail Lab” and you think, “Oh, right, so maybe they’re gonna source a slightly odd ingredient or two and just muddle it in with the usual suspects of mixology and that’s the cutting edge of their ‘lab,’ what a bunch of pretentious bullshit,” right? Wrong, if you’re talking about Treaty Oak Distillery. 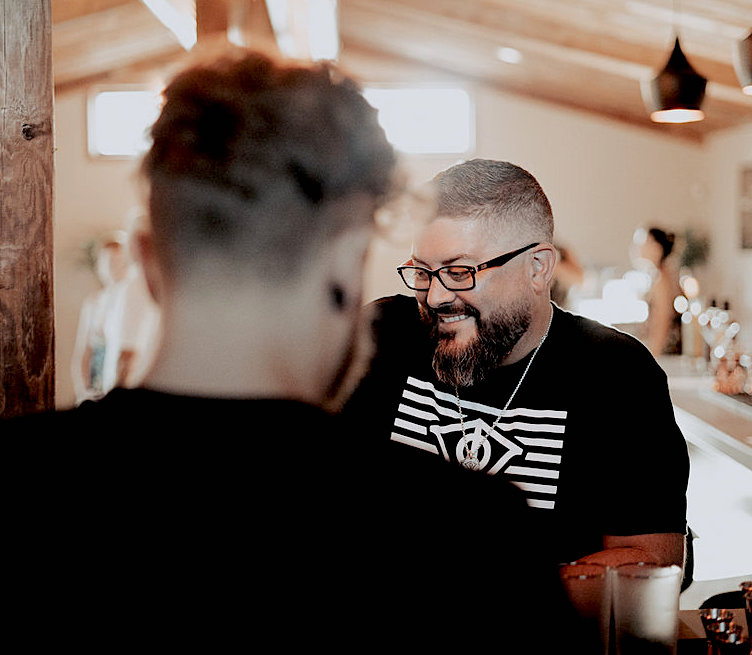 Daniel Barnes isn’t fronting with cute nomenclature: His Cocktail Lab is a bona fide laboratory, where whiskies (that may have already been expertly modified via arcane methods in-barrel) are subjected to all manner of further transmogrification in search of new and sensory-scintillating versions of liquid pleasure.

“Oh, these guys are definitely on the frontier,” said Goldfarb. “I mean, I did so much research for the book, I’ve seen a lot of stuff, but some of what Daniel and his team are doing here, I was like, ‘What the fuck is that?’”

And all of it – the triumphs that make it out to the public, anyway – all of it tastes so damned good. Like the smoky variation that’s been fat-washed with slow-cooked Texas brisket. Like the blend that’s infused with hops not in the distilling process but via fresh seed cones of that herb in a whiskey-filled French press right before it’s strained into your glass. Like the sweet cocktail that’s inspired by Christina Tosi’s cereal-based concoctions at Milk Bar – “We used Froot Loops for this one,” Barnes pointed out – and that goes down not like some weird novelty but like a satisfying tipple you always want on hand at your favorite watering hole. Like those and more, yeah.

You can expect to find “a thoughtfully curated cocktail menu, classic hip-hop jams, and a natural sensory experience” at the Lab, but note that space is limited to only 34 guests at a time and is seated on a first-come first-served basis.

3) THE REST OF THE WHOLE TREATY OAK GESTALT

Because it’s not just the Cocktail Lab. There’s a regular bar – the Rickhouse – which is nice and roomy with rows of picnic tables, serving up more typical beverages from an array that includes craft beer and the distillery’s finest spirits. There’s Alice’s Restaurant, a handsome yet casual venue (formerly known as Ghost Hill), which offers a seasonally changing menu featuring “locally sourced ingredients that tell a truly unique Texas story” and is abetted in its culinary excellence by an on-site, BBQ-dispensing food truck. And, because these venues and the distillery are on several acres of former ranchland in the Hill Country, there’s also a dedicated playground for the kiddos, and plenty of places for walking your favorite canine – dogs “are welcome, but they must be leashed,” please note. There’s even a mobile stage for live-music concerts, such as the crowd-pleasing glories created by the quartet Ley Line and others on the festive day we visited.

We mean, you can always just stop in for a drink if you live out that-a-way, right? But this place, this Treaty Oak Distillery Ranch, it’s – it’s – it’s like DisneyWorld for grownups, is what it is. And, Whiskey Scout's honor, it can thoroughly reward an entire afternoon and evening of your nonworking, day-tripping time.