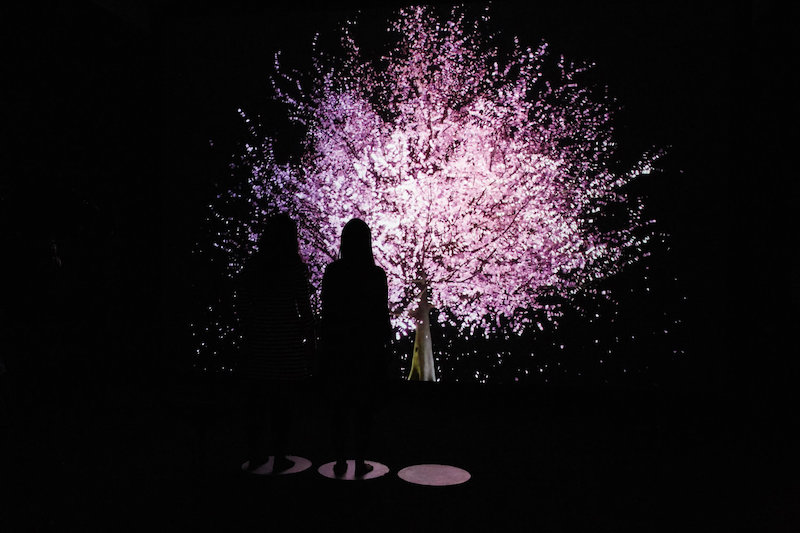 South by Southwest continues to explore visual art as a medium for developing tech, interactive experiences, and creativity in 2019. The lineup for the third SXSW Art Program has just been announced, and it includes seven art installations from around the world, as well as the debut of an Art Series of Sessions in SXSW Conference programming.

Blooming
With a commission from Nokia Bell Labs and collaboration with NEW INC., Korean-American artist Lisa Park has created a 13-ft. tall, three-dimensional cherry blossom tree outfitted with biometric sensors that respond to the physical state of two to four people in its presence. When people near the tree hold hands or embrace, the tree will go from a pre-bloom state to a blooming state and may even release petals. The heart rates of those people determine the color of the blossoms – the slower they are, the whiter the blossoms; the faster they are, the more the blossoms redden. Rm. 410 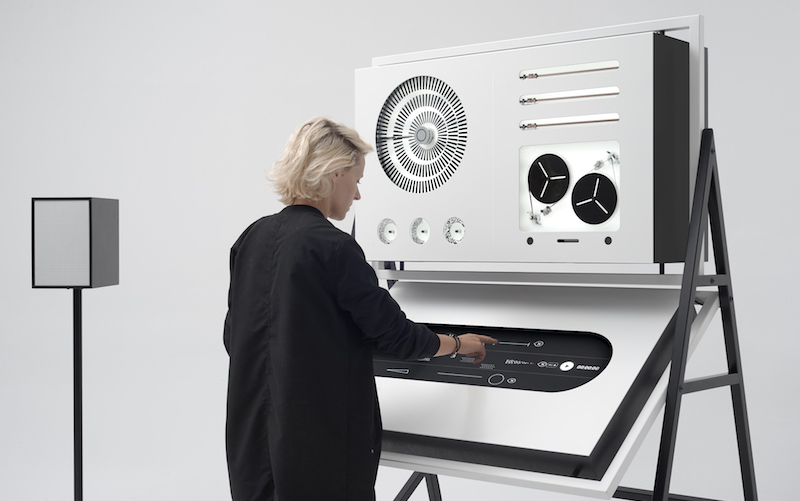 APPARATUM
The Warsaw-based media team panGenerator pays tribute to the Polish Radio Experimental Studio – a pioneering facility in the production of electroacoustic music – with this sound board that has that Sixties vision of what the future would look like (angular, minimalist, black and white). By manipulating various visual elements on its touch screen, you design a sound score which, when read, activates analog sound generators and plays which you've composed. It also records it and prints out your score for you to take. Rm. 10C

hash2ash
The second installation from panGenerator gives the impermanence of digital culture a visceral punch. You send a selfie of your face to a 3' x 3' monitor on a stand over a large tray. Shortly after it receives and projects your face on the screen, the pixels start to collapse and your features appear to melt, and as they do, gravel drops out of the base on the monitor and rains into the tray below. The screen is blank and all that's left of your digital portrait is a tray full of gravel. Rm. 10C

Arctic Passage
Award-winning photographer and filmmaker, and Harry Ransom Center Research Fellow Louie Palu will call attention to climate change's effect on the Arctic – how the rapidly melting ice will affect both the ecology and the geopolitics of the region – with an exhibition of large-scale photographs that he took in the Arctic while on assignment for National Geographic, only the photos are all frozen in large blocks of ice and they'll be installed on the Ransom Center plaza on Tue., March 12, at 10am.

Belongings
Project creators John-Paul Marin, Matt Smith, Patrick Abboud, Tea Uglow, and Kirstin Sillitoe collected the stories of six people who immigrated to Australia with a treasured possession. You stand before a giant screen in which all six sit on stools and, once connected through a Wifi network, you choose whose story you want to hear by pointing your phone at that person and making a selection. The person you select then stands up and tells the story of the belonging he or she is carrying and how it relates to their coming to Australia. When they finish the story, they return to the stool, and you can select another person, and so on and so on, until you've heard all six. Rm. 403

every thing every time
German-Japanese designer Naho Matsuda harnessed data streams withing a city – anything from traffic schedules to air quality reports to movie showtimes – to create poetry. Information is fed into screens with flip-dot displays placed throughout the city, and sentences pop up that look like descriptive lines of poetry: "the bus arrives," "nobody is doing yoga." The project was intially commissioned in Manchester as part of CityVerve, and it's brought to SXSW with support from British Undergorund and Arts Council England. Brush Square Park

Semeion
Danish design studio Circuit Circus has created a light and sound installation that evolves through the presence of humans. Artificial intelligence manifests itself in several large minimalist structures that viewers are invited to engage with it in an explorative, curious way. Rm. 404

THE ART SERIES OF SESSIONS
SXSW Conference programming shows some love to the art world with the debut of the two-day Art Series of Sessions as part of the Design Track. On Mon., March 11 and Tue., March 12, look for a handful of deep dives into topics facing the contemporary art community, from the impact of technology on the creative community to inequality within the arts and the changing roles of women. Speakers and panelists include visual artists, designers, curators, researchers, technologists, patrons, and representatives of artistic and scientific institutions.

Special Events
Designing for the Five Senses with Bruce Mau
presented by Freeman
Bruce Mau, legendary designer of human experience, invites you to revisit childhood, when you experienced the world fully and deeply through all five senses – unencumbered by doubt, prejudice, social norms, or boundaries. In this monologue – part performance art, part manifesto, part storytelling, and 100 percent multi-sensory immersion – you will take an orchestrated tour of all your senses that will ignite your capacity for discovery and possibility. Wed., March 13, 11am & 1pm, R. 8ABC

Facebook Art Research Lab
Over three days (March 9-11, Sat.-Mon.), the Facebook Art Department – consisting of the Artist in Residence, Analog Research Lab, and Creative Engagement programs – will explore art's ability to foster empathy, drive social awareness, and bring people closer together through such events as: an exhibition of prints by Facebook-commissioned artists and designers from around the world, participatory maker workshops, film screenings, a community dinner, a live concert, a panel discussion on art as a radical act of sharing, a collaborative public mural with local nonprofit organization HOPE Campaign, and more.

Art Related Films at SXSW
Museum Town Documentary by Jennifer Trainer telling the story of contemporary art showplace MASS MoCA through the creation of Nick Cave's installation UNTIL
Stuffed Documentary by Erin Derham exploring the wild world of taxidermy
Well Groomed Documentary by Rebecca Stern exploring the question "What is art?" through the world of competitive creative dog grooming
Vision Portraits Documentary by Rodney Evans investigating his own vision loss through profiles of an artist, a dancer, and a writer who are also losing their vision
Why Can’t I Be Me? Around You Documentary by Harrod Blank and Sjoerd Dijk that profiles Russell "Rusty" Tidenberg, a mechanic and drag racer who faces rejection when he transitions
Leave the Bus Through the Broken Window What begins as a documentary about an international art fair in Hong Kong becomes a deeply personal story about the filmmaker, Andrew Hevia, when he turns the camera on himself

Exploring Black Digital History Through the Legacy of the Nike Air Force 1
Ciara Elle Bryant wonders when a shoe becomes an icon?

Austin For Ukraine: Round 2
The Vortex
Sex Witch: The Musical
at Fallout Theater
Anna In the Tropics
at Ground Floor Theatre
MORE ARTS EVENTS >>
NEWSLETTERS