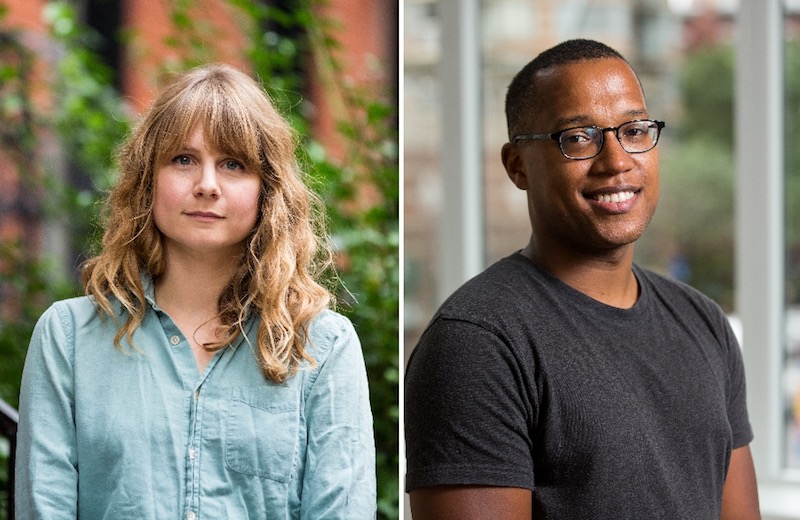 Aspiring playwrights are about to have two new reasons to want to come to the University of Texas – two big new reasons, and their names are Annie Baker and Branden Jacob-Jenkins. The two MacArthur Fellows have just been hired by the university to teach in the Department of Theatre & Dance and the Michener Center for Writers.

Baker's name will be familiar to anyone who's spent time at Hyde Park Theatre in the last several years. HPT Artistic Director Ken Webster is a major fan of her work and to date has produced Body Awareness, Circle Mirror Transformation, The Aliens, John, her Pulitzer Prize winner The Flick, and most recently, The Antipodes. One thread that runs through all of those scripts is a keen observation of human folly, and it can make her plays extremely funny, though not at the expense of her characters' humanity. As much as you may laugh at them, you're more likely to leave one of Baker's plays feeling more empathy toward her people than disdain.

Jacob-Jenkins has yet to find a champion in Austin's theatres, but he's certainly deserving of one. His play Gloria was a finalist for the 2016 Pulitzer for Drama, and last year Everybody was a finalist for the same prize. In 2014, his one-two punch of Appropriate and An Octaroon earned him the Obie Award for Best New American Play. If you're looking for a writer who will tackle race and class onstage, and do so with fearlessness and a sense of satire that will make you laugh and unsettle you at the same time, you need look no further than Jacob-Jenkins.

Associate Professor KJ Sanchez, who currently heads the playwriting and directing programs at UT's Department of Theatre & Dance, says that the two playwrights "are re-inventing what theatre can be and say. Their work brings a younger audience to the theatre, and they’re exactly the right artists for talking about our current culture, race relations, generational questions, and what it means to be human today.”

Sanchez is one more recent addition to the department roster that is making the playwriting program there an all-star team. Along with the prolific and renowned Steven Dietz (Yankee Tavern, Becky's New Car, Bloomsday, et al.), Rude Mechs co-founder Kirk Lynn (Fixing Troilus and Cressida, Your Mother's Copy of the Kama Sutra, Lipstick Traces), and Liz Engelman (founder and director of Tofte Lake Center), Sanchez, Baker, and Jacob-Jenkins elevate UT to the top ranks of training grounds for playwrights.