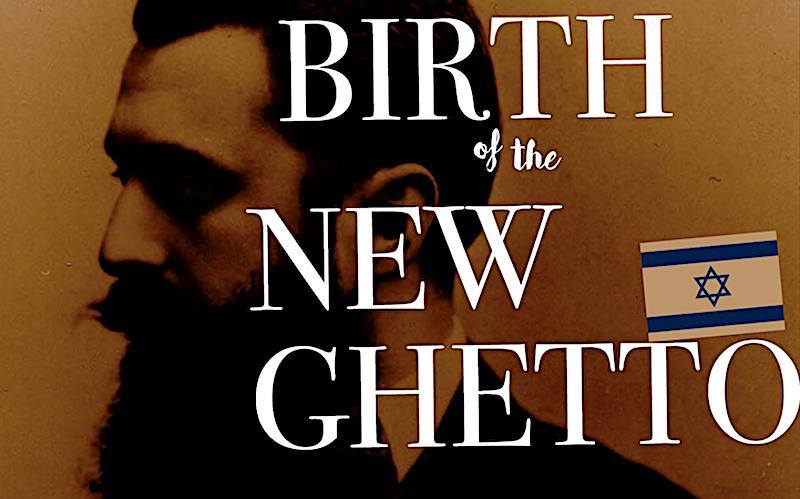 Of course it’s New York City’s own Timothy “Speed” Levitch who has written and is starring in this part of FronteraFest’s Long Fringe productions at Ground Floor Theatre.

“I’ve known Speed Levitch since high school,” says L.B. Deyo, president of Austin’s long-running Dionysium, former editor at Jinx magazine, and co-author of that Invisible Frontier book about urban exploration. “Most of that time, he’s talked about Theodor Herzl. He clearly identified with Herzl, probably because like Herzl, Speed is a playwright. And I don’t know how long he’s been working on this play, Birth of the New Ghetto, but it’s a loooooong time.”

Right, and Deyo himself is in the show, too – as is Juliette Bennett, also flying down from the Big Apple. This production is the staged version of a radio play, sort of like The Intergalactic Nemesis but without the comic-book graphics, and that roving audio savant Buzz Moran – the wizard behind such Alamo Drafthouse treats as Turkish Star Wars and other FoleyVision wackiness – is handling the live sound effects.

Speed Levitch’s Birth of the New Ghetto is “a historical drama in the shape of a borscht-belt comedy,” according to the official FronteraFest description. “Picture The Sorrow and the Pity, as written by Neil Simon.”

We’re picturing, we’re picturing. We’re also listening to L.B. Deyo point out, “This is the first production of the play. It’s a world premiere.”

It’s a world premiere, and it’s being performed tonight and on Wednesday, Friday, and Saturday, too. So – you want to see this thing? No, no, you need to see this thing. And you can get the details on how, citizen, and the tickets of reservation right here.