Austin Opera staged a victory worthy of the Lion of Venice

His face is bathed in a sickly green light, emerald droplets of sweat betraying his fevered state. His brow is creased, the eyes beneath it staring as if fixed on some sight that cannot be comprehended. The man looks lost, and when he opens his mouth, any doubt that he is is swept away. His voice is a roar of anguish, bewailing the loss of everything he’s stood for. 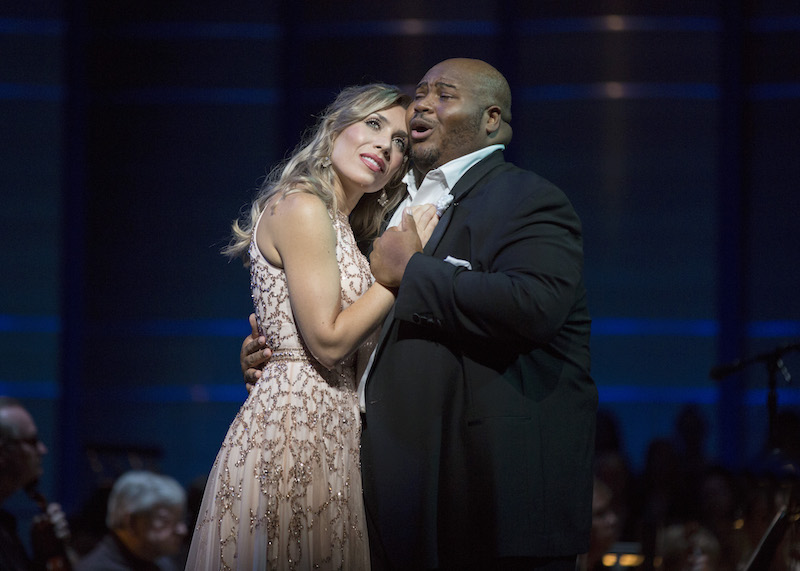 Everything he’s poured his heart and soul into – his calling as a warrior, his victories in battle, the pure love of his wife – he must now bid farewell, and it comes out in one monumental, tormented cry, “Otello’s glory is gone!”

To have witnessed that moment in Austin Opera’s just-closed concert staging of Giuseppe Verdi’s grand tragedy was to see a towering force brought low, a great timber felled with a thunderous crash. Issachah Savage gave us the title character of Otello in the fullness of his power, his honor, and his agony, revealing it in every aspect of his being and spectacularly through the music of Verdi. The tenor showed an impressive feel for the composer as Aida's Radamès in his debut with the company three years ago, but here he seemed at one with the score and its expression of Otello’s character and feelings. In his first entrance, during the opening storm scene – with guest conductor Steven White whipping the orchestra and chorus into a tempestuous fury – Savage’s high cry of “Esultate!” (“Rejoice!”) cut through the clamor like a streak of brilliant sunlight breaking through dark clouds. He filled Dell Hall with both his voice and his presence, and as his Otello was tricked into believing his wife Desdemona was unfaithful to him, Savage also filled it with a sense of suffering and betrayal. 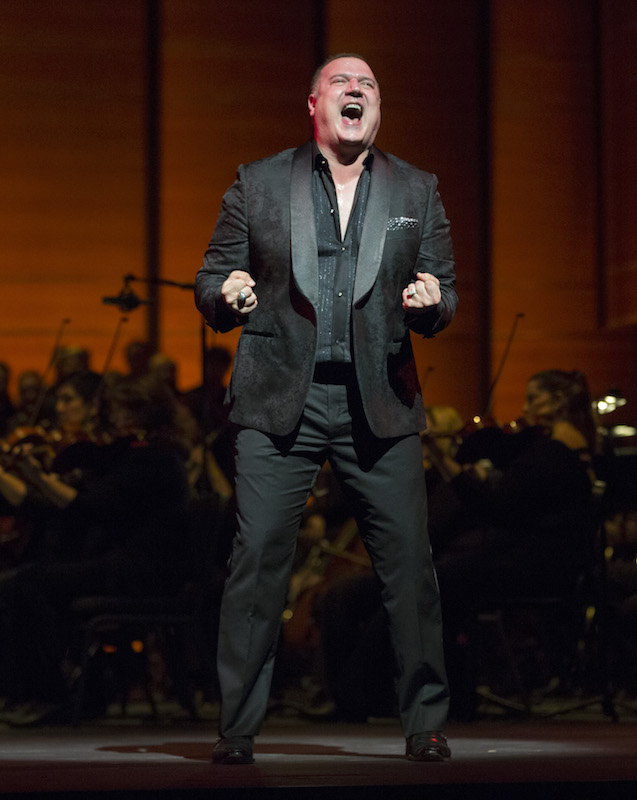 Of course, Desdemona’s infidelity is a lie sold to Otello by his venomous ensign, Iago. Michael Chioldi, a familiar face and voice with Austin Opera, embraced the character’s malevolence with a macho swagger – feet set apart, arms thrown open, smile broad. His Iago sailed on the sea of his own confidence, cocksure he could sink his general with a falsehood and a stolen handkerchief. And Chioldi made it hard to think otherwise. He fueled the villain’s “Credo in un Dio crudel” (“I believe in a cruel God”) with a conviction bordering on the demonic, his baritone darkening with talk of death as nothingness and snarling out “è vecchia fola il Ciel!” (“Heaven is an ancient lie!”), then ending with a boastful laugh. Illuminated by Thomas Hase’s red lighting, he seemed a devil born of hell. Mere minutes later, the same light made Savage’s Otello a soul enduring infernal torture in that same hell. The duet of Savage and Chioldi on “Sì, pel ciel marmoreo giuro” (“Yes, by the marble heavens I swear”) had the force of an earthquake.

But none of this would have carried the impact it did had it not been for the strength and feeling of the production’s Desdemona. Marina Costa-Jackson, fresh from her Austin Critics Table Award-winning turn as Violetta in La Traviata, radiated such integrity and sincere love for Savage’s Otello that just his suspicion of her felt heartrendingly unjust. When Otello’s action toward Desdemona escalated to cruelty and rejection, Costa-Jackson responded with looks of confusion that mirrored Savage’s when his Otello contemplated his wife’s betrayal. Indeed, as she sang the tragic “Willow Song” (“Mia madre aveva una povera ancella”), Costa-Jackson’s Desdemona appeared as lost as Savage’s Otello, unable to find her way through this impossible landscape. And yet, in the character’s last prayer, the soprano’s resplendent voice and gentle treatment of the “Ave Maria” re-established Desdemona as the picture of modesty and humility – a touch that made her death at the hands of her great love a tragedy on a grand scale. 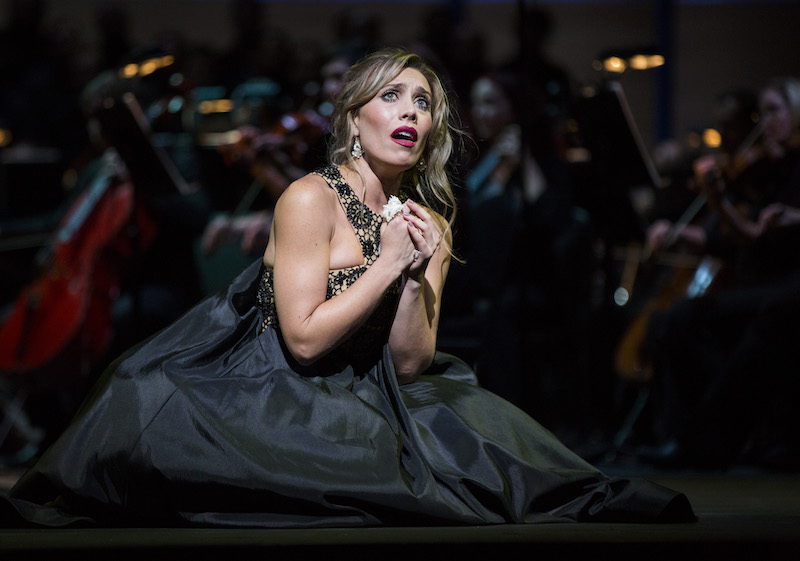 One expects such sweeping drama and emotion in opera to be accompanied by grand spectacle, but Austin Opera achieved it here with only a couple of benches, lighting, and performers in concert dress. It’s a tribute to the company and the talent it engaged here, not to mention Rebecca Herman’s elegant and smart staging, that this Otello scaled heights that many a lavishly staged production don’t reach. This was a victory worthy of the Lion of Venice. 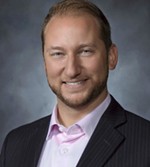