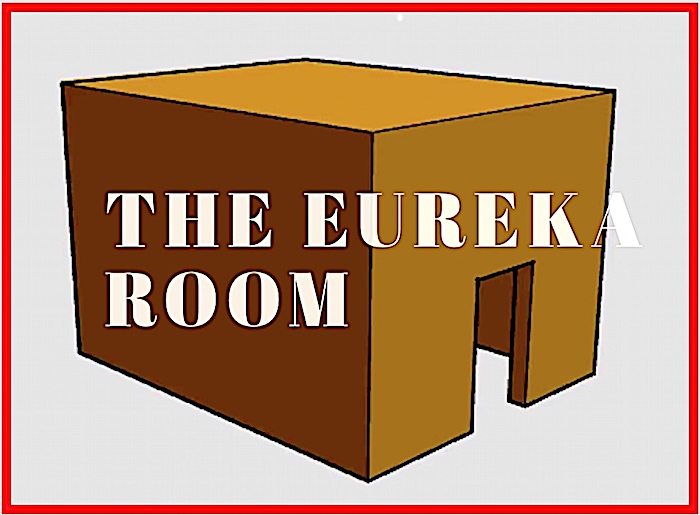 If you’re Mike Stefanik, who’s built something called the Eureka Room in the spare bedroom of his house in East Austin, you’re going to take those LEDs and you’re going to make the immersive, light-flooded, music-enhanced installation you’ve been planning even better than it would have been.

“People tell me, ‘Wow, that’s like James Turrell,’” says Stefanik. “And I’m like, ‘Well, thanks – but mine actually does something!’”

Hey – let me tell you how I heard about this Eureka Room, give you an idea of what a bright revelation it is?

Mike Stefanik is the man responsible for that Austin Events Calendar that hangs on so many local walls and lets people know what’s coming, big-eventwise, throughout the year. I know this, because he always sends over a bunch of calendars to the Chronicle offices, via his pal Kristine Tofte (who used to work at the Chron, but recently left to toil in the commercial depths of KXAN).

And that’s all I knew about the man: Pretty much nothing.

And then the departing Tofte mentions that her calendar-publishing pal Mike is concocting some light-installation sort of deal for EAST this year, and would I like a preview of it?

Well, what the hell. The thing’s in Cherrywood, not so far from the office, the guy’s a friend of Tofte’s, and I kind of need to know what’s going on in this town. I’ll, sure, I’ll just go and give this installation a little look-see, no big deal.

I figured I’d go and check the thing out and be, you know, underwhelmed.

Because it’s just a home-made installation, this Eureka Room, right? At most it was gonna be, what, charming? Maybe, from a strictly geekish perspective, technically impressive?

As I stand in his front room, afterward, happily dazed by my brief experience, Stefanik tells me: “I bought, tested out, and returned so much stuff from Amazon – thousands of dollars worth of projectors, sound systems, and other equipment – that they emailed me, asking what was going on. I wasn't sure how to explain.”

I’m not sure how to explain the Eureka Room, either, reader. But I can tell you that this is a part of EAST that you really shouldn’t miss: A chance to see the sort of sensory wonderment that a quirky, multidisciplinary savant – Stefanik created the music for the thing, too – can conjure in his humble home in an unassuming little neighborhood off Manor Road. Thanks to a little help from his friends; and with the softwares of TouchDesigner, Final Cut Pro, and Garageband; and especially, among all the other materials, that unexpected double-density order of LEDs from China.