In all the drama of Election Day, some of the drama of the day before was a bit overlooked – that would be the drama of the B. Iden Payne Theatre Awards. The 44th annual awards ceremony was held at the Austin Scottish Rite Theater Monday, and more than 30 shows from the 2017-18 season received awards, with three of them earning four awards apiece. 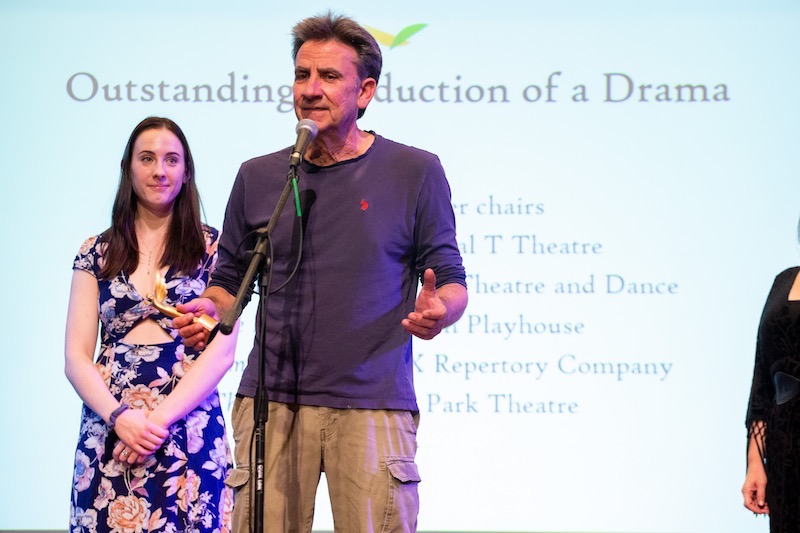 The Rude Mechs' third entry in its Fixing Shakespeare series, Fixing Troilus and Cressida was rewarded with the prize for outstanding comedy production, along with awards for director Alexandra Bassiakou Shaw, actor Jeff Mills, and the entire cast.

The UT Department of Theatre & Dance production of The Drowsy Chaperone was honored as the outstanding production of musical theatre, and it also garnered prizes for director Nick Mayo, leading man (in chair) Scott Shipman and, playing the titular chaperone, Emily McIntyre.

Another musical, the Austin original Rob1n by the Best of Austin Award-winning team of Damon Brown and Allen Robertson was named outstanding production of theatre for young audiences, with triple-threat Robertson also taking home awards for his original score, direction, and musical direction. Consider that also a big win for producing company Summer Stock Austin, which was also honored with awards for Ginger Morris' choreography for The Music Man and Joe Kelley's performance in Dirty Rotten Scoundrels.

Also making a strong showing was Jesus I. Valles, whose autobiographical solo show (Un)Documents won him awards for both his original script and his performance, as well as an award for the show's director, Rudy Ramirez. 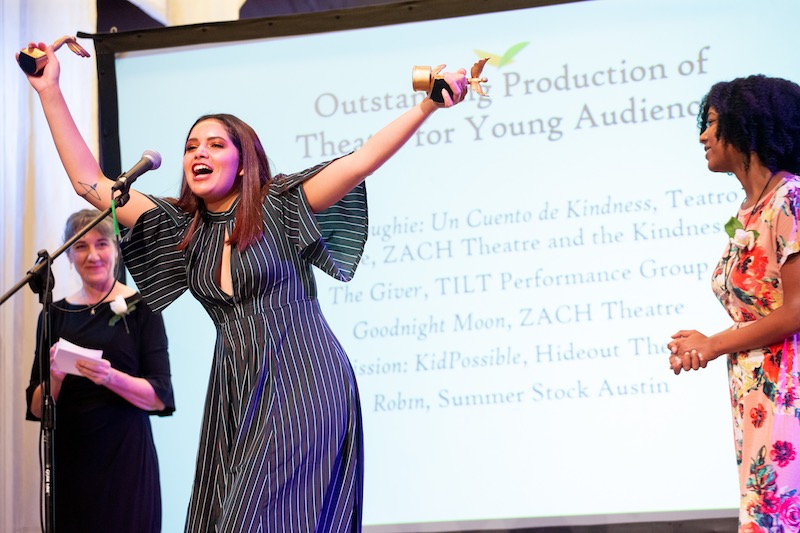 Actor
Chase Brewer, The Lion, the Witch and the Wardrobe

Lighting Design
Rachel Atkinson, The Curious Incident of the Dog in the Night-Time

Media Design
Stephanie Busing, The Curious Incident of the Dog in the Night-Time