Liz Fisher may be spending most of the next six weeks holed up in cramped rehearsal rooms and drab, tedious techs to get Street Corner Arts' next show ready for opening, but tonight, she's one of the Manhattan swells, glamming it up at a bona fide gala. That's because she's being presented with one of the 2018 Princess Grace Awards in NYC. 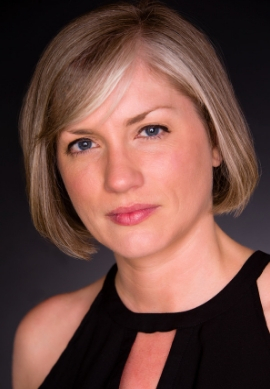 Yes, the prodigiously talented Fisher will be at the staggeringly posh Cipriani 25 Broadway this evening for the Princess Grace Foundation-USA's annual presentation of awards to emerging artists of distinction in theatre, dance, and film. The awards consist of $1 million in grants which may be presented as scholarships, apprenticeships, and fellowships. Fisher is one of nine theatre artists to be honored this year, and she's receiving a scholarship that will help her complete her master's in directing at Texas State University, where she's Resident Director at the Texas State New Play Lab.

Unless you've made the trek to San Marcos in recent years, you probably missed Fisher's productions of Hamlet, Lyon’s Den, Belleville, The Countdown, Akashic Permutations, The Demolition Downtown, and Tennessee Waltz. But if you've been out and about the stage scene here, you may well have caught some of her directorial projects, such as Shrewd Productions' The Afterparty; Street Corner Arts' Constellations; Whirligig Productions' Deus Ex Machina (which Fisher also wrote); or Breaking String Theater's Vodka, Fucking, and Television. (And that's not even getting into her extensive acting credits, such as The Dragon Play, Uncle Vanya, Bombs in Your Mouth, Dug Up, Featuring Loretta, The Seagull, etc., etc., etc.) Suffice to cap her distinguished résumé with the Stage Directors and Choreographers National Directing Award from the Kennedy Center American College Theater Festival and a fellowship to the Eugene O’Neill Theater Center. Oh yes, and let's not forget that she's the longtime program coordinator for UT's Shakespeare at Winedale program. 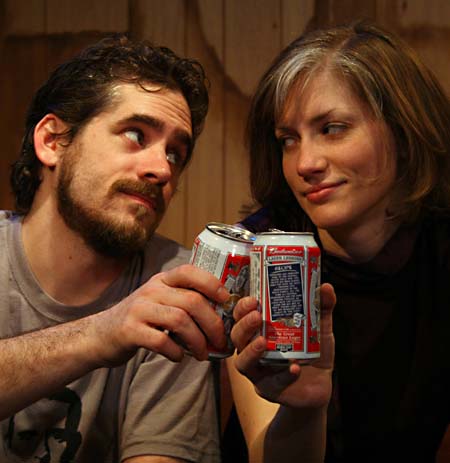 Fisher and Joey Hood in Bombs in Your Mouth

No doubt she'll look like the epitome of style and class at the ceremony, and here's hoping she snags a selfie with emcee Bebe Neuwirth. We're also crossing our fingers that she and hubbie Robert Matney (himself an esteemed, award-winning theatre artist) will paint the town red. But then it's back to Texas and back to work on that new Street Corner Arts show by emerging playwright Jackie Sibblies Drury. After all, We Are Proud to Present a Presentation About the Herero of Namibia, Formerly Known as South West Africa, From the German Südwestafrika, Between the Years 1884-1915 won't direct itself. 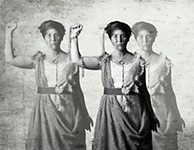