'Tis the season for spooky activity, but if your taste for ghoulies, ghosties, and things that go bump in the night leans toward the nonfictional – i.e., you want to believe they're out there and seek evidence of their presence, then we'd like to recommend four spots in Austin that ought to scratch your ghost-hunting itch this week. First up is The Night Owl Podcast, a locally produced audio series in which local filmmaker Stephen Belyeu pursues his lifelong passion for the paranormal by seeking out haunted sites based on stories people have told him, then investigating their accounts himself through a blend of historical research and visitations with a medium. Over the past year, he's produced a dozen episodes, with deep dives into the hauntings of such Austin institutions as the Tavern, the Clay Pit, and Spider House. (We confess that it didn't take more than a couple of episodes for us to get hooked on The Night Owl, especially with the real-time spiritual contact made by his psychic colleague, Sara.) The initial season is available on the show's website, along with supplementary information and images. The reason to check it out this week is that Belyeu is marking the debut of Season 2 with a live event at Pioneer Farms on Thu., Oct. 11. Called Free Range Spirits, the event is a partnership with the storytelling initiative Story Bar and will feature true-life tales of the paranormal, tarot readings, and ghost tours of the historic farm. The thrills and cgills start at 7pm at Pioneer Farms, 10621 Pioneer Farms Rd. For tickets, visit the Story Bar website.

Of course, for some of you, listening may not be enough proof of the paranormal. So if for you, "seeing is believing," then you might want to head over to YouTube, where The Paranormal Files takes cameras into haunted sites around Texas and occasionally outside it to see what evidence can be found. The show is the brainchild of University of Texas students Colin Browen and Nick Doty, who, with major assist from Payton McWhorter, Browen's co-host, have been cranking out two episodes a week for four years. The investigations take more of the high-tech approach to ghost hunting, with video supplemented by gadgets measuring energy and temperature levels. They capture at least as much inexplicable and mysterious material as the name-brand spirit chasers do on prime-time cable. This month, The Paranormal Files is kicking it up a notch for Halloween by releasing a full-length documentary each week this month. Browen, a native of Sioux Falls, South Dakota, has promised a couple of investigations in his hometown: Ghosts of the Orpheum, set in a historic theatre, and The Lost Graves of Sioux Falls, investigating deaths of individuals around town, including Native Americans. Other documentaries were shot in Salem, Mass., at Gallows Hill and at the onetime home of a sheriff who allegedly tortured women accused of witchcraft; one was shot in the Bridgewater Triangle in Massachusetts; and the last one, shot around Austin, focuses on haunted objects. Plus, on Halloween night, the show is hosting its second-ever live broadcast. For more information, hunt the Files down on YouTube. 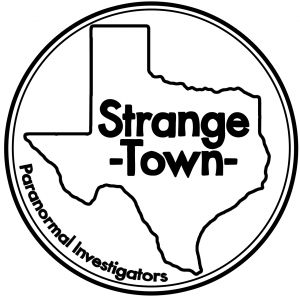 Another visual look into the paranormal is provided by Billy Driver and Mark Morrow on Strange Town, who met while working at KLRU and launched a short-form web series on unexplained phenomena five years ago. They were able to grow that into a full-blown television series that's been distributed across Central Texas through KLRU and nationally thru PBS digital platforms. The pair have produced a dozen episodes on their first two seasons of Strange Town, with each half-hour show looking at a different site in Central Texas. Their investigations are as interesting for the history behind the hauntings as the visual and audio evidence of the paranormal that Driver and Morrow capture. Now, they're launching Season 3 (and soliciting support on Patreon), but they're also conducting live paranormal investigations at the Magnolia Hotel in Seguin – a haunted location they've spent a lot of time in – and though the tickets to the pre-Halloween events on Fri., Oct. 26, and Sat., Oct. 27, appear to be sold out, demand may prompt them to add an additional public investigation in the future.

If all these shows have you hankering to hunt haints yourself, then you'll want to drop by the next Sisters in Crime meeting on Sun., Oct. 14. The Heart of Texas chapter will have as this month's guest speaker Robert Ansley, an actor, director, and producer of short films who also runs a business called Austin Paranormal Research. The former Austin Police Department officer and globe-trotting security expert investigate client claims of hauntings and poltergeist activity in the greater Austin area with his business partner, Elizabeth Lloyd. The two have had work published in Paranormal Review, the magazine of the Society for Psychical Research in London, UK. 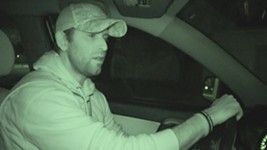 The Voices in My Head Tell Me to Watch More TV
Are you going insane? No - someone is just shooting ads in the form of inaudible sound beams into your head.