As so many great things do, Midterms Matter began over tacos.

Elizabeth Chapin, Rachel Lomas, and Miguel Rangel, spurred to action following the Parkland shooting, began meeting to discuss what they, as creatively-minded people, could do to help effect positive change. After working with high schools for March For Our Lives, they decided to set their focus on young Americans. Others soon joined the cause, including Golden Dawn Arkestra band member Rose Barnett.

“We’re all just doing what we can,” Barnett said. “We have this really amazing, diverse group of people that came up with this idea, and we just wanted to figure out how we can make a difference.”

The answer: a non-partisan, grassroots campaign focused on increasing millennial voter turnout. The initiative, led by a group of civic-minded creatives, aims to use art as an inspirational tool to get people to the voting booth this midterm season.

“People don’t even know what midterm elections are,” Barnett said. “We think [voting] is an American honor that we should be practicing and not just preaching. Yet the numbers show that we’re not practicing.”

To reach young voters while incorporating art, the core project of Midterms Matter is centered at the upcoming Austin City Limits music festival. Made possible through a partnership with ACL Cares, local artist Xavier Schipani will live-paint a 32’ x 8’ mural over the first three days of the festival. Representatives from Headcount (another non-profit voter initiative) will be stationed nearby to register voters, as will teenage volunteers ready to engage festival-goers with the project. Custom merch designed by Mishka Westell (who also designed the Midterms Matter logo) will be available and distributed to festival artists.

“The first weekend is really a last call to vote,” Barnett said. “We’ll be focusing on registration. The second weekend is more about getting people to pledge to vote and just continuing the momentum into Oct. 22, which is when early voting starts.”

For the members of Midterms Matter – which also includes Chapin’s husband Nathaniel, Nak Armstrong, Walter Marcantoni, and Shanna Weisfeld – art can go beyond some of the more information-based channels, engaging people emotionally. They believe emotions work to get people past apathy. 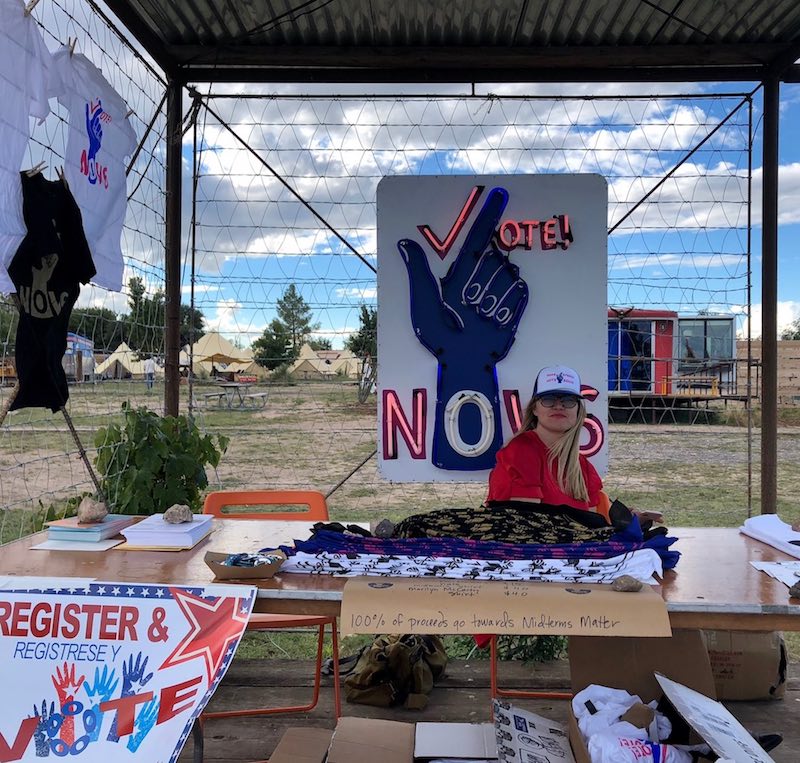 This ideology extends to their social media, which is fittingly run by millennials, two daughters of board members. They create much of the content themselves, which includes memes and short video interviews asking people, “Do you feel like this is your America?”

“We tried to get it up and running and then they got involved and said, ‘Please just stop,’” Chapin said. “They felt that they were being talked to, and since they’re the group we’re trying to reach, I really wanted it to come from within.”

The message of Midterms Matter has clearly resonated with others, as seen through the fiscal support given to the organization by other groups such as Downtown for Democracy and Austin Community Foundation, as well as local businesses like Justine’s, which is organizing a backstage photo booth for Midterms Matter at ACL, and Pilgrim Building, which is providing materials for the mural.

“People fundamentally still believe in democracy no matter what age they are, but people do feel like their vote doesn’t matter,” Barnett said. “That gives us a very clear-cut mission to really educate and motivate people about why their vote matters.” 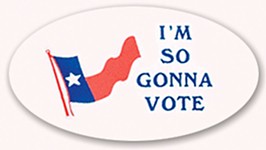