As with so many local institutions that have shut down, news of HOPE Outdoor Gallery's demolition was met with sighs over Austin's lost weirdness. However, news of the graffiti park's demise are greatly exaggerated. Instead, it will be relocated and updated at Carson Creek Ranch near the Austin airport in 2019. 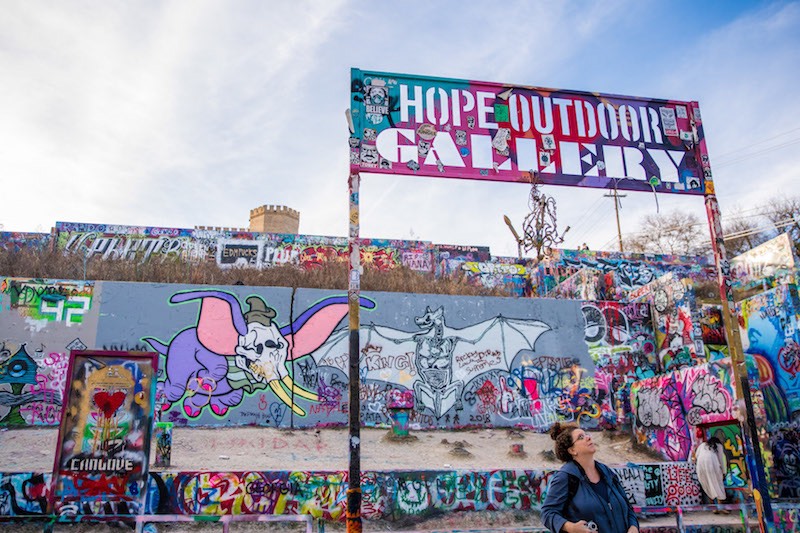 In order to make this re-establishment successful, the project needs funding. To that end, the first Graffiti Gala will raise money through a general admission of $25 (more if you want that VIP status), patrons will be able to attend the gala at the Belmont on Saturday, Sept. 22, from 8pm to midnight.

The gala will feature 12 local artists donating their work for a silent auction. Fifty percent of the proceeds goes back to the artists, and the other half goes to the HOPE relocation.

The gala encourages “graffiti chic.” Some patrons donated $100 to have artists of their choice design and handpaint their outfit in advance, so they can be worn at the gala. 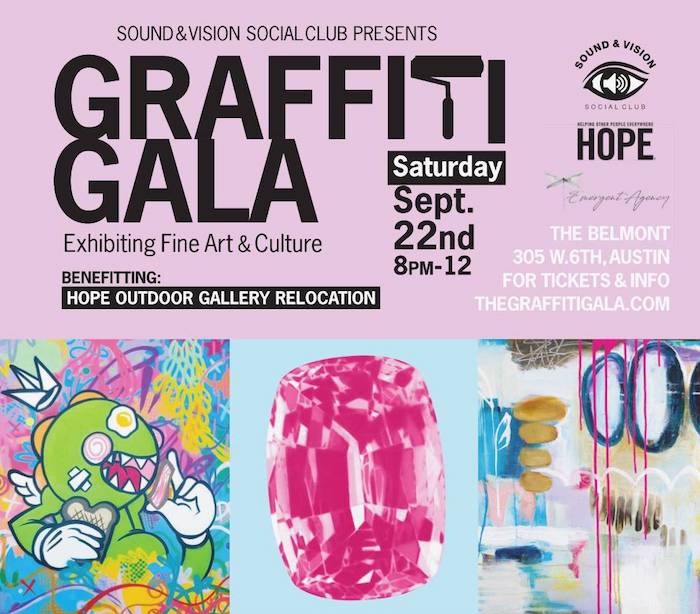 Unfortunately, you missed the deadline for that charitable party perk. However, event creator Bethany Allee says it is likely artists will take requests and spontaneously paint clothes during the event. “I would not be surprised if additional people add paint to their clothing that night,” says Allee.

In addition to the fundraiser, patrons can purchase HOPE bricks that will be placed in the relocated park as a way to remind people that HOPE is alive and well.

The new structure will address old concerns artists had at the original location. For instance, the park will have sanctioned areas for professional and amateur artists. Because of this, Dave Lowell said he would be more likely to visit this park. He wouldn’t have to worry about spending hours on an art piece only to see amateurs carelessly paint over it moments after its completion. Read Kate Groetzinger's article about Austin's complicated relationship with street art.

“It’s tough to come up and put in a lot of time and see your work not last,” Lowell says. “Who wouldn’t want to go up there [to the new location] and have something that’ll be visible for awhile?”

While HOPE is already an iconic attraction, some Austinites say the new location has the potential to be much more. “This new evolution of HOPE is not only a continuation of something that’s cool in Austin," Allee says, "it’s actually the evolution of making it better." 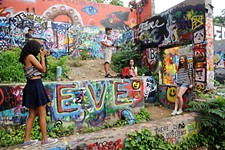 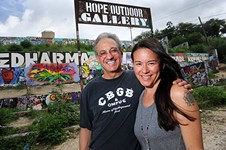 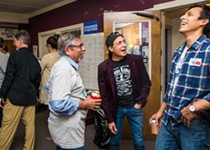 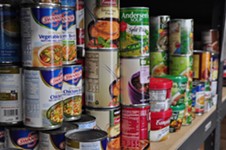