Who Says There’s No Art Openings This Weekend?

Are you kidding, citizen? Are you, what, pulling our cultural leg?

There are a few openings.

Actually, there are several.

Alright: There are so many openings, FFS, that we can barely keep track of them, even. 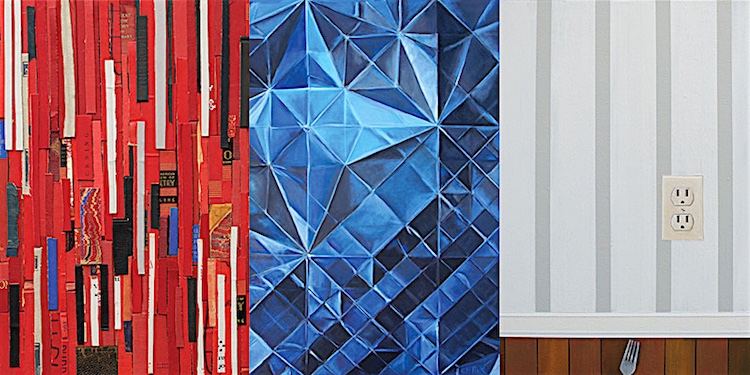 The new three-artist "De/Construction" show at Davis Gallery is, in a word, gorgeous

But we do keep track of them – here, for instance, and constantly updated for your local savvy – and we’re telling you about them right now, too, because wow.

Because wow, we say, especially in the case of The Contemporary Austin, opening Huma Bhabha’s extraordinary “Other Forms of Life” show this Saturday. And Sumaiya Malik tells you more about that right here.

And that’s just the most obvious one, right Downtown.

On that same Saturday, there are receptions for the “Serene Disturbance” exhibition from Dameon Lester at grayDUCK Gallery, Vy Ngo’s abstract works at Recspec (with simultaneous openings at Camiba and Flatbed in that same glorious and multipartite compound). Not to mention – although, gosh, I guess we are mentioning – Chad Rea’s “Upon Hearing the #News” at Crabtree Roth, and the fantastic “De/Construction” show at Davis Gallery. And the Harry Ransom Center has a big Ed Ruscha exhibition going already, right? Yes, and on Saturday that canny Lora Reynolds Gallery amplifies those HRC holdings with Ruscha’s “Gumbo of Gravel” show. And the multimedia phenom known as J. Johari Palacio galvanizes the structured volumes of Slantspace with some "Gravitas."

And Mexic-Arte’s revealing their “Viva la Vida” celebration of Dia de los Muertos, too, but they’re doing that tonight.

And Sunday brings the unveiling of “Self Storage,” a new Testsite collaboration with Rebecca Bengal and Dave Bryant.

And we haven’t even said anything (in this post) (yet) about Raw Paw’s grand opening or that Loop Mass 2: Advanced Plants phantasmagoria from the Austin Museum of Digital Art.

No, goddamnit. There is no more “and.”

Already there’s too much for you to do in Austin, visual-artswise, isn’t there? In the morning. In the evening.

Ain’t we got fun.

Art Openings, Busy Arts Weekend, So much to do, so much to see, AAAAAAAAH, FOMO!