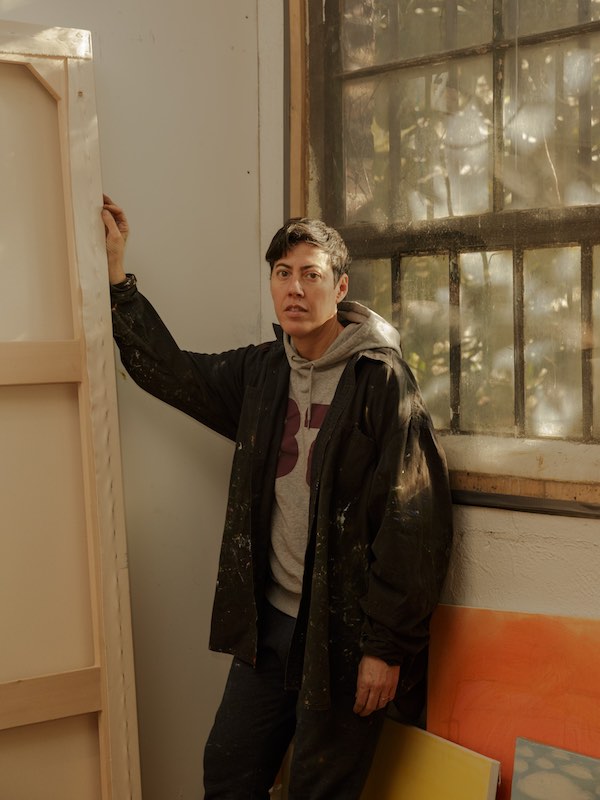 Eisenman is an artist whose career spans three decades and is packed with honors, including a 2015 fellowship from the MacArthur Foundation, the 2013 Carnegie Prize from Pittsburgh's Carnegie Museum of Art, and the induction this year into the American Academy of Arts and Letters. When she received her MacArthur "genius" grant, Eisenman was praised for "restoring to the representation of the human form a cultural significance that had waned during the ascendancy of abstraction in the 20th century." She's best known for her paintings and drawings, which are routinely full of social commentary, much of it witty and arch, and can sometimes appear to draw on the entire history of Western art for styles and techniques. But Eisenman has been turning out more three-dimensional work of late, sculptures that also draw on the figurative tradition and play with it in a contemporary manner. Heather Pesanti, the Contemporary's chief curator and director of curatorial affairs, led the advisory committee that chose Eisenman for the Booth/FLAG Art Foundation Prize. Also on this year's advisory committee were Ian Berry of the Frances Young Tang Teaching Museum and Art Gallery; Lauren Haynes of the Crystal Bridges Museum of American Art; Eungie Joo of the San Francisco Museum of Modern Art; art critic Helen Molesworth; and Lilian Tone of the Museum of Modern Art in New York; with institutional advisor Stephanie Roach of the FLAG Art Foundation.

As Eisenman is the 2020 winner of the prize, she will present a solo exhibition at the Contemporary's Jones Center on Congress Avenue in February of that year, with an option to extend the exhibition to the sculpture park at Laguna Gloria. A related exhibition will open at the FLAG Art Foundation in New York in the fall of 2020. Along with the exhibition and monetary award, the prize includes a scholarly publication and development of public programming around the exhibitions.