Austin visual artist Pio Pulido passed away July 12. Pulido co-founded the Mexic-Arte Museum in 1984 in addition to being a prolific artist in his own right with many exhibitions over the years in both the United States and Mexico.

It is with great sadness (but eternal hope), that I announce the death of my very kind, gentle and talented friend-- Pio Pulido.

Pio was diabetic and suffered kidney failure. He had been there a few days and slipped into a peaceful sleep and died holding hands with his friends and brother at his side.

More details about his funeral to come. 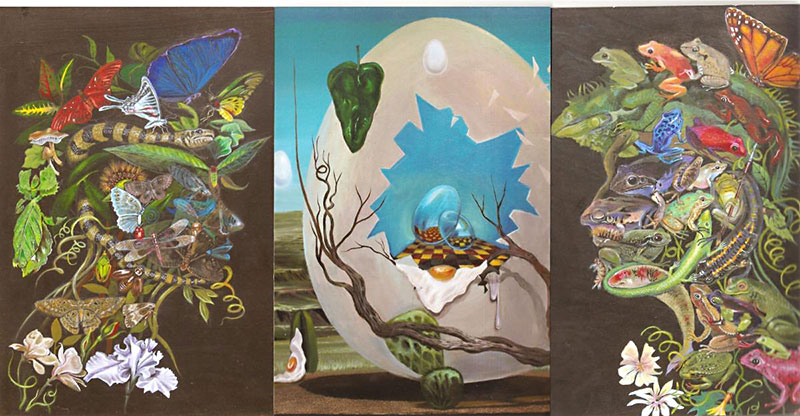 Sam Anderson-Ramos said in his review of Pulido’s 2017 Mexican American Cultural Center show called “The Last Exhibit of the 20th Century,” “Pulido does so many things that it's difficult to pin down a particular strength.”

In a 2001 Chronicle article “Sin Fronteras” about the intertwining art of Austin’s Latinx community, Rob Curran described Pulido’s beginnings and desires for the future:

To Mexico City native Pio Pulido, who, with Sylvia Orozco and Sam Coronado, is one of the founders of Mexic-Arte Museum, roots mean a direct line from a Mexican master. He relives his encounter with genius in a breathless tale. A brazen talent at the age of 15, Pulido received an invitation to attend an artists' conference in Mexico City. At the conference, he found himself in the company of David Alfaro Siquieros. The old master stormed in late, leaped onto a table, and transformed dinner into a raucous debate. The organizer of the conference, a lady half Siquieros' size, reached up to slap him across the face. "Coming from you, that is a flower," said Siquieros.

The master artist even inspired Pulido's choice of a 21st-century medium: acrylic paints. "Siquieros taught Jackson Pollock and all his generation about art," says Pulido. "He made a statement: Contemporary artists need contemporary subjects, contemporary techniques, and contemporary media." Pulido experienced the strength of personal inspiration. This is a torch he wants to pass on to young artists. 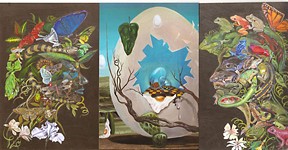