Because you don’t want to miss a good Austin thing

If you don’t want to miss a good Portland thing, fuckin’ move to Portland and follow their recommendations. Same for Brooklyn, San Francisco, Las Vegas, yadda-yadda-yadda.

Austin is your city, and its delights await you right now: 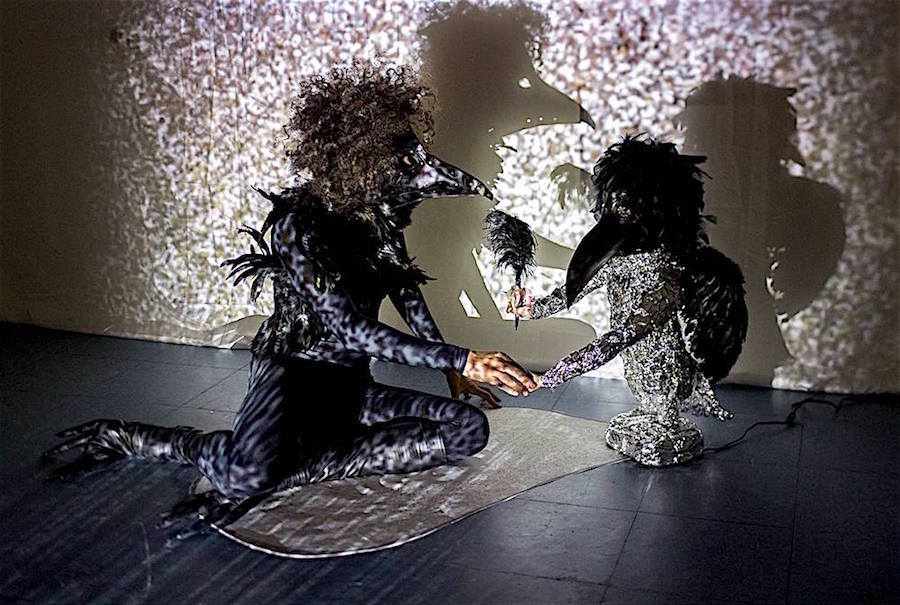 This Is a Test of the Internal Emergency Broadcast System

1) If you like visual art that can knock you off your ass with its power and odd beauty, then you’ll want to see Yuliya Lanina’s performance for the closing reception of her This Is a Test of the Internal Emergency Broadcast System at the Museum of Human Achievement this Friday night. Painting, interactive sculpture, animation, and more will vividly evoke “the mechanized nature of human life and a state of perpetual unrest” and give you something to talk about for decades.

2) Maestro Peter Bay’s been with the Austin Symphony for 20 years, but this weekend’s fully staged, 300-person-strong version of Leonard Bernstein’s MASS at the Long Center – glorious, powerful, spiked with blues, jazz, rock & roll – is likely the pinnacle of his entire career. And since the show also features Conspirare, Panoramic Voices, Ballet Austin, UT’s Marching Band, the African Children’s Choir, Mitch Watkins, and more … at the very least, citizen, it’ll be the highlight of your year.

3) Okay, yes, we’re partial to comedians who are as smart as they are funny – as long as they’re really funny. And, yes, she does occasionally write for us. But Austin’s Carina Magyar is hilarious, tell you what, and she's recording a live album (with Sure Thing Records) at ColdTowne Theater this Friday and Saturday night. You know how it actually hurts if you laugh too much? After catching one of these Magyar gigs, you’re probably gonna need a hot bath and a highball of 90-proof ibuprofen.

4) “First thing we do,” said some Shakespeare character or other, “let’s kill all the lawyers.” And there’ve been times when we’re totally behind that sentiment, sure. But, hey, hashtag not-ALL-attorneys, right? And what if the fucker’s one of the undead, anyway? Note: Austin’s own Raymond Villareal, UT Law School grad, isn’t the least bit nosferatic (as far as we know), but this Friday night he’s presenting his debut novel at BookPeople: A People’s History of the Vampire Uprising.

5) Speaking of bloody things, how about a little early Halloween for you this summer? Last year’s popular Fright Gallery from Blood Over Texas returns (as Fright Gallery 2, of course) with its one-day festival of fears: featuring the work of more than 30 horror artists, tempting your wallet with a rogue’s gallery of gruemongers, and looming sonically with the ominous and string-sizzling atmospherics of that Blood Over Texas Horror Chamber Orchestra – this Saturday night at Mosaic Sound Collective.
Jason Vines, where you at?