In which your cultural FOMO is subdued via this handy listicle

Hie yourself beyond the screen, citizen, and dig some of this IRL stuff instead: 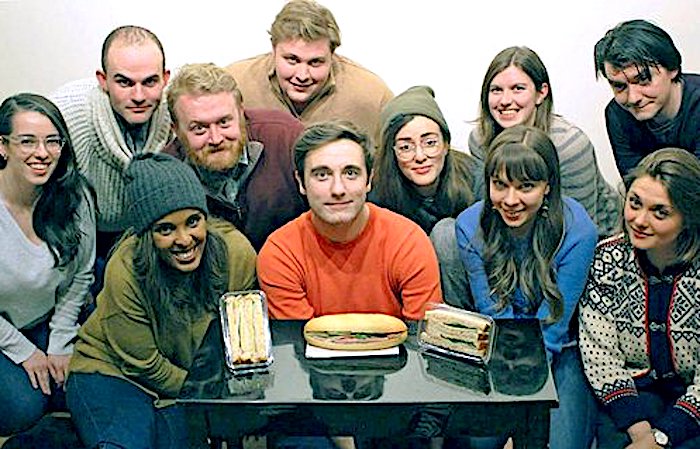 1) The ninth annual Austin Sketch Fest reaches its comedy apotheosis this weekend, with all manner of local and visiting performers and events bringing the laughs at ColdTowne and the Fallout Theater – and there’s even a Spider House show or two. Of course there’s a wealth of pro-level antics also going on elsewhere in town at the same time – hell, that Chris Tellez is rocking the Velveeta Room stage on Friday and Saturday nights, and Courtney Hopkin’s Sexy Future Space Lady continues lasering up the ol' matmos at The Hideout – but, we mean, c’mon: The Austin. Sketch. Fest.

2) A hero’s journey with a feminine twist, and … a campy romp through particle theory? Color us intrigued, at first, but then Photoshop that color to totally stoked as we realize that this Apocalypse Wow! show, this “dark comedy for adult audiences, featuring puppetry of objects, physical theatre, and trash art,” is produced by Glass Full Theatre at the Vortex – and stars Indigo Rael as Polly Mermaid, dealing with the artificial vicissitudes of the Great Pacific Gyre. Makes sense that this show is up so near graduation time, because we have just one word for you, Benjamin.

3) That periodical journal of progressive culture, that literarily inflected collection of text and image with the lowercase title, that well-designed object called fields magazine releases its new issue at Slantspace this Friday night. Sufficient reason for celebration: Achieved. But they’re also showcasing visual art by Samantha Wendel and further exciting the crowd wth music by JT Whitfield and Neil Lord. Bonus: Beverages from Hops and Grain.

4) Killer Girls. Girls who kill, in other words. And who, precisely, do they kill in this arch musical romp from the mind of Kaci Beeler and the prodigious resources of American Berserk Theatre? Well, ah, hey – do the words “fuck the patriarchy” mean anything to you, citizen? Suggestion: See our thumbs-up review right here and get tickets, if you can, for this final weekend.

5) Oops, we’re doing it again: We’re going beyond the weekend here, to tell you about a thing that's happening on Tuesday night. Because we’re not security troops guarding nuclear missiles, no, but tbh we fuckin' loooooove LSD up in these parts. So we’re really pleased to note that Michael “The Omnivore’s Dilemma” Pollan is evangelizing the use of our favorite psychoactive substance in his new book How To Change Your Mind, and he’ll be presenting it – the book, not the acid – at the Central Presbyterian Church that night. Thanks, BookPeople!