They Made Me Do It: Five WEST Picks!

Carefully curated, under dire conditions, for your weekend pleasure

Everybody’s got ideas about what to see during the 2018 West Austin Studio Tour’s second (and final) weekend, right? Because it’s a gargantuan and overwhelming event, and everybody is offering recommendations.

Everybody, that is, except me. 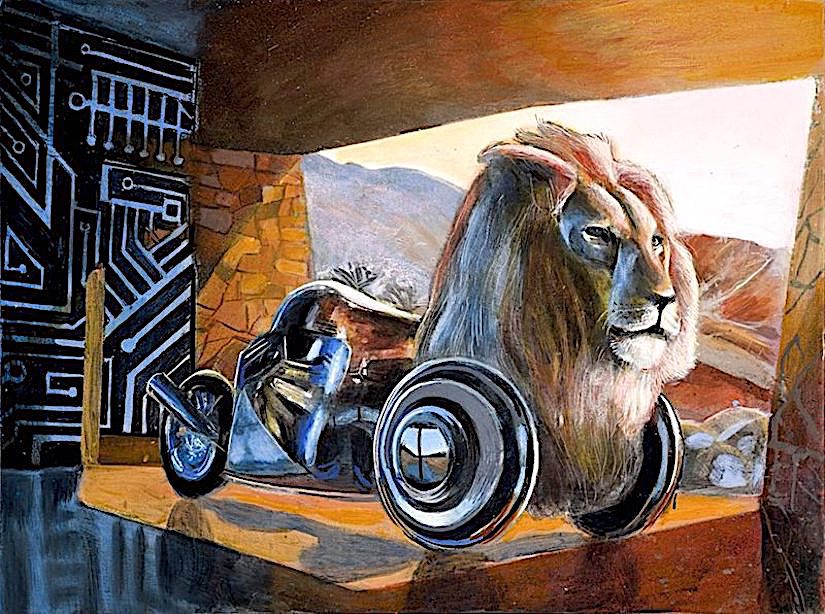 Because tbh I’m also trying to cover visual arts in other parts of town … and a few of the bigger food events, too … and not to mention, whoa, there’s also some compelling dance performances going on …

But now my shadowy masters here at Austin’s favorite altweekly are, like, they’re poking me with sticks. Yeah, with really sharp sticks, and they’re all like, “How about it, Brenner? How about you give us five WEST recos by Thursday or you can kiss your next paycheck goodbye, capisce?”

Harsh, these shadowy masters, ever so fucking harsh.

And so, in the name of all that’s holy and artisanal:


You may think you know florals and botanicals, and you're probably right. But whether you know plantlife via actual field studies of terrestrial species or through depictions throughout the history of art and photography, you've probably never seen them like this unless you've 1) ingested many micrograms of mescaline an hour prior to viewing or 2) already had the pleasure of seeing Fowler's psychedelic renditions of nature that are, simultaneously, some of the most realistic and some of the trippiest paintings we've ever set eyes on. Highly recommended.


Yes, we do have a Melany Jean review of this venue's WEST pop-up already, and it’s sure to pique the interest of art-loving readers. But I’m giving the Neill-Cochran an extra shout-out, because among all the goodness that's going on in there right now are new paintings by David Lamplugh. And, regardless of context, tell you what: You always want to see new paintings by David Lamplugh.


Valérie Chaussonet and her friends have joined together to offer a fine array of art in this South Austin abode. Feast your eyes on, among other things, those vividly colored alien lifeforms (I suspect, though I’m no xenobiologist) by April Garcia and illustrated library cards by Heidi Pitre.


So, Evan Horn “gave up on architecture school to make designer homes for plants,” did he? Turns out that the arch-school’s loss is everybody else’s gain: Horn’s, the plants’, and – if you like tabletop sculpture that’s as beautiful as it is functional and inhabited by live foliage – stopping here will be your gain as well.


Speaking of sculpture that’s functional and beautiful … well, not sculpture, really, but pottery with those desired qualities … then you’ll want an eyeful (and maybe eventually a cabinetful) of the elegant plates and bowls and cups that potter Nic Wibbelsman has on display in this South Austin studio that also boasts the inspired creations of several expert woodworkers – Shota Yamaguchi! – and jewelry-makers.