Weather’s lovely, isn’t it? Just right for going out into the city.

Seriously, because sumer is icumen in – with all the furnace-level heat that that Middle English rota implies in these here parts – and so now’s a good time to indulge in a bit more out-and-about, citizen, while you can still do it and remain relatively, ah, uncrisped. 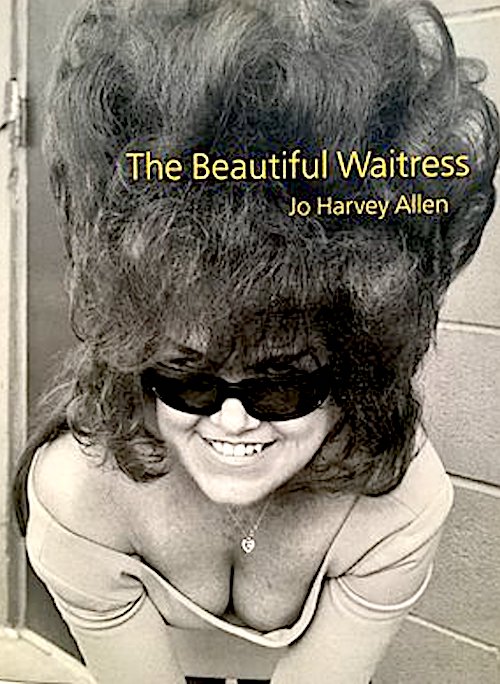 Who's among those serving up a night of great art at Canopy this Friday? Jo! Harvey! Allen!

Although, yeah, most of these gigs start only when the sun’s gone down, anyway:

1) Last week Flatbed Headquarters had all of its galleries opening new shows, remember? This week it’s the Canopy complex on Springdale that’s bringing the multi-reception celebration on Friday night, with Big Medium, Modern Rocks, and Bale Creek Allen offering a vivid variety of visual wonders and finely wrought works. Perfect night for a sip and a stroll, we reckon, and here’s the perfect place for doing that. And tell that Jennifer Chenoweth we say “Howdy!”

2) It’s the theatrical version of flash fiction: ScriptWorks presents the 20th annual Out of Ink showcase of 10-minute plays, with a swift array of drama, hilarity, and surprising shenanigans based on three items – one of which is the brain of a deceased president. Eight playwrights, eight directors, many actors, much merriment; and you can catch the locally sourced action onstage at Hyde Park Theatre this weekend.

3) That superlative combination of brewskis & classical music that they call Beerthoven is ending its current season at Saengerrunde Hall with an “Americana” show featuring the world premiere of Elizabeth Comninellis’ song cycle called Dream Songs. Always a enjoyable event, Beerthoven – and the last time we attended, fresh pretzels from Easy Tiger were among the snacks. Is that the case again this Friday and Sunday? We don’t know, but we’ll sure ’nuff be there for the music and beer anyway.

4) It’s no secret, really: Some of our local stand-up comedians are as funny as some of this country’s nationally renowned stand-up comedians. Hurray for the ATX, right? Go, us! And we’re suggesting here – hell, we’re acknowledging here – that Austin’s own Carina Magyar is among that rarified crowd of professional laughmongers. Which is why you should definitely brave the parking & the panhandlers around Dirty Sixth and be rocked by any of her trio of sets at the Velveeta Room this weekend.

5) They call it the Austin Bookstore Crawl, but we’re assuming that you could, instead, drive your car or ride your bike (or skateboard or Segway or whatever) … or simply walk upright, like many a human animal is pretty much fuckin’ capable of, right? Instead of actually crawling? In any case, not only do most thinking citizens need no excuse to spend an afternoon browsing the shelves of local book-merchants, but on Saturday that basic pleasure will be elevated with a sort of scavenger hunt that could lead you to some terrific prizes. Yes, this is a win-win-win sort of deal, isn’t it? So we figured we’d best remind you. And also recommend tracking down this major brilliance by Charlie Huston while you’re at it.

Five Arty Things, Recommended Arts, Brenner, April 27-29, That one weekend, remember, back when we were young?