With his latest tour, "Weird Al" causes the nerd apocalypse

Just before “Weird Al” Yankovic sang the titular track of 1985’s Dare to Be Stupid, the multi-Grammy winner remarked on the path that led to his current tour. “If you had told me back in the Eighties that in 30 years I’d be driving around in a bus with Emo Philips,” he said, “I would’ve responded, ‘Yeah, that sounds about right.” 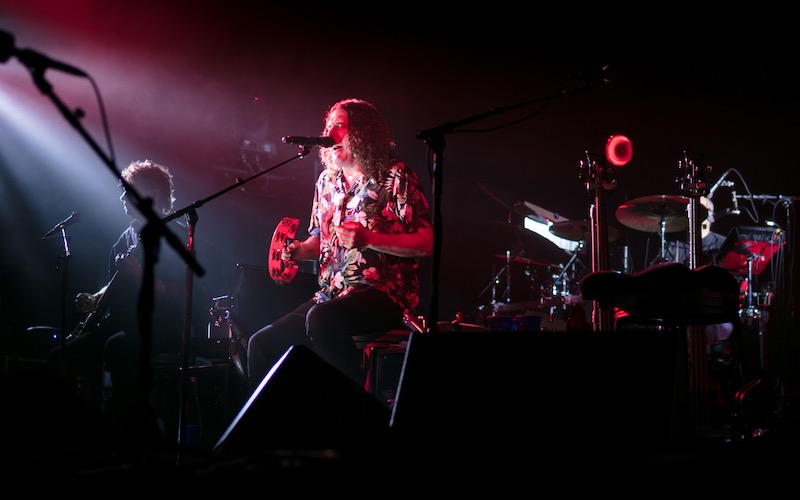 The Austin stop of Yankovic’s current North American tour, dubbed "The Ridiculously Self-Indulgent, Ill-Advised Vanity Tour," headlined the closing night of the 2018 Moontower Comedy Festival at the Paramount. Philips, who co-starred in Yankovic’s cult classic UHF, opened. The show is a pared-down version of a usual Weird Al show − no costumes or big production − but it still aims to please. The bulk of the performance focuses on his most popular original songs, like the Doors-inspired delve into the stranger (but mostly harmless) side of Craigslist. He also killed with a rendition of his over-11-minutes, spoken-word opus "Albuquerque," from his Nineties album Running With Scissors. While song-specific parodies weren’t the focus, several did cameo in a lounge-style remix, including "Eat It," "I Lost on Jeopardy," "Like a Surgeon," "I Love Rocky Road," "Amish Paradise," "Smells Like Nirvana," and "White and Nerdy." The fun supermix indulged the crowd while highlighting his band’s serious musical chops. 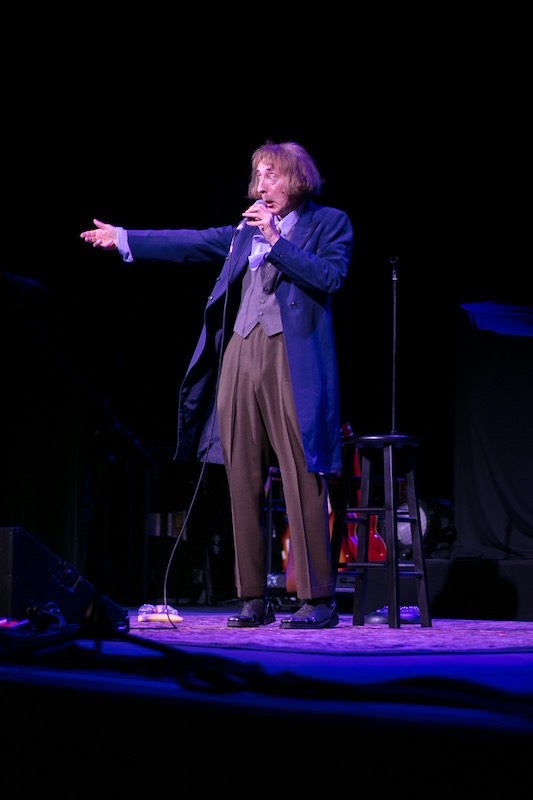 Philips' opening act contributed to the show’s warm nostalgia. After an introduction as “easily one of America’s comedians” who is “considered by many,” he entered the stage wearing a pair of brown, pleated pants that exaggerated his lankiness, a vest, a tie, and a long overcoat. He delivered his short, punchy jokes full of wordplay in his usual slow-paced, nerdy, self-deprecating style. Like Yankovic, he too joked about their long friendship. “Back in the Eighties, when I was filming a little movie called UHF,” he said, Yankovic used to ask, “When will we go on tour together?” Philips would respond, “When Donald Trump is elected president.” He quickly won over the audience with his intentional awkwardness, clever one-liners, and classically formatted jokes, like: “What do you call the guys who try to re-enact the Civil War?” Answer: “Georgia State Troopers.” The dichotomy between his demeanor and the often edgy content of his jokes continued to surprise, making for a fun set with jokes that ranged from goofy greeting cards to necrophilia. The Illinois native’s reflections on Texas were especially popular. For example, he shared his thoughts on our increasingly close Senate race, which led to the crowd-favorite observation: “Ted Cruz’s face looks like a jack-o’-lantern … around Thanksgiving.”

Yankovic ended the show with a cover that, he warned, “might bring about the nerd apocalypse.” It was "Particle Man" by They Might Be Giants, and it almost did. Most of the crowd lost it immediately. The rest joined when he played "Yoda," a parody of The Kinks’ "Lola," for the encore.