Here comes the Space Prince, but don't worry about his bangs 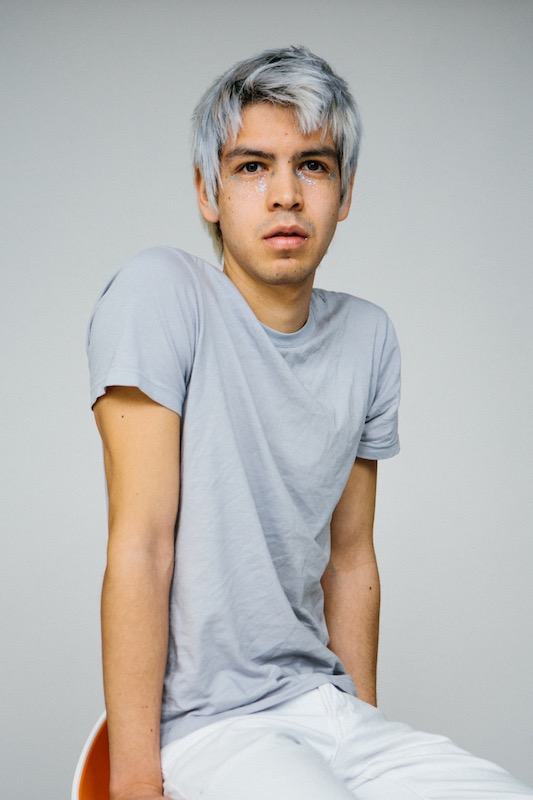 As he describes it, Brooklyn-based comedian Julio Torres “crashed here some time ago.” Some people took him in and started calling him Space Prince. “Which I don't mind,” he says. This week, he’ll bring his kindhearted, dreamy, slightly absurdist space comedy to the Moontower Comedy Festival.

If you’re not yet familiar with Torres’ stand-up, you’re probably familiar with some of his sketch and TV work. He wrote one of the best Saturday Night Live skits in recent years, Wells for Boys , along with several other favorites, like the Jack-Handy-esque Melania Moments. His multimedia work ranges from absurdist gift ideas on Fallon’s The Tonight Show to some high-concept performance pieces, like his solo show My Favorite Shapes. In advance of Moontower, we talked via email about his art, his new show Mexico City: Only Good Things Happen, and how he keeps kind in the era of Trump.

Austin Chronicle: It seems like you have interest in several artistic mediums: video, visual arts, fashion. How did you arrive at comedy as your primary form?

Julio Torres: I'm interested in visual mediums for comedic reasons. I can't really create anything visual with my own hands, but every time I've wanted to has just been because I find humor in the idea. For example, I just had a friend make me a conveyor belt for a show, because the image of an object slowly making its way down a path is so funny to me. The conveyor belt weighs 60lbs and will be a pain to bring to L.A. for a show I have there. I'll probably use it for one, maybe two jokes. I find that so funny. I'm trying to have the conveyor belt rest on columns on both ends rather than just sit on a table, because if we don't see it floating in the middle, then it's not funny.

I did a half-hour Comedy Central special last year and used a giant crystal for my set. The emails regarding the shipping of the crystal, the special crate that had to be created for it, the insurance costs. I got such a kick out of it to the extent that I was tempted to just mention onstage that I was going to use a crystal, but last minute decided against it. That crystal was my "Cleopatra."

I dream of one day having a space where we make beautiful objects for the sake of comedy all day. Notice that I said "we." No idea who the other people in this "we" are.

JT: For a bit, I kept making jokes about how much I want a baby, because I thought that the idea of me being "baby crazy" was so ridiculous, it would be immediately funny. But no one seemed to agree with that. People were like "aww!" But come on, the vibe between my baby and I would be tense.

As for the opposite, people seem to like the conveyor belt, which I thought only I would find funny, but maybe conveyor belts are universal.

AC: Perspective seems like a common theme in several of your shorts/sketches. What role does the psychology around point of view play in your comedy?

JT: I like inhabiting different little worlds, and traveling back and forth between them.

AC: Your comedy has a kindness to it – even the political stuff. How do you keep your political humor from feeling cynical?

JT: I suppose I just think that human beings are complex and that if someone's actions are "bad," it's more interesting to try and figure out why rather than to just point at them and go "bad!" I'm also almost always on the side of the "weirdo." I've never really liked doing work where I just point at someone odd for the sake of a laugh.

AC: What is Mexico City: Only Good Things Happen about, how did you get involved, and what will your roles be?

JT: Fred Armisen had a beautiful idea about a show in Spanish about horror makeup artists in Mexico City. So Ana Fabrega, him, and I wrote and just shot the pilot. The three of us are in it as well. My character's hair is blue, because I had to differentiate him from me somehow.

AC: What can people expect at your shows at Moontower?

JT: My bangs are shorter, maybe too short, but it’s fine. Please tell the people of Austin that it will be fine.