Right before all those, you know, festivals rock the city sideways

So. This weekend, then. Before there’s just too damned much going on every single day and night, yes? 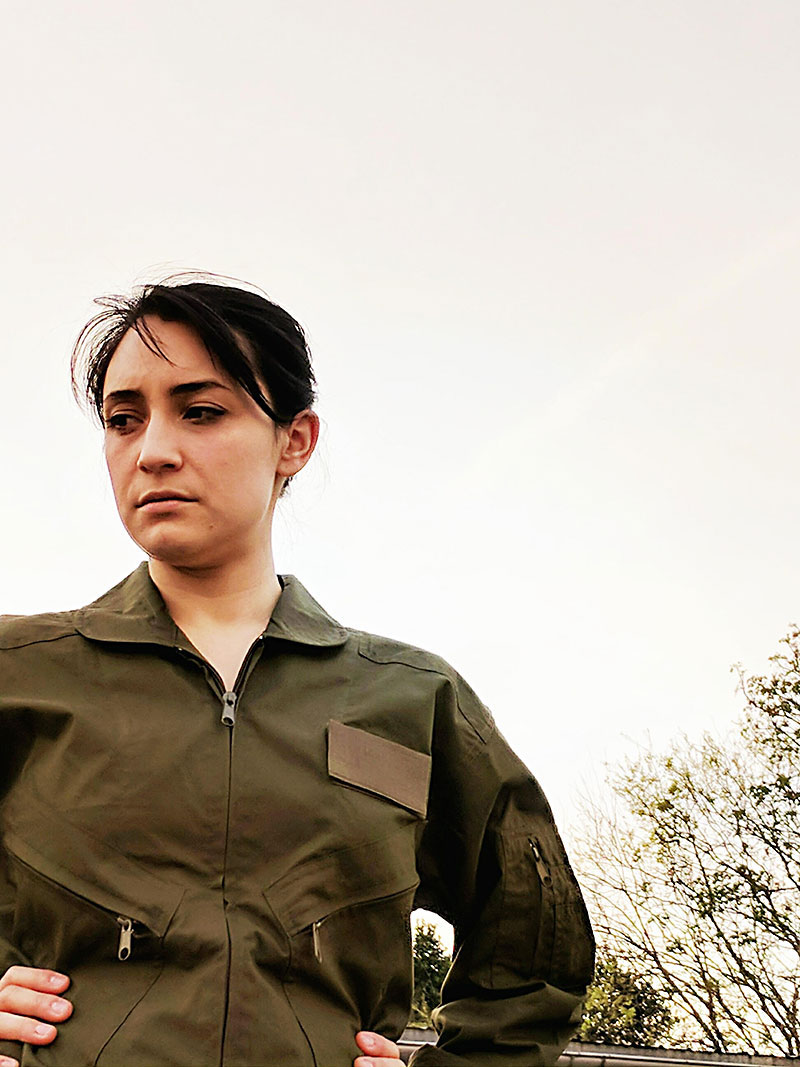 1) So there’s, what, a play about a military drone pilot? About an active USAF fighter pilot who’s relegated to drone-pilot activities since she’s gotten pregnant and had a kid? Seriously. And seriously good, says our rather blown-away reviewer, who witnessed Sarah Danko’s star turn in Grounded, the new Street Corner Arts production that’s currently stunning the stage at Hyde Park Theatre.

2) Sure, Moontower’s coming up so fast that comedy fans are already starting to twitch. But can even the biggest names in that imminent company of glory match the sheer laugh-inducing might of Chris Cubas? Go ahead, debate among yourselves, call out “fight me,” or whatever – we’ll be busy howling all front & center at the Velveeta Room this weekend, when the big guy with the unbeatable style headlines the Dirty Sixth venue that’s only getting better and better with each passing week.

3) Even people who aren’t usually enamored of classical music, even they are likely … stoked, right? Are likely stoked, bro, at the opportunity to hear Beethoven’s Fifth in all its massive dun-dun-dun-dunnnnnnn power being performed live by the Austin Symphony Orchestra at the Long Center this weekend. You, too, right? If only so you can reference Malcolm McDowell as Alex in A Clockwork Orange going on about old Ludwig Van? And then your nerdy pal can be all like, “Ah, actually, Alex was referring to Beethoven’s Ninth, bro,” before you flip him a bird and tell him to kiss your classical ass. In any case, the night’s also got guest violinist Vadim Gluzman bending the strings for Leonard Bernstein’s Serenade, so there’s even more reason to book your tickets now.

4) It might be that Saturday night’s fabulous I Am Art benefit bash from Women & Their Work is just a skoshie beyond the boundaries of your budget at the moment, and, hey, we totally feel you. So we’re gonna suggest a thing that’s 1) free and 2) less sensational-and-interactive – but nonetheless an absolute delight to partake of on a Saturday or Sunday afternoon: Ragnar Kjartansson’s S.S. Hangover gig at Laguna Gloria, as recently reviewed right here by your Chronicle’s relentlessly on-the-spot musicmonger Kevin Curtin.

5) Although, if you’re an aficionado of the literary works of Jane Austen, then Sunday afternoon’s British-Style High Tea and Book Discussion at Brentwood Social House is what’s precisely in the yearning heart of your anglophile bailiwick. Or maybe, especially, your Pakistani-phile bailiwick – as the tea-and-cake-fueled convo will sail all over the Austen ocean, so to speak, but be anchored by Laleen Sukhera’s Austenistan anthology.

Five Arty Things, Recommended Arts, Brenner, April 13-15, That one weekend, remember, back when we were young?