Local screamworthy scribe is sitting, we reckon, on a killer property 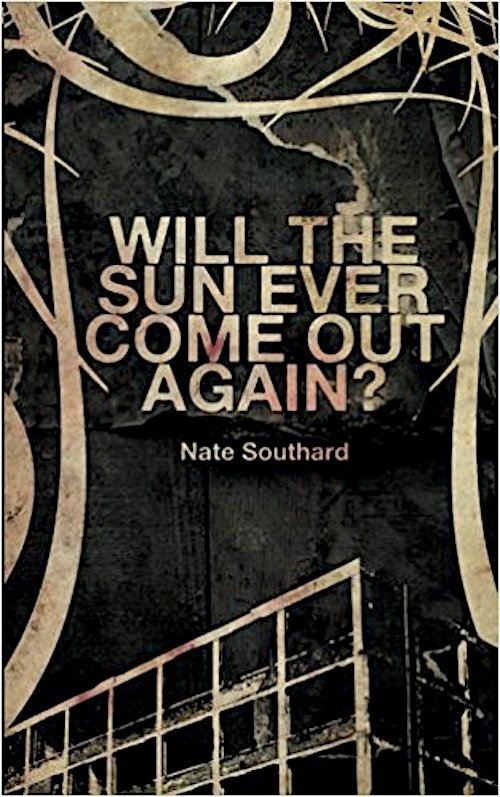 In case you haven't yet abandoned all hope.

Of course there’s a plethora of horror-genre stuff going on at SXSW. Because the festival boasts a ginormous film component – one of its original big tracks, after all – and because horror is a perennial draw, audiencewise, and even auteurwise, right?

Listen, when there’s a world premiere of some blood-spattered thriller that Owen Egerton and those relentlessly creative magisters at Rooster Teeth have teamed up to produce, that alone speaks to how robust the SouthBy scene is.

But that’s all part of what’s raging on the surface of the genre sea right now. Meanwhile, at the bottom of that watery depth, sitting there on the metaphorical ocean floor (maybe fhtagn with Cthulhu and all those submarine Old Ones) is Austin’s own Nate Southard.

I’ve written about this Southard before, yeah. And everybody knows I’m happy for any excuse to promote a local writer. But there’s no excuse going on in this post: What’s going on is closer to an exorcism.

Because, the last thing I read of the man’s work was a collection called Will the Sun Ever Come Out Again?

And Southard’s got excellent horror chops, he’s a good writer – or I wouldn’t be spending my time racking up this wordcount in the first place.

But you could also say that Southard’s just another one of that whole horror-writin’ crowd that’s doing fine work bringing some well-personalized and scary shit into a world that’s hungry for horrors beyond the actual horrors we have to deal with in our mundane lives.

You might could say – sitting there at some shit-kickers’ bar, sipping on a Shiner and cleaning your labor-grimed fingernails with the big Case knife you got from your grandpappy – you might could say, “That Southard boy’s got skills, sure ‘nuff, but he ain’t bringing home no Nobel Prize anytime soon, is he? He ain’t taking over the entire goddamn world like that Santa Fe sumbitch with his Game of Thrones.”

Because you go to read Will the Sun Ever Come Out Again? and, if you enjoy horror at all, you’ll enjoy Southard's collection a lot. But maybe that’s as far as it goes.

Except for one thing.

There’s this story in the collection, "Something Went Wrong," and I haven’t stopped thinking about it, for at least a few minutes every other week or so, over the year since I read it.

You know how unusual that is for a story? Especially for a journo who reads way too much of everything? And, sure, the disturbing narrative is set in Austin, so it’s automatically got a sharp hook into my brain. But that’s not what’s keeping it … alive … in there.

The story concerns two men who are employed to, ah, clean up situations for hinted-at agencies of desecration that lurk on the uglier thresholds of this world. Two men who destroy evidence of eldritch abominations and activities that certain malevolent forces would rather not remain in public light. Even when the things they have to destroy are, sometimes, folks who happen to've accidentally seen too much. Could be you or me they're destroying. Could be anybody in our families or circles of friends.

“The finest trick of the devil is to persuade you that he does not exist,” as that laudanum fiend Charles Baudelaire once wrote.

Well, those two men in Southard's story are the relentless enforcers of that ongoing trick. And one of them, Jenkins, is a longtime company man, old, grizzled, powerful, and, oh fuck, hollowed out in several ways … and the other one, Thomas, is pretty much in thrall to their horrifying agenda, yes, but he's also younger than his mentor/recruiter, and maybe there are a few shreds of human decency still glimmering in the crevices of what his soul’s become?

And it’s the compelling situation of these two men among the horrors they’re perpetrating while covering up previous horrors, it’s their shadowy backstories and the creepy tension of their relationship … that’s what keeps me thinking about "Something Went Wrong" so long after the first reading.

[It’s like a buddy movie from hell, right? To go all shorthand for a moment? But I write that, and then I immediately think of the current Will Smith vehicle about cops-’n’-orcs that I’ve only seen trailers for and have been warned is pretty much a piece of shit. And I know that any stories that Southard commits about Thomas’ and Jenkins’ exploits, if he does them right, are what such-flavored Hollywood gambits would be if they weren’t pieces of shit: Intricately unnerving, darkly meaningful, teeming with as much painful humanity as demonic gore.]

And what I’m suggesting to you, reader, is that you might want to seek out Southard’s Will the Sun Ever Come Out Again? for your own grisly edification.

And what I’m hoping that the author heeds, if he ever reads this, is my plea: More stories about Thomas and Jenkins, please, Nate? Because doesn't every author want a runaway hit on their hands? And I think that particular character-driven mythos you’ve created would be Most Likely To Succeed, you know?

Or anyway a Most Likely To Be Optioned sort-of-thing.

And because, personally? I want more, damnit.

Nate Southard, horror collection, horror fiction, Austin authors, Will The Sun Ever Come Out Again?, Something Went Wrong, Oh jesus no no this is no don't ah aaaah AAAAAAAAAIEEE