One of Austin's most versatile theatre artists and a key player in elevating both the quality and popularity of the stage scene here in the Sixties and Seventies has left us. Ken Johnson – or Kenneth O. Johnson, if you read any of the novels he penned – suffered a heart attack at home on Friday and died. He was 82. 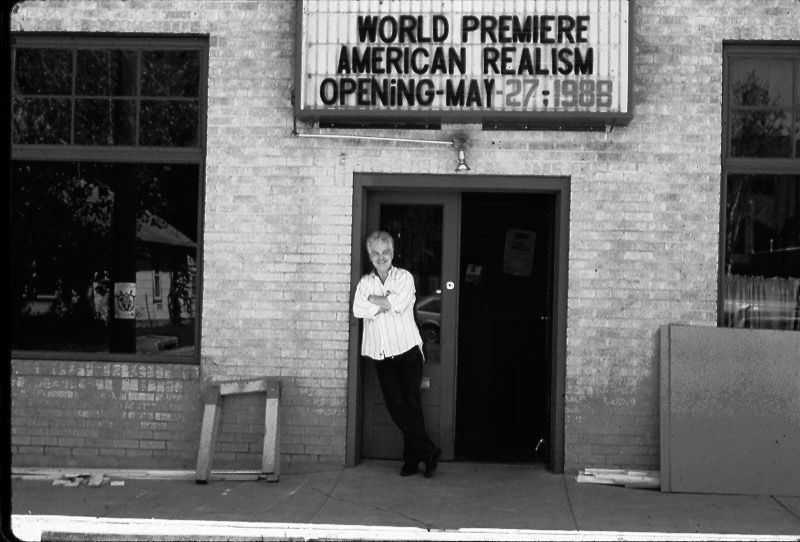 A Port Arthur native, Johnson didn't make it to Austin until he was 30 years old, but he immediately made a big splash here. He was hired by Austin Civic Theatre to direct a production of the musical 110 in the Shade by University of Texas alums Tom Jones and Harvey Schmidt in a storefront space that the community theatre had recently acquired on East Fifth. The show was such a success that ACT kept Johnson on as director for three years, and it was during this period that the board changed the name of the company to the Zachary Scott Theatre Center in memory of the Austin-born star of Mildred Pierce and The Southerner. Johnson's work ranged from family fare (Peter Pan, Oliver!) to recent Broadway hits (The Odd Couple, Funny Girl) to weighty dramas (A Man for All Seasons, Billy Budd, A Streetcar Named Desire), and were routinely praised – most often by the Dean of Austin Entertainment, John Bustin, writing in the Austin American-Statesman – with references to the increasing professionalism that Johnson brought to his productions. No less a personage than Harry Akin, Austin's mayor from 1967-69, credited Johnson with bringing "our community theatre to a higher level of artistic excellence than it had ever achieved previously with the result that public support was greatly broadened.” 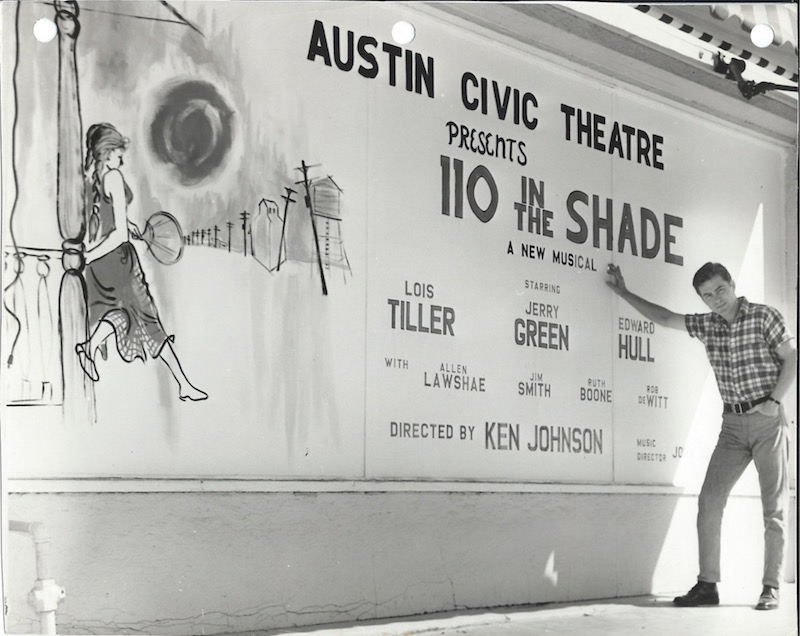 Johnson's first production in Austin, and he painted the billboard himself.

Despite this achievement, Johnson was dismissed from the theatre in 1968. He produced a handful of shows at the Methodist Student Center on the Drag (most involving Karen Kuykendall), then decamped to Mississippi, where theatre directors were being recruited to help integrate local stages. Johnson ran the Twin City Theater Guild in Greenville for a couple of seasons (with Austin Playhouse Producing Artistic Director Don Toner just down the road in Jackson), then chose to return to Austin. There he ran one of the only community theatres besides the Zachary Scott Theatre Center, Center Stage. Though its original location off the alley in the 400 block of East Sixth was small and Sixth Street was far from the hive of nightlife it would become a decade later, Johnson's productions drew audiences for everything from The Fantasticks, Godspell, and Camelot to Butley, The Boys in the Band, and Macbeth. And no matter the material, the shows earned praise, with Johnson consistently lauded for his imagination and proficiency. When John Bernardoni and friends reopened the Paramount Theatre in 1975, Johnson mounted a Center Stage production of West Side Story there that helped give the reopened venue credibility and confirm that the old performance palace could still be a home for theatre. (Johnson staged Carnival and Kiss Me Kate there in subsequent summers.) 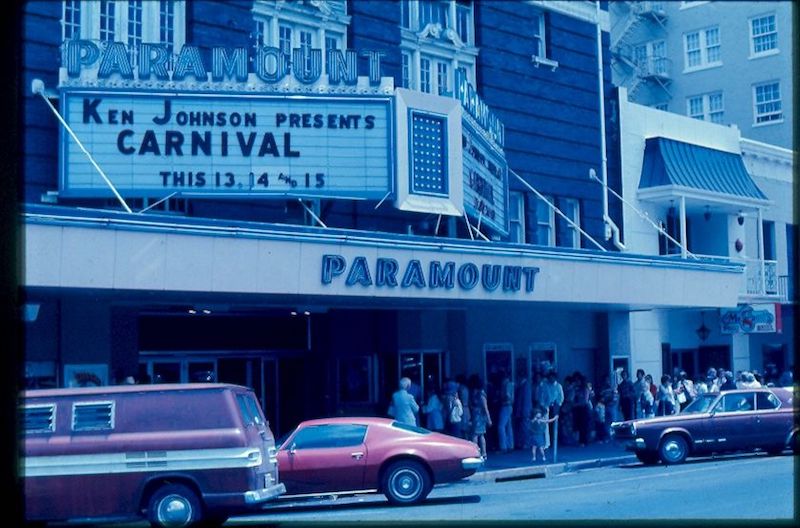 Center Stage had been in the Ritz Theatre space for a few years when Johnson made the move to Los Angeles. He had been there before in the early Sixties and narrowly escaped the big time, when a workshop of his early play House of Sand at the prestigious Theatre East was poorly received; Johnson felt "scathed" by the criticism and what he saw as a violent dislike of the play, and it sent him packing for Texas. This time, he had considerably more success. In 1982, he wrote the drama Final Touches, which earned him critical acclaim and some West Coast theatre awards. On the strength of that, he returned to Austin and spearheaded a local version at Capitol City Playhouse that was a runaway success. (Full disclosure: This writer was in that production.) It led to a revival at the Paramount and a production at the Virginia Museum Theatre in Richmond – at a time when an Austin play getting staged at a professional regional theatre was almost unheard of – but the play's successes stopped there. So Johnson took over a small storefront stage in Hyde Park run by his old friend Linalice Carey and began producing shows, much as he'd done at ACT/ZSTC and Center Stage. There was a mix of familiar musicals like I Do! I Do! and The Fantasticks by the old Jones-Schmidt team and Man of La Mancha, original musical revues, quirky dramas like Burn This and Nuts, and Johnson's own plays. He wrote a lot in those few years, but none of his works from the Hyde Park era – The End of the Sexual Revolution, Duet in B Flat, American Realism, An Evening of Shorts and Briefs, Babes in the Woods – caught fire the way Final Touches had. Indeed, though Johnson's shows at Hyde Park Theatre were often inventively staged and had the polish of the old days, the audiences didn't stream to see them the way they had a decade before. In the early Nineties, he gave up the space and largely turned his attention to writing novels. 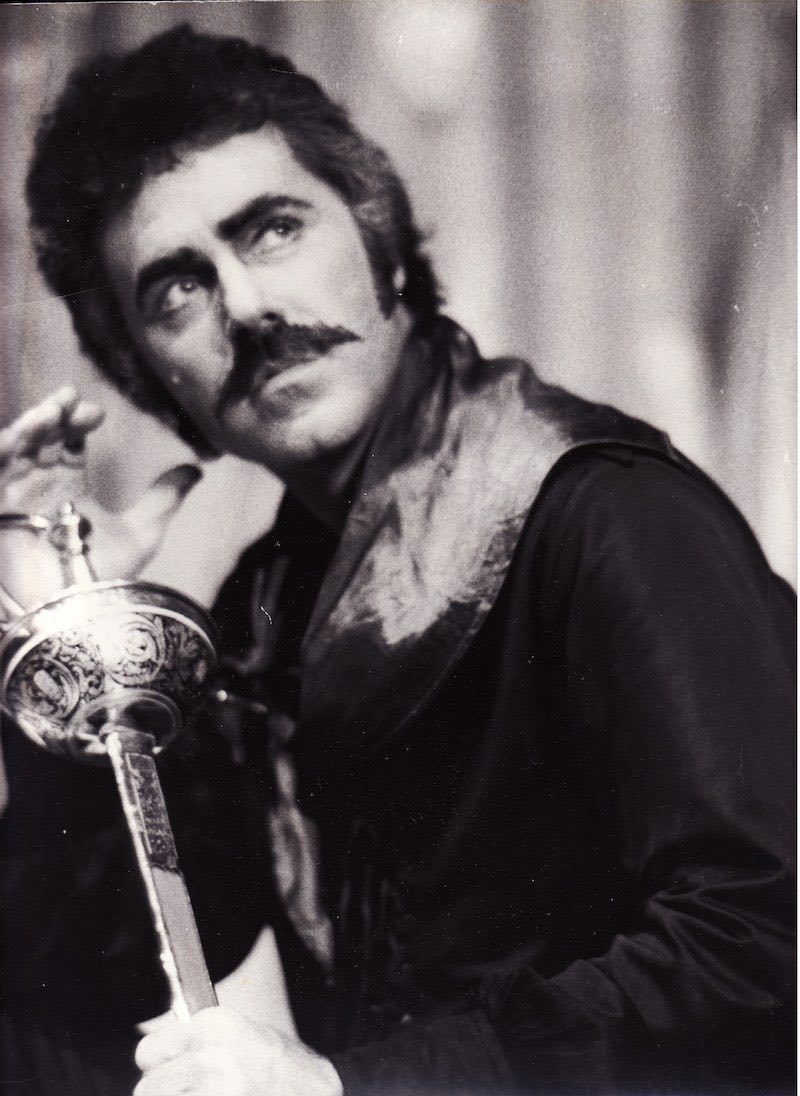 But Johnson was never one to give up. Even after the Hyde Park years, he turned out a couple of plays, Jesse's Closet and the monologue collection Conversations While Dining Alone, and he adapted some of his work for the stage for film. In total, Johnson produced at least 10 novels, six plays, two feature films, and 20 short films (most of which have been loaded onto YouTube by filmmaker Dan Eggleston). And for the past two years, he had been hard at work revising Babes in the Woods, his Eighties musical take on the Hansel and Gretel story, into a new version titled A Way Back Home. (Capital City Men's Chorus composer-in-residence Karl Logue was his collaborator on this.)

Johnson had a gift for making a little look like a lot. He never had much in the way of financial resources or space at any of the venues he ran, so he took what he had and used it creatively. He had a sharp eye for design and space, so he could make a palace out of a postage-stamp stage. A doorway here and here, a flat that showed hills rolling into the horizon, a few nicely hung pictures on a wall, and the the space expanded in front of you. He also had extensive skills as a carpenter and could build out a space to suit his creative vision. Johnson's sets were sturdy and detailed; if the play called for a bar, he gave you everything that a bar had, even if it meant borrowing glassware or haunting every secondhand shop in town to score what he needed at bargain prices. 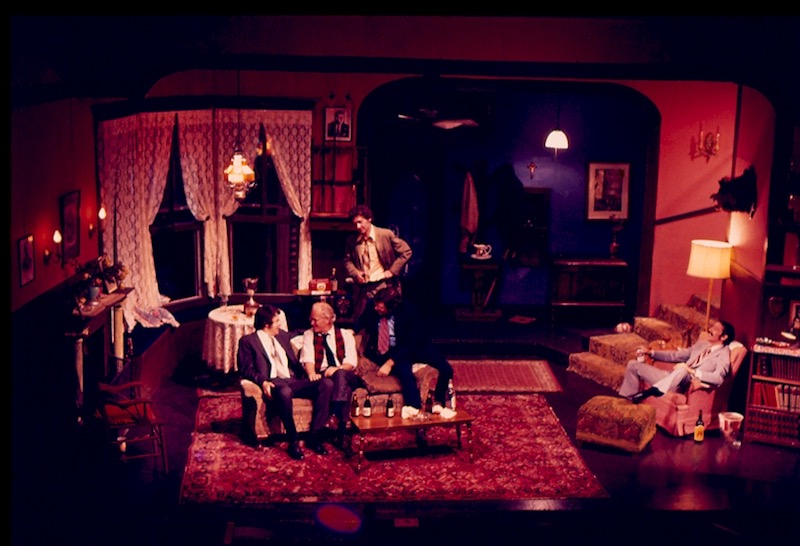 Johnson's set for the Center Stage production of That Championship Season, 1975

With Johnson, it was not uncommon to find his name all over the program. He wrote the script, directed the show, designed the set and built it. At ACT, he also painted the billboard that advertised the show out front. At Hyde Park, he frequently ran the box office. On several occasions, he took over a role for an actor who dropped out or was fired. (Johnson could be demanding and temperamental, and he once compared himself to the Texas theatre legend Paul Baker, who said, "I've burned every bridge I've ever crossed.") He had his hands in every part of the theatre experience. But that had always been his way. In a 1990 interview I did with Johnson, he recalled writing his first play in grade school – a mystery called The Necklace – and staging it in the dirt-floor garage of his home, directing the neighborhood kids, dragging chairs in for the audience, and putting up his mother's sheer blue curtains to mark the stage. His desire to do everything won him the nickname Orson – as in Welles. 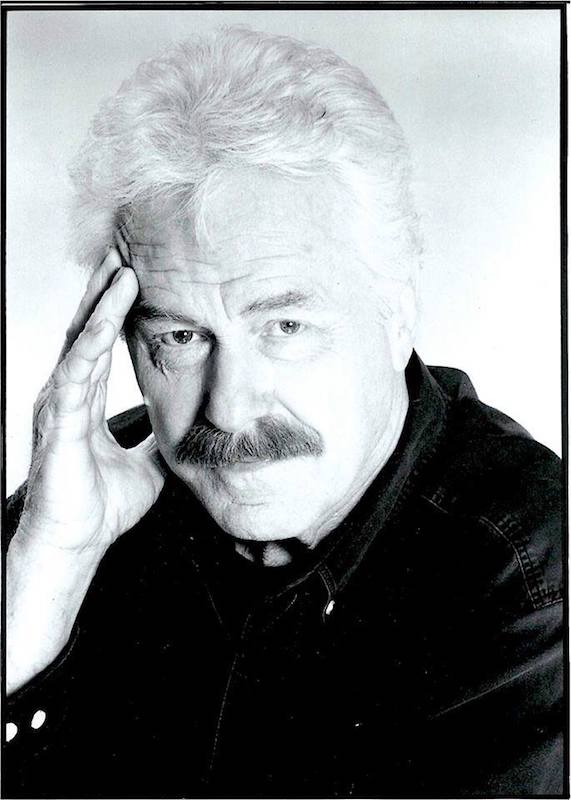 Artists as multitalented artists as Ken Johnson don't come along that often, and it was fortunate for Austin's theatre scene that Johnson came along at the moment he did. His wide-ranging skills and drive truly made a difference in the quality of work being done here in the Sixties and Seventies. Information regarding memorial services are pending. 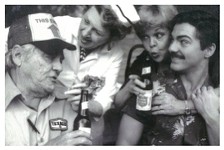 The Drink/Drank/Drunk Issue: Stages of Inebriation
To drink or not to drink – for local thespians, no question