Black Art Matters Puts Artists of Color in the Spotlight

Part of the way through our interview at Rio Rita, Stephanie Warren, the artist and creative director for the Austin Justice Coalition, casually tosses in that racially charged motto which guides and encapsulates the ideals of generations of upwardly mobile African-Americans: Twice as Good.

It’s a black national proverb that’s found its way out of the mouths of everyone from prime-time soap heroines to the 43rd First Lady of the United States. The essential message is that black folks in this great nation have to and have always had to be twice as good to get half as much or go half as far. The numbers back this up: After hundreds of years of slavery, failed reconstruction, Jim Crow, redlining, and other racist housing policies, the average black American family has amassed just $5.04 in wealth for every white American family’s $100. 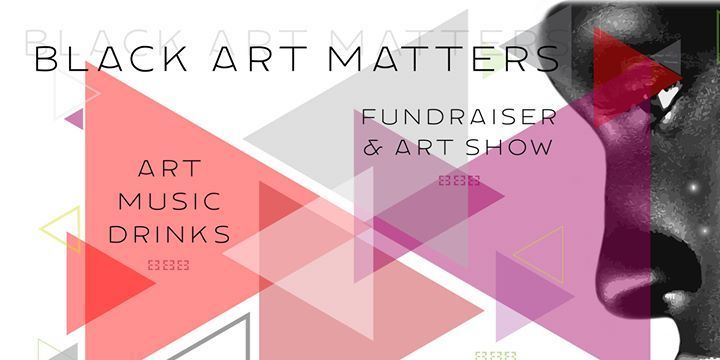 This wealth gap affects essentially every facet of African-American life. The drive to create art is as mysteriously endowed and egalitarian as it gets; however, who gets the opportunity to really participate in the multi-billion dollar global art industry has everything to do with historical access to money and institutions of power. That’s something Warren and Chas Moore, the founder and executive director of the AJC, understand all too well.

“I know what being a black artist is like here in Austin,” Warren tells me. “All the artists in the show are doing it on their own already, but we still want to provide a space for them to have exposure. They all are doing the things they have to do. They have a website, they pursue opportunities on their own, but they don’t necessarily get all the best opportunities as a person of color. People don’t know about them. AJC has a very big, very diverse following, a very affluent following actually. This seemed like a good way to get some people who, while they are doing it, may still be struggling. And so here’s a place where we can get them all together, talking to people who have money.”

The show, which was curated by Warren and Miriam Conner, showcases an assortment of forms, chosen for their coherence of quality. Already on display during my visit were pieces from the artist Arielle Austin, an abstract painter whose last exhibition at the Carver Center in San Antonio showcased her series Soul Food, acrylics on canvas inspired by Southern recipes. Her Southern Fried Cabbage manages to evoke the texture and colors of the namesake vegetable. Those looking for more politically inspired art can check out the pieces by Jean-Pierre Verdijo, including a mixed-media collage which superimposes the iconic Baton Rouge protest photo of Ieshia Davis staring down militarized police in a flowing sundress over a collage of famous black women. In addition to the opportunity to purchase on of the pieces (all proceeds go directly to the artists), guests will also have the opportunity to participate in a silent auction, proceeds from which benefit upcoming programs at the AJC.