Get out into the city. Experience something more than the familiar cushions of that couch and the pressure gravity imparts upon your sitting asscheeks. Live, we mean, a little! 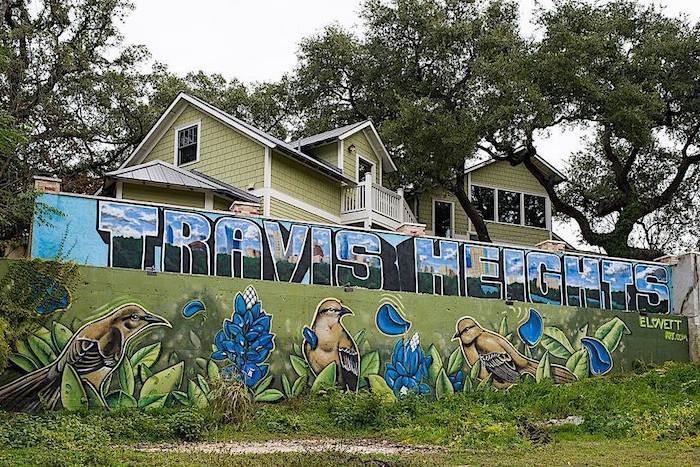 1) Of course you know that FronteraFest’s been going on for weeks now, with its four-or-five short pieces of anything-goes every Short Fringe night at Hyde Park Theatre. But maybe it’s a surprise to note that the festival’s Mi Casa Es Su Teatro component – in which new works of performative power and pleasure are staged in a series of private homes – is this Saturday afternoon. And that the neighborhood hosting this year’s series is Travis Heights. And we reckon Kelly Hasandras and Megan Thornton have wrangled up some memorable delights.

2) PrintAustin is another annual festival that’s flourishing a one-day-only event, and here we’re talking about the popular PrintExpo (with its demonstration of steamroller printing and more) over at The Museum of Human Achievement in the Canopy complex of creativity this Saturday. Bins full of exquisite (and affordable!) printed treasures from a panoply of local artists await your perusal; the adjacent galleries are all decked out with visual goodness; and, well, hell – who doesn’t love an excuse to grab some great coffee and tasty noms at Sa-Ten?

3) And since you’re already at Canopy for the above recommendation, what a perfect opportunity to stop in at the new Blackfeather Vintage Works – run by Jessica Nieri, who was head honcho of Cafe Mundi, back in the day(!) – and attend, that same day, the opening of the new Flip Solomon exhibition among the venue’s odd & elegant salvaged fineries. Yeah, it’s near Canopy … but, oh lordy, it’s right next door to Dimension Gallery. What we have here, art-lover, is what some annoying entreprenerd might nevertheless accurately call a win-win-win situation.

4) But, yeah, what’s the point of any of this? Since life is, ultimately, meaningless and all? We mean, it’s not like you’ll even make it all the way to Saturday, right? Which is why Friday night’s artshow – of cartoon drawings that comprise a highly relatable parade of dolorous smoldering and existential agony – all rendered by that Jon-Michael Frank and boosted wallwise by your local-culture friends at Parts & Labour on South Congress, and … uh, where were we? Oh, yes: What a sweet evocation of weltschmerz! What a choice inky chalice of wormwood from which to quaff before moving on to the more terminal effects of hemlock! Srsly, tho: This shit’ll be a treat and a half.

5) Andy Kaufman’s not going to be at BookPeople this Sunday, because, regardless of any rumors you may have heard or seen on Twitter or whatever, the poor man is dead, dead, yes, still actually dead. But the graphic novelist Box Brown, whose bestselling book about Andre the Giant is absolutely wonderful, is alive and will be at BookPeople then, presenting Is This Guy For Real, his new biography of Kaufman. And Brown’s in from out of town, and it’s gonna be all cold and wet that afternoon, so he’ll appreciate your presence as much as you’ll appreciate having that fine new volume signed for your personal library. Recommended, and – drive safe, citizen.

Things to do in Austin, art events in Austin, austin theatre, austin artists, cultural opportunities in Austin, what do you want – some kind of engraved invitation, or what?