Fear not, citizen! We’ll shield you against that mofo of a FOMO!

So much to do in this town, yes, and your reporter never even considers the regular music scene.

(Lucky for us all, the reporter who does consider the regular music scene? Who relentlessly considers it? Has just made note of some of the sonic goodness that we prefer beyond that regular scene.) 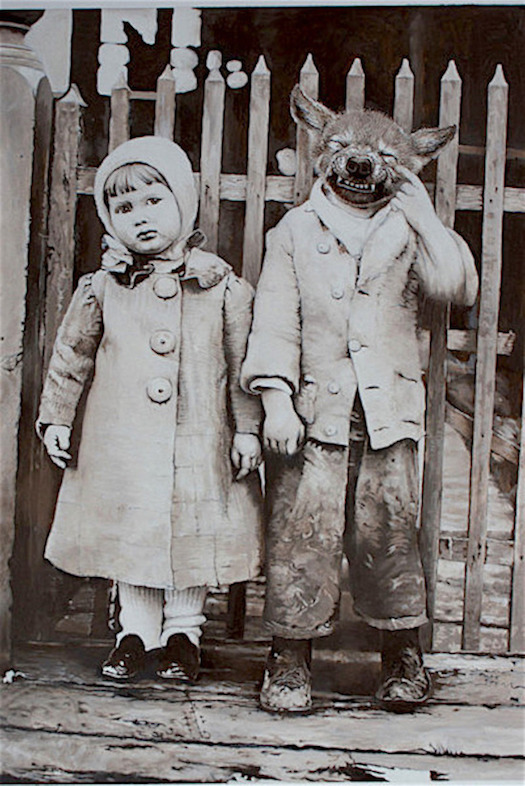 But, look: Here are five arty Austin-based things that we think definitely merit your get-outta-the-house time and effort this weekend. Well, when you’re not busy keeping your eye on that superb owl, of course.

1) If it gave you an extra thrill, watching Macon Blair’s terrific I Don’t Feel At Home In This World Anymore on Netflix, knowing that the movie’s Major Bad Dude was played by David Yow of The Jesus Lizard … it might give you an extra thrill, knowing that Malcolm Bucknall, that eightysomething maestro of phantasmagoric oil painting, did the cover for a couple of Jesus Lizard albums back in the day. But that knowledge would provide only an extra thrill, after all – because the main thrill will be from just witnessing the odd brilliance of Bucknall’s new solo show at Wally Workman Gallery. Note: The opening reception is this Saturday night.

2) Speaking of visual art, that cover for the new kids’ book St. Philomene’s Infirmary for Magical Creatures? Typically awesome work by Chris Sickels of Red Nose Studios. And we’re mentioning it here because you should really know Sickels’ creations, but also because we reckon that, at least in this instance, the book’s contents will be as good as the cover. Our reasoning? Why, the story was written by that text-savvy Austinite called W. Stone Cotter – one of our favorite writers of all time under a different name – who will be introducing the quirky tale at BookPeople this Saturday afternoon.

3) Yeah-yeah-yeah, it’s all about the kids, right? Seems that way sometimes, with so many new parents all over the goddam city, out cavorting with their growing gang of sprogs, always going on and on about what delightful antics Junior’s got up to lately, yadda-yadda-yadda. Of course, it’s not all beer and skittles, such an offspring-encumbered existence. Sometimes it’s beyond difficult, especially when it comes to raising children of color in this modern world. But then, you get a man who can relate such things, and that man’s also able to make much of it seem as hilarious as it is heartbreaking and heartwarming? That’s when Zell Miller III performs his Oh Snap! … My Alien Children Are Trying To Kill Me at Ground Floor Theatre this weekend, and parents (and even happily childless citizens) crowd the audience for a show they’ll never forget.

4) There’s a dance show mentioned in this mix-of-five, and here it is: Backbone. Which will be performed this Friday and Saturday night at First Street Studios. And, tbh, we know only that 1) we like the name, and 2) Rosalyn Nasky is involved (along with Katherine Hodges and Emily Rushing), and that’s bloody well sufficient to pique our interest.

5) We like a bit of spectacle in our art, sometimes. And, sometimes, we also prefer that spectacle to be interactive – or at least immersive – or at least explorable. Which is why we’re stoked to check out this "Natural Forces" environment that the Hive has installed at the Museum of Human Achievement this week: A series of habitable pods designed by Paloma Mayorga, Vera Claeys, Liza Fishbone, Rebecca Sanchez, Clare Drummond, Julie Conquest, and more. Admittedly, yeah, we’re really looking forward to Saturday’s opening party with live music, cocktails, tarot readings, and so on. Don’t have to be a drunk, necessarily, to appreciate a good drink. Don’t have to be a witch, necessarily, to enjoy a good tarot reading. Don’t have to keep reading now, friend – go out and do something!