Who brings laughs to Austin stages in the next few weeks?

What? No, uh, of course this isn’t comprehensive. This is just a heads-up about some major acts (or maybe-not-quite-major-as-such-but-we-totally-love-’em) coming your way in February. 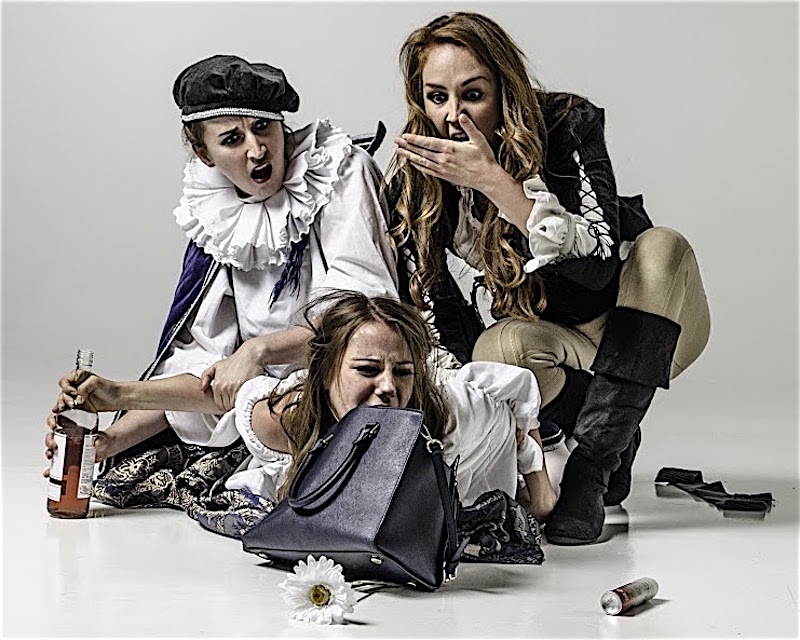 And we’ll likely do another of these preview-promo things next month – albeit after SXSW – because, duh, SXSW – just so you’re in the loop (or in yet another loop). Just to make sure you’re not missing out on tickets while they’re still available.

So, yeah – see our Comedy Listings for more, but here’s some things (stand-up, sketch, improv) that are coming up fast:

SAM TALLENT: Fri.-Sat., Feb. 2-3 He’s been called "the absurd voice of a surreal generation" by the Denver Post. But that rag is Tallent’s hometown paper, so maybe they’re biased? Except that that’s just a description, it’s not positive or negative, so, uh … what bias? Excuse me, Rorschach, maybe I was informing Laurie 90 seconds ago? Still, that Post hype is a description we love, and maybe also why the comedian’s won Comedy Central’s Roast Battle and rocked the mic on Viceland’s Flophouse and the Chris Gethard Show and so on. And this month he’s doing a weekend at the Velveeta Room. But he’d better be all that, because Carina Magyar is opening the show and she will leave you in howling stitches, friend.

TREVOR NOAH: Fri.-Sat., Feb. 2-3 Yes, of course that Daily Show fellow’s Austin appearances sold out instanter. But that’s why there’s a third show that’s been added to this weekend’s schedule at Bass Concert Hall. Let’s not give the man a moment’s rest, so he falls asleep in line for Franklin BBQ – because those yankees, damn, that brisket and the Alamo (the national Drafthouse and the San Antonio fort) is all they know about Texas.

PUNCH: Tuesdays, 8pm Yeah, we rarely list the Tuesday night Punch showcase at Cap City Comedy Club, because that Matt Bearden-hosted gig invariably sells out by the time our print edition hits the streets. So, in case you’ve been living under some No Comedy Allowed rock for the last few years (or maybe you just need a gentle reminder), we’re mentioning it here and now. Look – it’s Bearden, right? And it’s not just that the man’s funny as hell, although he is, but that he curates up the finest slate of talent in the entire city week after week after week.

SHIT-FACED SHAKESPEARE’S ROMEO & JULIET: Fri., Feb. 2 & 23 These people do Shakespeare at the North Door while one of their company is drunk off his or her ass. Sound simple enough? It’s also hilarious – we reported on the phenom here – and their rendition of that classic of doomed teenage love may be just the thing to cure or exacerbate your feelings about this month’s romance-sodden holiday.

HEFFERNAN & LEMME: Thu.-Sat., Feb. 8-10 We figure all we need to do is whisper the words Super Troopers or Club Dread and throw the gang sign that indicates Cap City and you’ll know what to do from there.

ROB BELL: Sun., Feb. 18 Yeah, see, the first show is already sold out. (Boo!) But Margin Walker has gone and added a second show. (Yay!) So maybe you can still get in to see this immensely popular former pastor whose RobCast is the No. 1 spirituality podcast in the world (well, in this world, anyway) and who will be at the North Door to remind you, in no unfunny terms, how Love Wins and other such good news.

MOVIE RIOT: Fridays, 8pm In which the likes of Mac Blake, Lance Gilstrap, Carlos LaRotta, Kyle Sweeney, Vanessa Gonzalez, and Sam Malcolm create a brand-new, never-before-seen, action-packed movie live onstage. Movie Riot’s got the chops to bring down the house – especially after you’ve had a free preshow margarita – and they’re just one of many good reasons to check out ColdTowne Theater.

ORPHANS: Saturdays, 8pm Look, we’ve already raved about this funny, crowd-pleasing delight. But we wanted to make sure you didn’t think it ended in January: February brings more of the improvised, musical, moxie-forward, never-say-die exuberance to the Hideout Theatre right there on Congress.

ESTHER’S FOLLIES: Thursdays, 8pm; Fridays & Saturdays, 8 & 10pm That’s right, the perennial powerhouse continues to come through with their madcap skewering of national politics and local culture every weekend, their music-enhanced sketches speaking comedy to power, their magic man Ray Anderson freaking you out with illusions and antics that’ll make all your cares and woes disappear – at least briefly, citizen, at least briefly!