We mean, if there’s any way to end it that’s other than wrong

Sure, go ahead, binge it up with your Netflix and your Hulu and so on. We’ll do that, too, every now and then. But we’ll also be enriching our life-of-the-mind with excellent graphic novels that – chacun à son goût – have nothing to do with costumed heroes and their cosmic shenanigans … 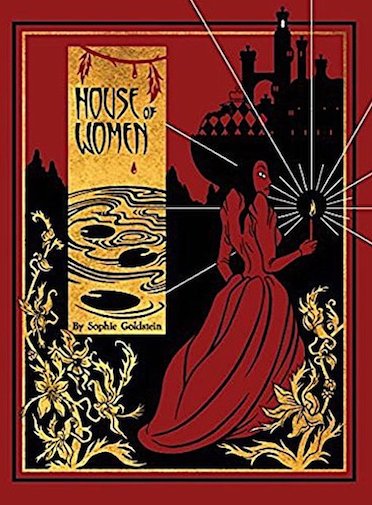 If Fantagraphics is going to lavish a hardcover-with-gold-foil edition, complete with repro marbleized endpapers, on other new longform works, let’s hope it’s always for something as worthy as Sophie Goldstein’s House of Women. (Because, that way, we could judge a book by its cover and never be wrong – so convenient.) This far-future story’s about four women – missionaries, of a sort, but with a more scientific ethos – who try to bring civilization to an alien world where an earlier attempt at human colonization was pretty much croatoaned into ruin. Goldstein’s artwork is starkly black-and-white, stunning in its sheer visual power when not merely engaged in storytelling – and so smoothly effective when “merely” engaged in storytelling – and renders a compelling tale that’s got more than a whiff of Tiptree-esque insight and creepy eroticism suffusing its progress toward a violence-wracked denouement. 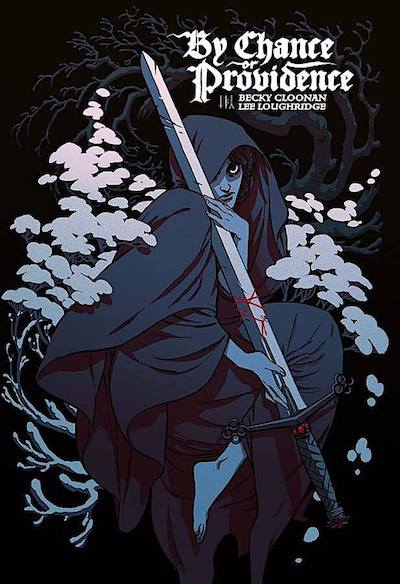 2) BY CHANCE OR PROVIDENCE

And here Image Comics offers a welcome compilation of three stories by current Austinite Becky Cloonan, working beyond her acclaimed achievements in the mainstream superhero milieu, whose Wolves, The Mire, and Demeter, collected here, form a trilogy of fable like something Angela Carter and Shirley Jackson might’ve collaborated on if they’d been born in Westeros. Dark, we mean; also: spooky, sexy, subtle, and riddled with longing and death. Haunting and powerful, like a ghost built from your medieval ancestors’ deepest fears. And after the three stories have complexly stained your mind’s fabric, partially due to the darkling colors by Lee Loughridge, there’s a bonus sketchbook section; except that the illustrations there are so gorgeous and polished – oh, this Cloonan’s got witchy skills – that the wordless pages are more than interesting process-outtakes, are a whole 'nother folio of moody grandeur. 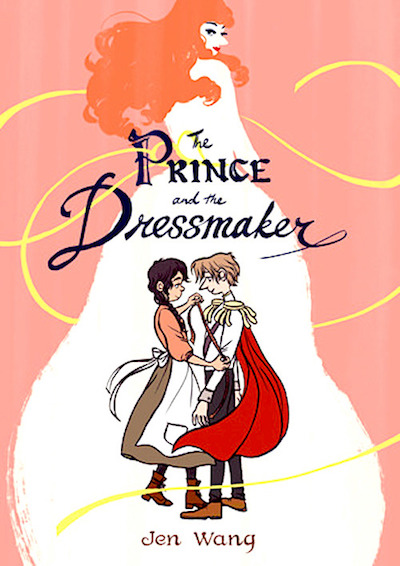 3) THE PRINCE AND THE DRESSMAKER

We loved Jen Wang’s Koko Be Good, and her adaptation of Cory Doctorow’s Anda's Game, and we're enchanted by this latest solo work of hers. Here’s a graphic novel as adorable and filled with delight as a screwball comedy from Hollywood’s heyday – and in much the same way – as a young Belgian prince who likes to wear dresses meets up with a brilliant seamstress who yearns to realize her dreams of fashion and … hijinks ensue? Ah, but it’s more emotionally real and endearing than just that, and related in bright, expressive images that fairly dance off the page and into a reader’s heart. This volume from First Second is sufficient unto itself, of course, and well-produced; but now we’ll be waiting, damnit, waiting to see a movie version of Wang’s royal fantasy – and we sure hope someone at Pixar or American Empirical Pictures or even Amazon has the good sense to make that happen. 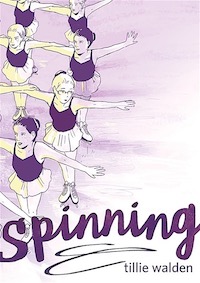 4) SPINNING  We reviewed the release of Tillie Walden’s poignant coming-of-age, coming-out, and bidding-farewell-to-competitive-figure-skating novel a few issues ago – in addition to interviewing the author herself – and we’re pleased to recommend it to you again. 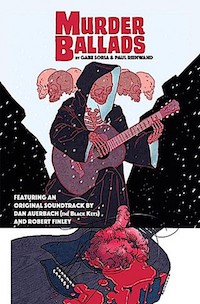 5) MURDER BALLADS  We also covered this one previously, this blues-staggered modern noir from Gabe Soria, Paul Reinwand, and Chris Hunt via Z2 Comics, this boozy Louisiana’d account of treachery that comes with its own (literal) soundtrack from Robert Finley and Dan Auerbach. Finish that whiskey, citizen, and get you a copy.