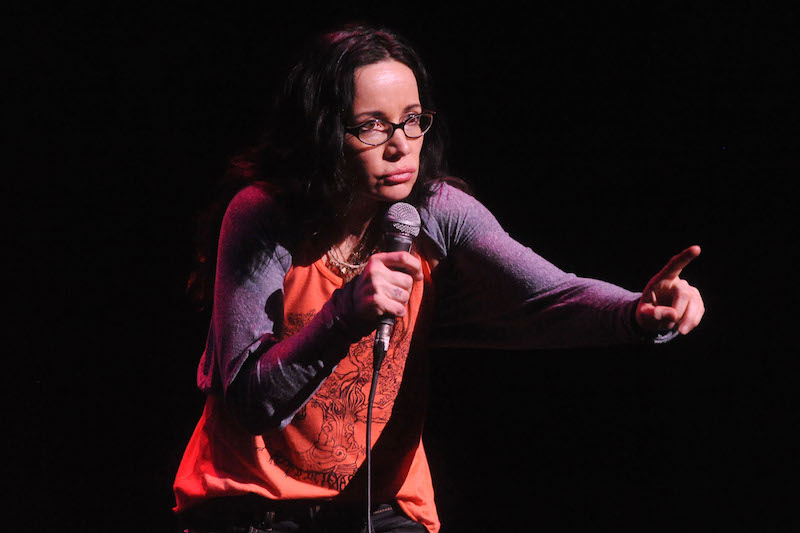 Apparently, all you Austin comedy fans have been good this year, because Santa has dropped off an early gift for you: the names of more than 40 comics slated for the 2018 Moontower Comedy & Oddity Festival. Leading the list for the seventh fest are Ryan Hamilton, Preacher Lawson, and Moontower alum Janeane Garofalo.

Among the fest newcomers announced by the Paramount Theatre and partner Cap City Comedy Club:

• Ryan Hamilton, the self-depracating comic whose stand-up special Happy Face dropped on Netflix back in August;
• Preacher Lawson, the engaging finalist on America's Got Talent 2017;
• Ali Siddiq, the Houston comic who honed his stand-up chops while he was in prison;
• Kevin Barnett, NYC-based and stand-up and one of the stars of the truTV sketch comedy show Friends of the People; and
• comedians Sam Jay and Julio Torres, both of whom have appeared on Comedy Central Stand-Up Presents and are also writing for SNL.

Festival badges for the 2018 Moontower Comedy & Oddity Festival are already on sale. For more information, visit the Moontower website.