Six Picks From That EAST Beast

Necessary, unless you’re the living embodiment of “indefatigable” 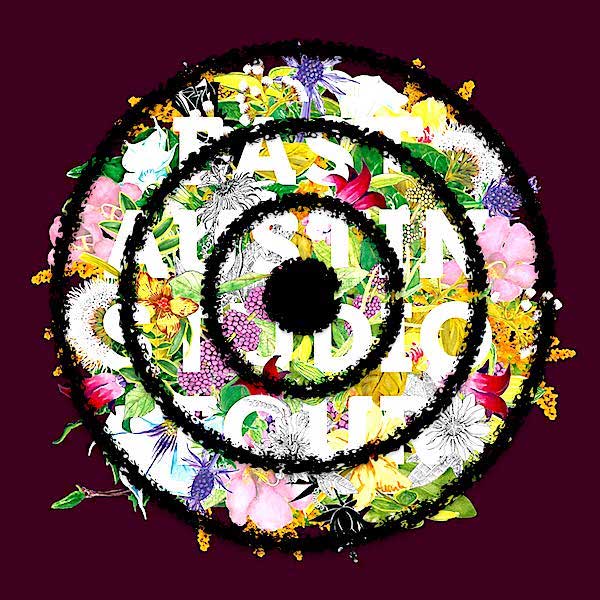 Six recommendations for enjoyable stops along the two weekends of the East Austin Studio Tour.

In case that EAST is just a skoshie, what? Overwhelming, right? And so you’d like to have a sort of operating guide from someone you trust?

But, sure, you know your Austin Chronicle is a Respected Cultural Source, even if we let our “Best of Austin” Reader’s Poll designate Master Pancake as Best Improv Troupe, FFS; and so here’s your reporter Brenner with a little anti-FOMO help during EAST.

Let’s assume you’re going to check out the action at Canopy (where the studio of that brilliant Jess & Jamie Lea Wade duo is, after all) and Flatbed World Headquarters (with Slugfest right down the street) and Pump Project (especially since ICOSA is right there) and all the EAST’s usual suspects. And you should, of course, see as many of the studios and galleries as you can, because there’s really no way to point out all the nodes of excellence available.

But, as promised, here’s six recommendations that will definitely fill your hungry soul’s artisanal bingo card:

Just a few hundred yards away from the EAST’s Canopy epicenter, this compact powerhouse of three-dimensional work features “Sculp-chur,” a group show of unique sculptures packaged to mimic retail presentation, each piece an original artwork presented as if it just came out of a snack-vending machine. The concept and the artists represented here – Colin McIntyre, Terra Goolsby, Laura Latimer, and Dana Younger, among others – are more than sufficient to recommend this venue, but. But: There’s also the mind-blowing, oversized brilliance of that permanent Paved Garden surrounding the gallery, and no better time to experience it than now. And, just a short walk away, there’s Springdale Station with its “Art of the Station” exhibition loaded with similarly compelling wonders. Opening reception: Fri., Nov. 10, 6-8pm (Dimension) and 8-10pm (Station).

We’ve already raved about what Colby Brinkman’s been doing with iron and wood and welding equipment wielded as if he had some hundredth-dan black belt in exquisite blacksmithery. Which is why we’re insisting you’ll miss out bigtime if you don’t stop by his studio, see his gorgeous and eerie work and where it originates. And, bonus: Sculpture and paintings by Haley Woodward and Mckinley Mizar, too.

One of those home studios, yeah. Just a single artist, that’s right. But that “just” is misleading, because, well, because Mulvany. You don’t have to believe in ghosts to appreciate the spirit-world renditions some of his creations offer. You don’t need any form of faith to be haunted by the darkling verisimilitude of his unnerving compositions. What you need is to know that these painterly combinations of realism and idiosyncratic symbology are what canvases and panels pray for as they leave the art-surface factory. Yeah, we think you’ll get it. And you can thank us after the exorcism.

The quirky doodles of John Dromgoole will amuse you; the colorful collages of Lauren Jaben, coming across like less frenetic Lance Letscher pieces art-directed by Katie Field, will delight your eyes; but we’re calling this joint exhibition out because Stella Alesi’s newest pieces are stunning. You like Alesi’s earlier work, those giant photorealist botanicals? And then those fauna-filled circles? And then those shimmering fields of obsessive-compulsive lines and dots? Now here’s a whole new phase of creation from the woman: Dark and geometric and reminiscent of some alchemist’s gambits of design. She’s so tiny, that Alesi, right? But the inside of her head seems to possess the vastness and complexity of the Guggenheim – and we’re lucky it keeps getting exported to where we can see it.

Tell you what – Brian David Johnson has that craft thing down. He’s got it down to where it’s art and manifests in resin-inlaid hardwoods in an impressive diversity of beautifully functional or gloriously abstract forms. And he’s got all that on display here in his studio, but doesn’t neglect to also feature the hand-dyed textiles of Mercedez Rex Singleton, the hex-o-centric finery of Anna Gieselman’s Bee Amour jewelry, Mimi Bardagjy’s explorations in molluscal porcelain, the bold and solid furniture of Brian Frisbie, and – oh, there’s more. There’s more, and you really shouldn’t miss this East Fifth gem of a venue.