It’s our “Best of Austin” issue this week, hell yes – but you know the goodness just keeps on keeping on in this bustling metrop of ours, is relentless to the point of oh-shit-how-do-I-choose?, is enough to make a citizen look below for a quintet of suggestions re: the more culturally vibrant parts of the weekend immediately ahead … 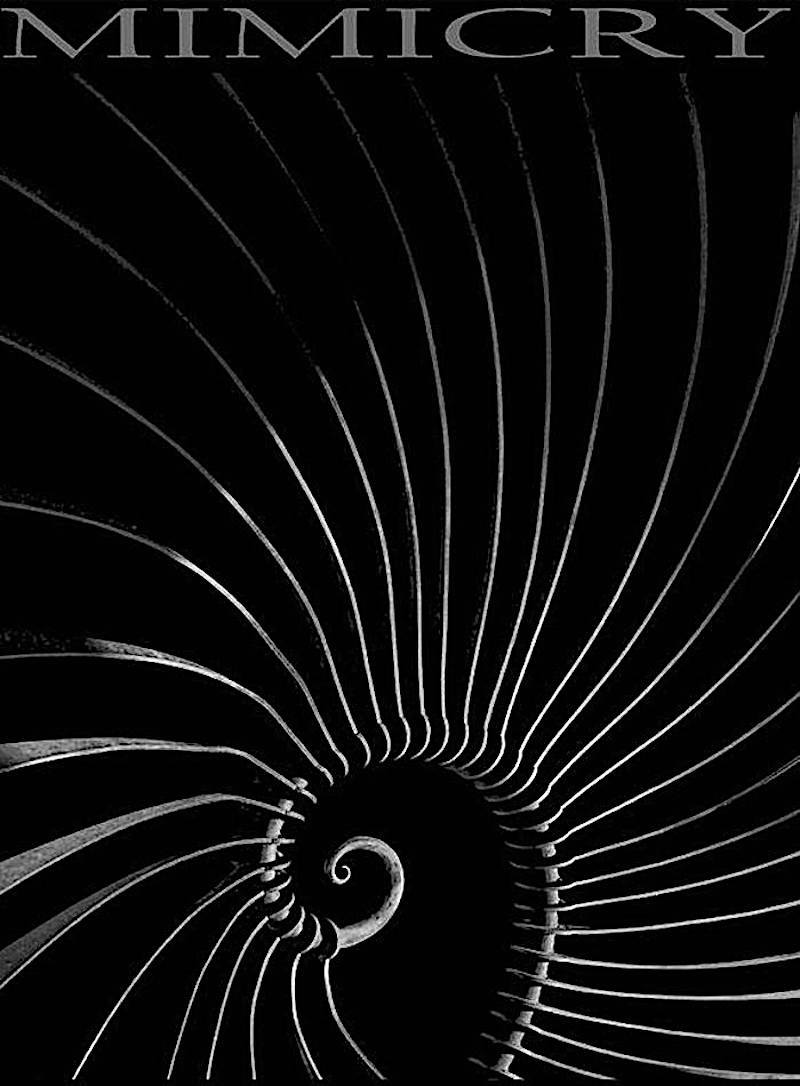 Colby Brinkman, ah, we can't even.

1) All I’ve got to say up top here is Dimension Gallery. Because that fierce space near the corner of Springdale & Airport’s got legendary electronic composer Adi Newton (yes, of Clock DVA fame) performing a new work inside Colin McIntyre’s Resonant Lung on Friday night. And, we can’t stress this enough, Saturday is the last day – from noon ’til 5pm – to catch blacksmith Colby Brinkman’s “Mimicry” exhibition at Dimension. And Brinkman’s creations, wrought from meticulously segmented iron rods and huge chunks of wood carved with (get this) an industrial welding torch, Brinkman’s elemental sculptures are like something out of the most beautiful parts of your scariest nightmares. Also, as ever-present bonus: The Paved Garden.

2) You don’t have to enjoy the feel and smell of a good old paperback in your hands. You don’t have to appreciate the rich thick sauce of literary history spilling over the pasta of humanity’s need for composed narrative. You don’t even have to roll your eyes at the previous metaphor. But, still, you might want to head down to the State Capitol and check out the Texas Book Festival this weekend. Because, well, Nathan Englander’s gonna be there. And Jennifer Egan. And Jason Reynolds. And, uh, Tom Hanks? Yes. And that’s only a few of the text-only crowd, without mentioning graphic novelists Tillie Walden and Tom Gauld and Jeffrey Brown and – oh, hell, even your writin’ neighbors like Amy Gentry and Owen Egerton and Robert Cargill will be there. I mean, books, you know? Booooooooooooooooks.

3) You might’ve gotten the idea from somewhere, maybe heard a rumor, that opera is pretty much dead these days? But when it’s performed by One Ounce Opera, in an excellent series of short and relevant-to-modern-times vocal excursions called Fresh Squeezed Ounce of Art Songs at that Central Presbyterian Church on Friday night? Listen: Those people with their knock-you-on-your-ass voices, they’re not zombies, they’re not anywhere near dead. And this bright night of aural glory, featuring newly commissioned works from composers all across the country, will make you feel even more alive.

4) But, then again, perhaps you prefer something a bit more vicious on the mic and the turntable? Where the beat might not reach a point of cessation until, approximately, the break of dawn? Then you wanna groove on down to The Gatsby on Saturday night, because that’s where Nathan “SLOKE ONE” Nordstrom and Rachel “Thee Supreme Empress of Arts” Koper have curated up a body-rocking spectacle of the four elements of hip-hop – graffiti, breakdancing, MC'ing and DJ'ing – for your urban delectation.

5) Or how about something a little different in the world of theatrical performance? You game for a little keep-it-weird Austintation this weekend? I’ll point you to two things here, and then you’ll decide (or check the ol’ Magic 8-Ball) and let us know what happens, yes? Because Chronicle theatre critic Elizabeth Cobbe has this to say about the Groundswell Theatre project Bear Eats Bear … and but ColdTowne’s Arthur Simone and his tech buddies are doing that improv-plus-robots-equals-fun thing they do at the Long Center.

Huzzah, and one hell of an arty weekend to you!