Behind the gates at Scream Hollow and the House of Torment 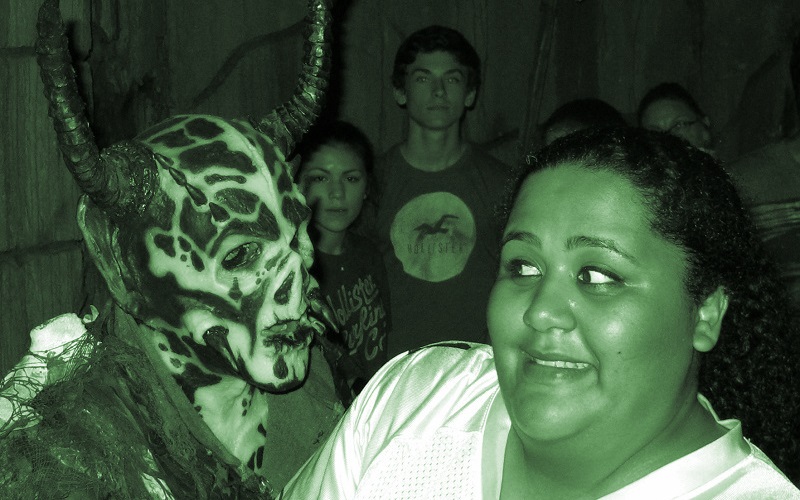 Alone in the dark? Maybe not. Face your fears at Scream Hollow, one of Austin's two industry-leading haunted houses. (Photo by Richard Whittaker)

Halloween comes but once a year – but Austin's haunted house scene delivers twice the terrors, as the old evil of the House of Torment, and the rising menace of Scream Hollow set the standard for shrieking scares.

After its long-awaited move from its old home next to Highland Mall last year, the multi-award-winning House has possessed a new lair just off 183, with three state-of-the-art haunts: midway murder at the Dark Carnival; evil nuns at the Possession; and the hardcore scare of the Deranged. It's a long, hard road from the building's old (and equally malevolent) purpose as a call center, but it's just the latest stage in the evolution of the House. 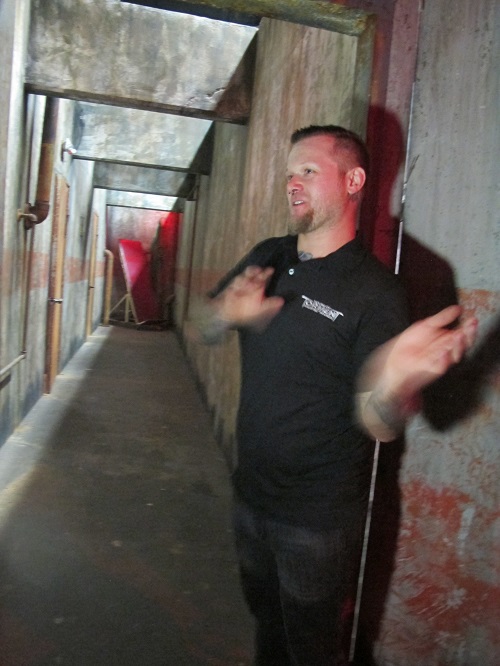 House of Torment production manager Matt Jeske (Photo by Richard Whittaker)
Starting 15 years ago as a home haunt in founder Dan McCullough's front yard, it has expanded with locations across the nation. This year it formally merged with another haunting powerhouse, the 13th Floor. General manager Glenn Lenard says, "With that, over the next few years, you're going to see a lot more Houses of Torment and 13th Floors popping up around the nation."

Yet the root of all evil remains the Austin location, and that's not just for Halloween itself. There's also the tunnel-of-love-esque Valentine X, Krampus at Christmas, Slasher Fest, and Zombie Apocalypse, which Lenard described as "a live-action video game."

But for now, the House's shadows are filled with All Hallow's Eve monsters, and the backstage team know what it means to be in haunt, creeping and crawling. Like many of its senior staff, production manager Matt Jeske started as a scarer: So did chef Travis Dossing, who keeps the fires burning outside with handcrafted treats at Kreepy Kabob Eats; and performance manager Erica Stackhouse, who also works on the House's Don't Be a Monster anti-bullying charity.

During October, which is also anti-bullying month, the nonprofit works with haunted houses in 19 cities around the nation. Humans and creatures will visit an estimated 300,000 children to talk about making schools safer for everyone, as well as distributing wrist bands with the National Suicide Prevention Lifeline number on the inside. In Austin alone, Stackhouse says, "We have a team of 10 people, and we'll be going to about 40 schools, where we'll be seeing about 12,000 kids ourselves." Down the road in Smithville, there's a different kind of terror out at old Scream Hollow. Norm Glenn cut his bloody Halloweening teeth at another lost Austin scare, the Mansion of Terror, but it still lives on as one of the four attractions at his massive site. Since it opened in 2015, the Hollow has played host to three frights: the revived mansion; plus Zombie City, and Slaughter Circus. The trilogy of terror got an addition this year with Wicked Darkness, a demonic maze of horrors where wits are as vital as guts.

What makes them a little unique is that they go indoors and outdoors, and that sense of confusion when visitors suddenly find themselves in the woods is just one of the tricks up Glenn's sleeve. That includes hi-tech deceptions like infra-sound – low-frequency vibrations associated with ghostly locations. Is there something really ghoulish, or is it the sorcery of science?

Yet the tension inside the haunts was equaled by Glenn's original decision to bring his frights from the old Mansion in Round Rock out to this quiet country setting. He calls his original plan "scary as hell. You pour all this time – we put 70,000 hours of work into our initial year, building this two-story mansion in the woods in winter – and there's this thought in the back of your head, 'I hope people come.'" 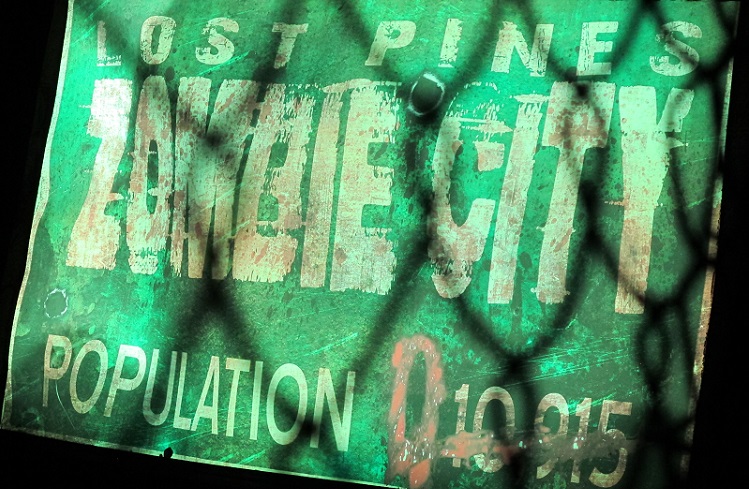 Yet come they did, and the Hollow has seen attendance nearly double over the last two years – not just from Austin, but from all across Central Texas, making their way under the creeping shadows of the Bastrop pines. That's why Glenn had to make the drive worthwhile. "Because we're 30 miles outside of Austin, and a good 45 from San Antonio, we couldn't just be a haunted house. We had to turn from a haunted house to an evening event."

After seven years running the original Mansion, he says, "The haunted house part, I think we had that down. But the other part was putting in a commercial kitchen and a cafe and bakery and a bar and retail vendors." Now he's quite happy to call his frightmare "the Halloween version of a Ren faire."

Yet while Glenn is as happy to see parents drop their kids and hang out as he is to see them go through the haunt, it's still the scares that matter the most, and so the location is as much a source of unease as any single shock. That's why Glenn picked an old wooded ranch, close enough to the highway for an easy drive but remote enough that the sound of chainsaws has a different resonance. He says, "I wanted to create the suspension of disbelief that you could really be harmed."

For more on the Don't Be a Monster anti-bullying charity, including how to book a visit from the friendly ghouls to your school, plus commercial sponsorship opportunities, visit ww.dontbeamonster.org