Review: What Unites Us

Dan Rather's reflections on patriotism just may give you hope 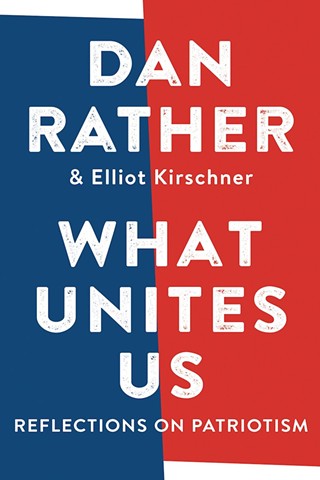 If you think you’re unfamiliar with Dan Rather, you’re probably not. His career as a journalist stretches back decades and spans what feels like every major American moment: Watergate, the Kennedy assassinations, 9/11. From his CBS work through Dan Rather Reports, this newsman has been on your TV and taught you something about the world.

In What Unites Us: Reflections on Patriotism, Rather takes this wealth of experience and uses it to examine the current, fraught political moment. Broken into five sections, Rather examines all the different components that must come together for a healthy nation. Each section builds on a pillar of Rather’s ideal America (Freedom, Community, Exploration, Responsibility, and Character) and details how history has both succeeded and failed in its pursuit of these fundamental traits. Let the failures be lessons, let the successes be motivation, he seems to say.

Much as the culture has democratized the word "hero," expanding its meaning to include more people, Rather seeks to turn everyone into a "patriot." In an age of blind faith in political leaders and alternative facts, patriotism can seem like a dirty word. Rather’s book changes that feeling. He advocates patriotism as a tough love, a working relationship. Complacency or blind pride have no place in Rather’s patriotism. With each new chapter, the criteria of patriotism expands to include empathy, service, audacity – traits that challenge the self as much as they change the world. It’s an optimistic read that could feel overly sentimental from anyone else. But because of Rather’s journalistic legacy, documenting some of the worst days in the world’s history, this hopefulness reads as genuine.

In fact, reading What Unites Us, you can almost forget how quickly political conversations in the public sphere spiral and mutate into arguments. If everyone could adopt the measured tone of Rather – along with the systematic coverage of almost every aspect of popular society and policy – you begin to feel that political chasms could be crossed. While it would be difficult to match the levelheadedness of Rather off the page, his book implores you to do that. Think of it as a new year’s resolution come early – or maybe a guidebook for your Thanksgiving dinner – but Rather implores you to step back into the world with compassion and gumption, global existential crises be damned.

What Unites Us: Reflections on Patriotism

by Dan Rather and Elliott Kirschner
Algonquin Books, 288 pp., $22.95 Dan Rather will speak on What Unites Us Sat., Nov. 4, 12noon, at First Baptist Church, 901 Trinity. For more information, visit www.texasbookfestival.org.

Texas Book Festival 2017
Lovers of the literary, you’re needed at the Capitol for this year’s TBF, stat! 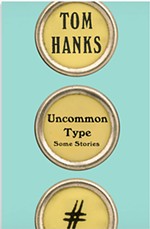