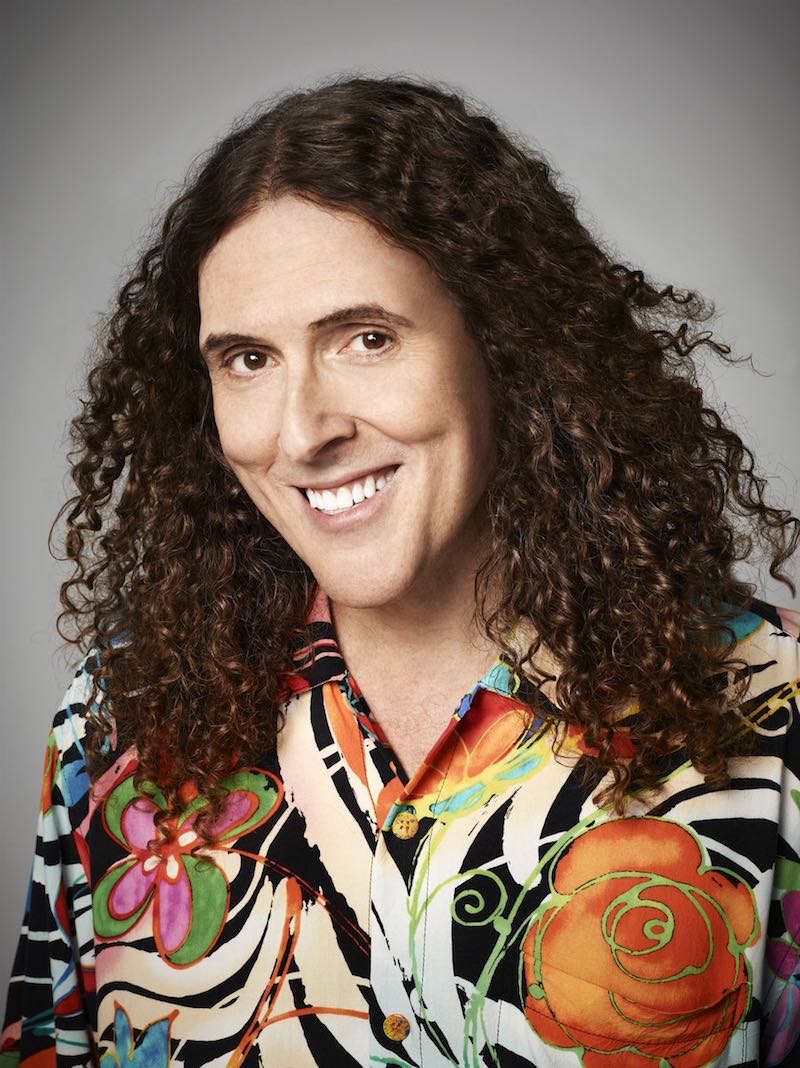 The calendar may say ACL, but the folks at the Moontower Comedy & Oddity Festival want you to know that it's not too early to be thinking about their springtime punch line extravaganza. Today, they've announced the first headliners for Moontower 7: Mike Birbiglia, Tiffany Haddish, and Mr. "Eat It," "Weird Al" Yankovic.

The 2018 festival – produced, as always, by the Paramount Theatre – is slated for April 18-21, 2018. That's right in the middle of Yankovic's next tour, The Ridiculously Self-Indulgent, Ill-Advised Vanity Tour, also announced on Friday the 13th. In it, "Weird Al" will be taking a break from the parodies for which he's best known – and the splashy production elements that he employs to perform them live – in favor of an "unplugged" approach: just him and his band, playing the deep-cut originals that they love. And in a further nod to the past, Yankovic will have as his opener old friend Emo Phillips, who will fulfill that duty at Moontower. (If you're looking to bone up on your "Weird Al" catalog before his Moontower gig, you'll want to scoop up Squeeze Box: The Complete Recordings of “Weird Al” Yankovic, a Legacy Recordings set of all 14 of his studio albums plus a rarities album and a 120-page book of photos from the archives, in a box designed to resemble – what else? – an accordion.)

Mike "Sleepwalk with Me" Birbiglia is making a return visit to Moontower. In 2014, he was here performing his show Thank God for Jokes, which was just turned into a Netflix comedy special back in February this year. Though increasingly known for his film work – Don’t Think Twice, his cinematic look at a fictitious improv troupe, premiered at SXSW in 2016 – Birbiglia continues to stay busy onstage. In fact, he's on the road this fall, working out a new show, currently just called The New One.

Haddish is a Moontower newbie, though it doesn't mean she's new to audiences. In the last few years, the comedian-actress has been breaking big: on TV in The Carmichael Show; on film in the Jordan Peele and Keegan-Michael Key vehicle Keanu and in the hit comedy Girls Trip, alongside Queen Latifah, Jada Pinkett, and Regina Hall; and on cable in her own Showtime special, Tiffany Haddish: She Ready! From the Hood to Hollywood.

If those strike you as can't-miss performers, then you'll be pleased to hear that you can go ahead and purchase your badge for Moontower 2018 today – and at early-bird prices: the multi-tiered Star badge at $350, the Warrior badge at $179 early bird, and the Satellite badge at $79. For details about each and to purchase them, visit moontowercomedyfest.com or call 512/474-1221.