So much! So good! So much good!

Listen: You can catch the second weekend of ACL later, vicariously, when our “Playback” columnist Kevin Curtin drags his weary ass from the Schwarzschild Radius of Resolute Partying long enough to report on what happened with what to whom. Instead, get your non-festival soul leveled-up with one or more of these worthy events: 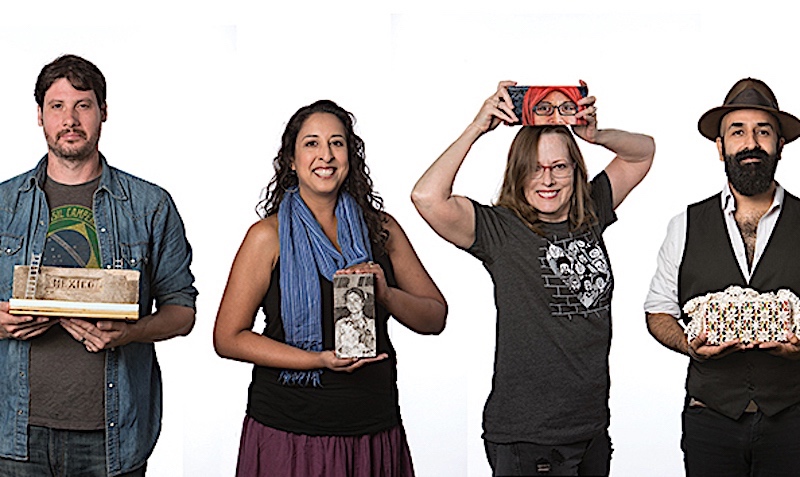 Unbuilding it brick by brick.

1) “CHINGA TU MURO,” as the T-shirts say, and we wholeheartedly agree. But leave it to artists – talented, cunning, occasionally suffused with diplomacy – to express that sentiment in a more positive though no less powerful way. And leave it to Nick Ramos, ex-Georgetown Art Center, to wrangle more than 150 creative Texans to create one brick each, to display those bricks in an exhibition called “Build Hope Not Walls” this weekend, with Big Medium providing the venue and the proceeds going to organizations that work with refugees and immigrants. “Proceeds,” yeah – because these bricks are going for only $150 apiece. And we say “only,” because some of the artists are among the best in this whole goddamn city, and that’s a ridiculous bargain. And this time, unlike as pertains to the usual POTUS-related bullshit, everybody wins.

2) And, speaking of visual arts, we told you about that Fancy Tom Britton a few weeks ago, right? About how the excellent Austin-based illustrator was welcoming people into his studio to sit for portraits, gratis, for a multiportrait show he was working on? Well, he’s done – the works are complete. And now heeeeeeeeeeeeere’s the show, delightfully facing the walls at Lustre Pearl East, with a vinyl-fueled debut on Saturday night.

3) We also pimped the Vortex production called Vampyress a couple blogposts ago, and forgive us, oh please, if this seems like a repeat? But our reviewer was pretty damn impressed with the show, so we’re just gonna mention that this Saturday’s gig is framed by an all-night-long spectacle of celebration called Erzsebet Bathori’s Naked Feast. So – there y’go, you decadent bloodling, you.

4) If she wasn’t so busy using her bright brain to make crowds of people laugh beverages out their nose, she’d be a Very Important Essayist. If she weren’t such a thoughtfully expressive writer, we’d be like “Oh, STFU and do something funny.” That sort of paradox is true of only the best comedians, we reckon; and, extrapolating therefrom, bubba, we highly recommend seeing Carina Magyar at the Velveeta Room this weekend. Bonus: The amazingly delightful Arielle Norman opens.

5) And, speaking of smart women, is it just us, or does that Yuliya Lanina always seem to be in the middle of the coolest, weirdest things in town? This Saturday at the Museum of Human Achievement, Lanina’s miniature mechanical sculptures inspire a sonic exploration of childhood awe and wonder from composer Yevgeniy Sharlat – as performed, among other pieces, by the vigorous virtuosi of NOW Ensemble and invoke in Fast Forward Austin’s Spare the Rod concert.