Architect Dick Clark made a major impact on the look of Austin through his work for such local landmarks as the South Congress Hotel, 612 West, Fino, and Mezzaluna. But that didn't end with his death on Aug. 8. This week, the University of Texas announced that Clark's estate left funds to establish two new endowments at the School of Architecture.

The gifts should come as no surprise to anyone who knew the "Godfather of Austin Architecture." Clark graduated with a Bachelor of Architecture degree in 1969 and remained loyal to and involved in the life of his alma mater throughout his career. He belonged to its Advisory Council and to the Goldsmith Society, a group of major donors to the school. Just last year, he served on the search committee that selected Michelle Addington as the school's new dean, and in 2008 he established the Dick Clark Travel Fund to provide gifted UT architecture students with funds for international travel. He mentored many students and alums – not least among them another transformative force in the city's restaurant scene, Michael Hsu.

Architects of all types had reason to value Clark's attention and advice. With more than a thousand projects to his credit – covering everything from restaurants and resorts to custom homes – and more than 70 awards, including the American Institute of Architects' highest honor, the title of Fellow, Clark could speak from a place of both experience and excellence in design and architecture. He knew his business.

And he knew the profound impact that business could have on a growing city. Clark's architectural work in Austin played a prominent role in the transformations of the Warehouse District and South Congress. His work on the restaurant Mezzaluna in 1992 helped create a fine-dining destination in the midst of an area then-dominated by abandoned industrial spaces, and he added to the evolution of the Warehouse District with his work on the Bitter End, Capitol Brasserie, Hangar Lounge, Rain on 4th, Kenichi, Lonesome Dove, Maiko Sushi Lounge, Key Bar, and Star Bar. (The Downtown Austin Alliance recognized the significance of Clark's efforts when it presented him with its inaugural Downtown Impact Award in 1999.) As for SoCo, Clark's work on three major new developments – the '04 Lofts and 1400 South Congress complex, as well as the South Congress Hotel – put such a distinctive stamp on the Avenue that any projects following in their wake will have a high bar to meet if they want to be noticed.

Of course, Clark's influence was felt far beyond those two districts. From Congress Avenue north of the river (Speakeasy, Annie's on Congress) to the neighborhoods surrounding UT (Guadalupe 31, Granite Cafe, Fino) to the Highland Lakes (the Grove Wine Bar in Bee Caves, the Trails at Lake LBJ, Soleil Restaurant and Uncle Billy's on Lake Travis) to just about every ZIP code in the city and a number outside it (literally hundreds of private residences), Clark created a visual vocabulary drawn from Austin's sense of place: clean lines and open spaces; a contemporary sensibility balanced by a respect for tradition and history; thoughtful use of limestone, stucco, wood, and water; a generous use of glass to maintain a connection to the Central Texas landscape and allow for interior spaces to be washed in Central Texas light. Given his extensive career – he founded Dick Clark Architecture in 1979, and it continues to this day as Dick Clark + Associates – Clark was able to leave a substantial impression on the city that meant so much to him.

Clark was 72 when he passed away in August at MD Anderson Cancer Center in Houston, the end to his battle with leukemia. Though his own transformation of Austin has ended, his influence will continue to be felt, through the work of his firm and through those who receive the Dick Clark III Scholarship and the Dick Clark III Chair in Architecture at UT.

For more information, visit the School of Architecture website. 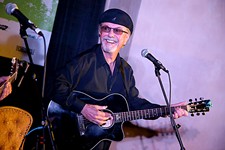 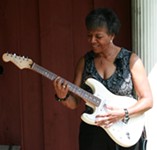