2017 Texas Biennial: Putting It Together

Leslie Moody Castro on reviving the show after four years

When Leslie Moody Castro accepted the job of curating the 2017 Texas Biennial, she wasn't simply agreeing to select the art for another round of this statewide survey of contemporary art. She was also agreeing to help jump-start the Biennial after a four-year gap, to re-energize the show in the minds of artists all across Texas. 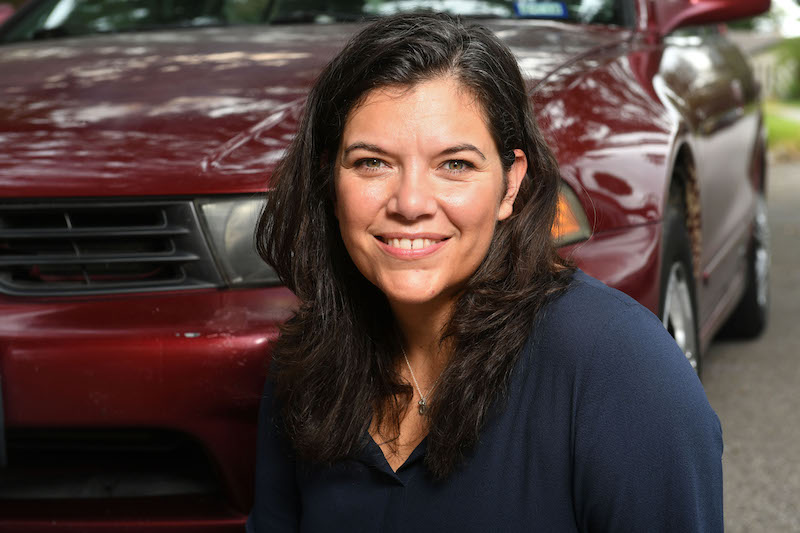 You see, after the fifth edition of the Biennial in 2013, the Biennial went on hiatus. The exhibition had taken a number of forms in its first few years, sometimes with a single curator, sometimes with multiple curators, sometimes showing in one place, sometimes showing in several places. The organizers – largely centered at the Austin art organization Big Medium – opted to take some extra time to look at what had worked and what hadn't, what the Biennial was actually capturing about the work of artists throughout Texas and what it was missing. There ended up being no Biennial in 2015, but the re-consideration of the exhibition was completed in time for a sixth edition to be held this year, with Castro at the helm. In another interview with the Chronicle ("I Saw Miles and Miles of Canvas," Sept. 29), Castro describes the epic 11,300-mile road trip she made all over the state to visit artists' studios and learn about the work being made in them. Here, she talks about what was involved in rebooting the Biennial after its gap year.

Austin Chronicle: When you were first approached about curating the Texas Biennial, what were your thoughts?

Leslie Moody Castro: My first instinct was “Holy shit! What would I be getting myself into here?” Because it’s a huge responsibility, and I’d known the sentiment of the Biennial and the feeling [about it] across the state because I had worked in so many cities in the past. So I knew that I was walking into a very complicated situation, and at first that was my biggest hesitation: Could I really take that on? Should I take that on? And is it an equitable salary for the work that is going to need to get done? Because the first six to eight months is about a lot of therapy, like going to the Art Fair in Dallas and talking about the Biennial and changing that image and shifting the narrative of it, and doing the same in Houston and San Antonio. So it was a lot of: Am I up for this? Am I up for taking on the job as it is, as big as it is? But also, do I have the emotional capacity to be the art world’s therapist with this right now? [Laughs] That was really big for me, and I felt that, because I had been lucky enough to work in so many cities, I had the responsibility to do it. I also knew that I wasn’t going to be in it alone. And that’s really what happened in the end: Everyone came together to support me, and then it became bigger than me.

AC: Did you or anyone at Big Medium have any concerns about the gap since the previous Biennial?

LMC: I did. I think we all did. I think this is also a symptom of the Biennial in general. In the past, there was also a major gap between each Biennial cycle. Every year we had to start from scratch and put our name out there again rather than [have] this continuity from one year to another. Obviously, this year was much more significant because there was much more time between the Biennials, but I think it worked in our favor because we could make some major changes without having to talk so much about the institutional past. It gave us time to reflect on what was happening across the state and the criticisms we needed to learn from to move forward with it this year.

AC: What sort of criticisms?

LMC: There was a lot of confusion in general about the Biennial, like: Is it an exhibition? Where is it held? The model changed every year. It wasn’t as artist-focused as it is this year, and that was a major criticism. There was the open call, which was the foundation of the Biennial, but then you could also be invited in by a curator. And not to pooh-pooh on artists who were invited in the past, because they did amazing work, but the equitability of taking the time to do the open call and submit and pay the fee, as opposed to just crossing your fingers and hoping you know the curator and then getting invited in, is very different. So I really wanted to place priority on the open call this year, and I’m happy to say that all of the artists [selected for the Biennial] did apply to the open call. In the past, the Biennial had not paid artists honorariums, so that was something we changed this year. Everyone is getting the same honorarium, which is why there are only 33 artists. And another thing we changed this year was that we really did get out into the state. In the past, there really wasn’t the same feeling of understanding what was happening all over the state, which is why I went on the road trip. That was to really try and take the temperature of what was happening in all of the communities in the state. So I wasn’t interjecting my voice – quite the opposite: I was listening. And it was amazing.

AC: So you talked through what you wanted the Biennial to be. Were you expecting a particular number of submissions this time, compared to previous years?

LMC: In the past, we’ve gotten right around 1,000 submissions. This year, I was hoping to get it up to 1,200. I knew that it was going to be a push, but I also knew that I had so much support around the state and there was such a general excitement about the Biennial coming back. We had 80 partner organizations around the state – institutions, nonprofit galleries, collectives, things like that – that really put the word out there, and we got 1,217 submissions. So we went over the goal enough to be really excited. And of course, that gave me a lot more work. But I did see every single submission. I saw every image. I read every statement. I looked at every single one of them.

LMC: It was kinda cool. And I was really happy to do that. One of the criticisms in the past was that there was very little transparency in the Biennial and very little accessibility to the curator, so I wanted to collapse that a lot and be as accessible as I could and as transparent as I could in my decisions. That's why I decided not to go with a jury, because the more people you put in the hierarchy between the artist and the curator, the more that transparency starts to disappear.

AC: So you’ve made the trip, you’ve decided which artists will be exhibited. How are the two connected? Where in the exhibition will we see reflections of your statewide odyssey?

LMC: The actual exhibition design. When I started on the road trip, I knew that I had to give myself some parameters, not just go out there totally open and blind. And one of the parameters was the open call. I wanted to think in terms of, if I were to generalize work in the state just looking at the open call, what would that look like? So that was the first thing I was looking at: What are the very general threads that can connect artists from region to region, place to place?

The second lens was looking at identity as an artist in Texas – what does that mean, what does that look like? What are people doing? How are artists talking to each other or not?

And then the third lens was thinking about the state as a border zone. Of course, we have one major border, which is the border of Texas and Mexico, but even then Texas borders, I think, three states of Mexico. Plus the other states that we border – Oklahoma and New Mexico, for instance. We opened the parameters of the open call to include artists living within 10 miles of any border. And while 10 miles isn’t that much in terms of geography in Texas, it was a gesture of trying to understand artists of other places as well. And how is the state involved in the bigger picture of being a border zone? We talk about the Mexican border, but how often do we talk about the Native American border in North Texas or the Panhandle?

That’s what I was really, really interested in, and in the actual exhibition, we’ve designed the floor plan so that once you come into the show, you have to walk through the entire thing. The idea is that it will take you on this journey of the road trip that I did, looking at these three lenses. But it came down to the exhibition design, and it came down to speaking with the architecture of the space rather than working against it or changing it. So when I made the final selection of artists, I had a lot of narratives in my head of what could work and what couldn’t work, and I literally just sat down with the open call artists, the ones that were short-listed, and just started shuffling things around. I put a jigsaw puzzle together, and that’s how I came up with the artists. In the end, what’s going to happen is it’s going to be this entire experience. I feel like I’ve come full circle. I started with these three things in my head, and that grounded me through the entire trip, throughout the entire curatorial process when I felt lost, and when we finally got the confirmation on the space, I came right back to those three ideas, like how do we now talk about space?

AC: Last question: You started with the question: How do I curate this Biennial? Have you answered that question for yourself?

LMC: You’re going to have to ask me that in six months. [Laughs] I think that with all of my projects, right before the opening – especially the day before the opening – I go through this period of “Oh my god, I did everything wrong.” And then I go back into the space and look at things and then I’m like, “No, this actually does make sense.” Right now, I’ve not had that sense of “Oh shit, what did I do?” I still feel very strongly about the work. The works speak so well individually and with each other. I’m really happy with the way things are turning out. I’m really happy with Big Medium. I feel like I co-curated this with the whole state.

Texas Biennial 2017: The When, the Who
Big Medium announces dates and artists for statewide show