Author of The English Patient sends papers to UT 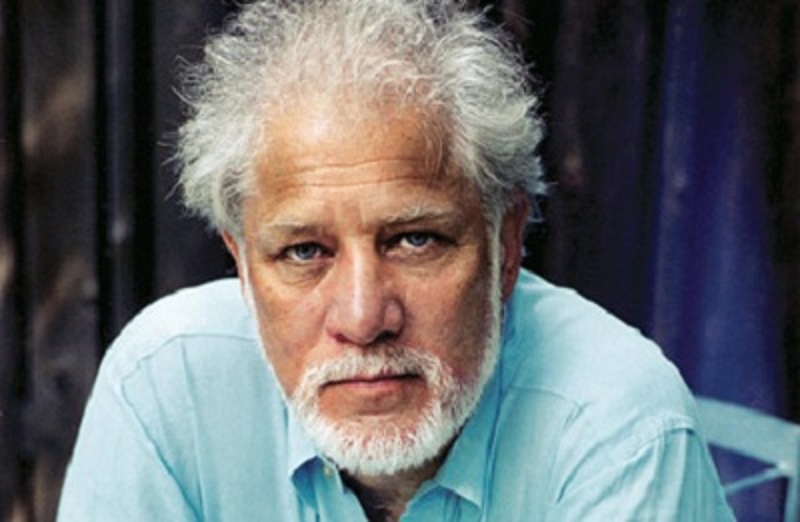 The Harry Ransom Center has scored another literary coup: the archive of Booker Prize winner Michael Ondaatje, author of The English Patient, as well as five other award-winning novels and a host of poetry collections.

The announcement comes just days after Ondaatje's publisher made public the release date for his next novel, Warlight. According to Alfred A. Knopf, the book, which follows a brother and sister in London just at the end of World War II, is due on bookshelves May 22, 2018. One can only hope that the more than 90 boxes of material being relocated to Austin will contain the handwritten notebooks for this work as well as for Coming Through Slaughter – his first novel, from 1976 – and more recent books such as Anil's Ghost (2000) and Divisadero (2007), both winners of Canada's Governor General's Award.

Ondaatje is known to make scrapbooks of his notebooks as he develops a work, supplementing his text with research notes and background on the work's settings, including images and photographs inserted among the manuscript pages. "This is where the novel gets written and thought out," he explained in an interview with Ransom Center Director Stephen Enniss, "each notebook reflecting a specific stage in the making of it. I always enjoy the look of these handwritten books more than a typed manuscript." But since the author himself admits that his handwriting is notoriously difficult to decipher – "unreadable, even to me sometimes" – he frequently dictates material to be typed up later; those audio recordings will be part of the archive at the HRC, too. Also among the papers are drafts for his poetry collections, from the earliest, The Collected Works of Billy the Kid (1970), to the latest, The Story (2006), as well as those for his 1983 fictionalized memoir Running in the Family; dramatic adaptations of his novels and poems; works he has edited, such as the Long Poem Anthology and the literary journal Brick; and correspondence spanning his half-century career, including, naturally, letters about The English Patient film, to and from director-screenwriter Anthony Minghella and stars Juliette Binoche, Willem Dafoe, Ralph Fiennes, and Kristin Scott Thomas.

Ondaatje was born in 1943 in Sri Lanka, then Ceylon, and as his parents separated when he was an infant, he spent his boyhood with relatives there. Then, at the age of 11, he traveled to England via ocean liner – a journey that became the basis for his 2011 novel The Cat's Table – and was reunited with his mother there. Eight years later, he moved to Canada, where he has made his home ever since.

Once again , it was the phenomenal holdings at the Ransom Center that swayed the author to make it the home for his papers. On his initial visit, it was the comprehensive photography collection that bowled him over, then on the next, it was the literary materials, what he called "that gathering of wonders," citing "Robert Browning’s address book, a draft of Faulkner’s Light in August, a letter from Tennyson to Whitman (who knew!), poems by Yeats, Borges …."