The Last Sure Thing 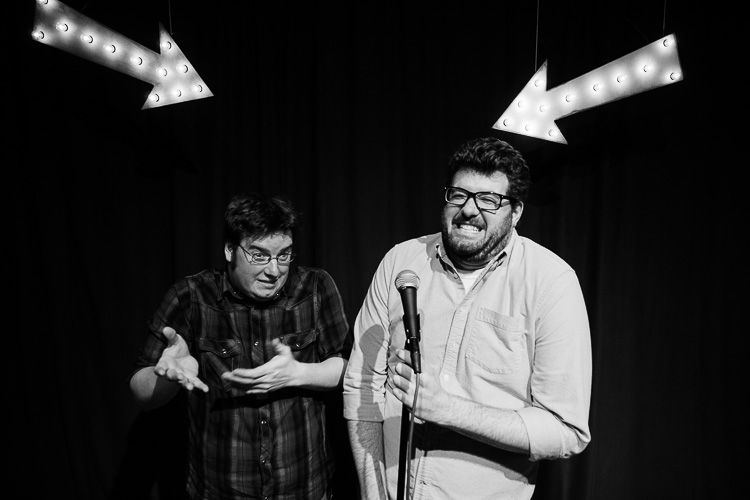 For five years, one sure thing on the Austin stand-up scene has been Sure Thing, the free comedy showcase hosted by Duncan Carson and Brendan K. O'Grady every Saturday at the Austin Java on Parkway. Alas, that cafe is about to pour its final cuppa joe, which means Sure Thing will be without a home, and tonight, Aug. 26, is its last hurrah.

The shame of Sure Thing's shutdown is that, as noted in the Chronicle's guide to Austin stand-up, it's "proven to be the most consistently sharp of its local competitors," and it's been a valuable testing ground for virtually every major comedian in the city. Comics need great places to try out new material, and Sure Thing was one of those places: a splendid match of smart audiences and topflight comics.

The fortunate thing is that this won't affect the Sure Thing record label launched by Carson and O'Grady in 2014 to provide another platform for Austin's stand-up stars. In addition to the albums recorded with such talents as Bryan Gutmann, Mac Blake, Eric Krug, and Carson, Sure Thing has recorded a live version of one of its Sure Thing shows, and it's recording another tonight.

Hey, if the Band can get an awesome live recording out of a farewell concert, why can't Sure Thing? O'Grady and Carson have assembled a formidable array of comedic talent for the showcase's going-away – Pat Dean, Micheal Foulk, Lisa Friedrich, Rob Gagnon, Danny Goodwin, Joe Hafkey, Jesse Hensley, J.T. Kelley, Allison O'Conor, Enzo Priesnitz, Andrew Rosas, Nick Saverino, Chris Tellez, and Devon Walker – so it's bound to be a laugh-packed night to go out on.

Harvey has tried to put a damper on Sure Thing's grand finale, but O'Grady and Carson insist that the show will go on, come hell or, more likely, high water. (Keep it to yourself, Shoal Creek.) Thanks for all the laughs, guys. Have a fabulously funny farewell.