Queer comedian behind YouTube's Gayle admits to being a show pig 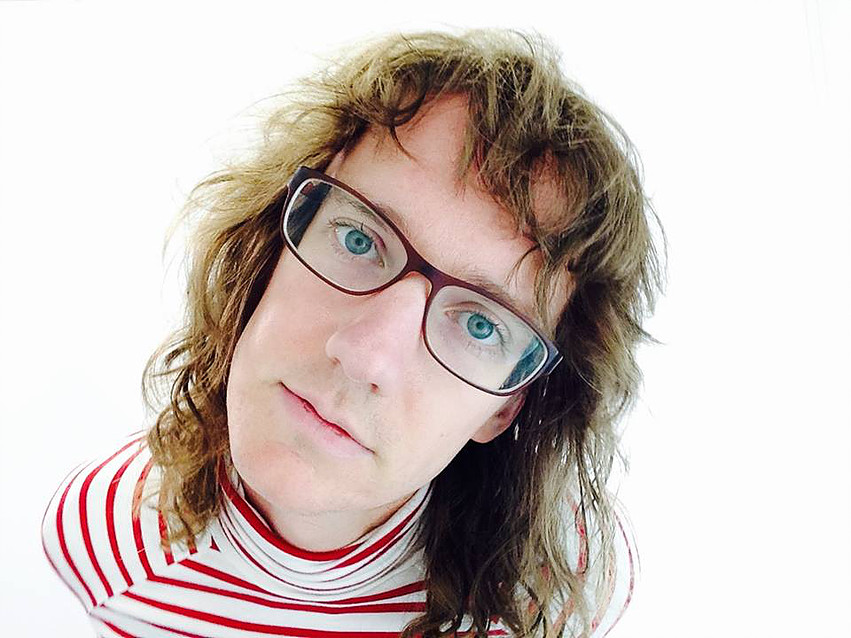 If you’ve been on YouTube at all in your adult life, you are probably familiar with Gayle Waters-Waters, the power-walking, granola-snorting alpha suburbanite mom played by comedian Chris Fleming. Last Thursday, Gayle hung up her pantsuit for a night, and out stepped Fleming onto the North Door stage.

As it turns out, you can take a mom out of the suburb, but you can’t take the suburb out of the mom. Even on a night Downtown in the city, Fleming had errands planned. “I’ll be on my way to the DMV to change my occupation on my driver’s license to ‘queer icon,’” proclaimed Fleming in his stand-up show, Showpig.

While most of Showpig wasn’t particularly queer itself, Fleming did throw out some interesting social commentary on alternative sexual lifestyles and what they might mean for queer people. There’s the straight woman who makes a gay man her best friend for the social capital, for example (no, not all gay boys want to tell you how flawless you are). Fleming also pointed out the uncomfortable idea that polyamorous men are never the people anyone would want to be polyamorous with. “[They’re] the guys who got into Radiohead too young,” he said.

Fleming also hinted at discomfort with his body, how he never really tried “unironic nudity” before, until he went too nude too soon at a Korean bathhouse. However, his body was a significant part of his comedy – unlike most comedians who usually stand in one spot or simply walk back and forth to keep their blood circulation flowing – Fleming’s performance was filled with body-heavy routines, dancing with exaggerated motions across stage and flailing his limbs and hair at whim. His movements weren’t particularly graceful – they resembled Michael Jackson dance moves if Michael Jackson were Jack Skellington. Incidentally, Fleming did admit that he looks like a Halloween decoration.

Fleming confessed to looking like a lot of different things: an old ruthless queen, Ben Folds’ grandmother, a bisexual poacher. These multifaceted personalities that he takes on gets the general public confused about his gender identity. “Chris, the neighbors want to know if you’re trans! Write back, Dad,” he said onstage. (His father is a bit more tasteful than kids with access to the internet and a keyboard when asking these sort of questions.)

However, Fleming will most likely reply with, “I’m not a man, I’m not a woman, I’m a show pig.”