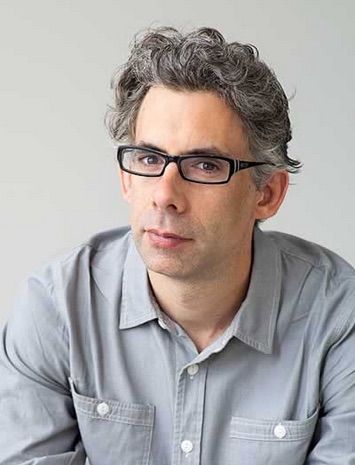 In securing a new director for the Michener Center for Writers, the University of Texas has turned to a native son of the Lone Star State. Joining the center this summer will be Bret Anthony Johnston, award-winning author of the collection Corpus Christi: Stories and the novel Remember Me Like This.

Johnston, who succeeds James Magnuson after a 23-year run directing the Michener Center, is coming to UT from Harvard, where he's directed the creative writing program for the past 11 years. Prior to that, he obtained graduate degrees from Miami University in Ohio and the prestigious Iowa Writers' Workshop, where he obtained a Michener-Copernicus Fellowship from the Copernicus Society of America. (Yes, that's the same Michener – James A., author of Hawaii, Space, Texas, and so many more – for whom UT's center for writers is named. Call it foreshadowing.)

While two decades have passed since Johnston obtained his undergraduate degree from Texas A&M and embarked on his literary adventures out of state, in truth, the writer has never been far from Texas. Most of Johnston's fiction takes place here, and the Corpus Christi native draws on the geography and character of the Gulf Coast like an offshore rig pulling up oil from the seabed. His artful use of it has drawn attention in the U.S. and abroad. That initial collection of short works, 2004's Corpus Christi: Stories, earned Johnston the 2005 Steven Turner Award for Best Work of First Fiction from the Texas Institute of Letters, the Glasgow Prize for Emerging Writers from Washington and Lee University, a National Book Award for writers under 35 from the National Book Foundation, and Book of the Year Awards from both The Irish Times and The Independent of London. His short story "Soldier of Fortune" won a Pushcart Prize and was anthologized in The Best American Short Stories 2011. In 2014, his debut novel Remember Me Like This made best-of-the-year lists in The New York Times Book Review and Esquire. And this year, his short story “Half of What Atlee Rouse Knows About Horses” won the £30,000 Sunday Times EFG Short Story Award.

And it isn't just in fiction that Johnston has maintained his Lone Star ties. His EFG Award-winning short story was originally published in American Short Fiction, an anthology based in Austin. And when Waiting for Lightning, the 2012 documentary that he wrote about skateboarding – did I get this far without mentioning Johnston's abiding devotion to the skateboard? – hit the festival circuit, the film had its premiere right here in Austin at SXSW.

That's all to say that this is no outsider being brought in to run the Michener Center. Johnston knows the territory. But he views his return to Texas less as a homecoming than "a new beginning" and that he's "humbled and grateful for the opportunity." In an email exchange with the Chronicle, he added, "That the Michener Center is located in Austin, that I can work with such gifted writers, both students and faculty, and then go visit Whataburger or BookPeople or No Comply skate shop, is an embarrassment of riches."

Among those riches, Johnston feels particularly excited about the Michener fellows. "The time I’ve spent with the students so far has been incredibly invigorating. The seriousness, humility, and passion that they’re affording their art is a lesson for all of us. The students are taking a great risk by taking this endeavor so seriously, and everyone on the faculty and staff is determined to support them at such a crucially formative time. It’s an honor. The sense of shared enterprise among all of the writers is both thrilling and comforting." 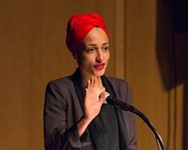 Michener Center for Writers, Bret Anthony Johnston, James Magnuson, James A. Michener, Remember Me Like This