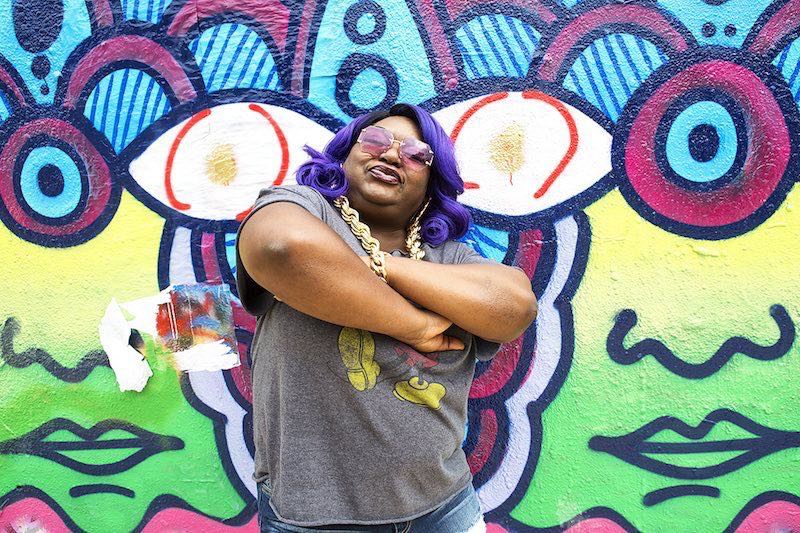 Twelve weeks ago, one of Austin's funniest, fiercest stand-up artists – and probably its best loved – left us way, way too soon. Lashonda Lester's star was on the rise, and we don't know anyone who didn't want to see it hit the big time and shine forever. Wednesday, the comedy community gathers to pay tribute to Lester and raise funds to aid her family.

Shondee Superstar: A Benefit for the Family of Lashonda Lester honors the 2016 Funniest Person in Austin – who died April 6 – in a place that might as well have been a second home to her, Cap City Comedy Club. On the wall where pictures of all the FPIA contest winners hang, Lester's photo stands out – hers is the only African-American face there – but that wasn't what distinguished Lester at the mic. It was, as fellow comic Carina Magyar noted in a memorial piece about Lester for the Chronicle, that "she used her voice like a whip. If something was out of joint, Lashonda would be the first to notice, the first to call it out, and her word had the finality of a judgment. Whether she was telling a joke onstage, freely giving sage advice to a friend, or just watching some nonsense go down in the world around her, when Lashonda’s voice cracked that whip, everybody laughed in agreement."

The whip will be absent Wednesday night, but a strong bill of local comics will do their best to live up to the Shondee Superstar standard. Matt Bearden, the FPIA 2002, a regular on KLBJ's morning show, and host of the regular super-showcase Punch, will emcee the evening, which includes sets from:
• Chronicle cover boy and @midnight contestant Chris Cubas
• Baskets co-star and FPIA 2000 Martha Kelly
• Austin Chronicle's Best of Austin: Best Stand-Up Comic, 2016 Maggie Maye
• Funniest Person in Austin 2017 Enzo Priesnitz

The show begins at 7:30pm, but a silent auction will be set up at 6pm to help with the fundraising efforts to ease any financial burdens that Lester's husband Dana and their son Alex may incur this year. Word is that Comedy Central, which was set to film an episode of its series The Half Hour starring Lester will make a substantial show of support during the night.

So come raise a glass to a very special comedian, a dear wife and mother, and a beloved member of the community. She would have wanted you laughing.

Tickets to Shondee Superstar: A Benefit for the Family of Lashonda Lester are $20. For more information, call 512/467-2333 or visit www.capcitycomedy.com.