Five Arty Things To Do In Austin This Weekend

Arty, yeah. You know: Creativity actually happening in our city.

Step away from the screen now, darling. Just for one night, OK? And then you can get back to it instanter, we swear, then you can re-enter the endless online churnings and commercial-media binge-sessions all refreshed from having experienced – Oh! Actual, non-virtual life! 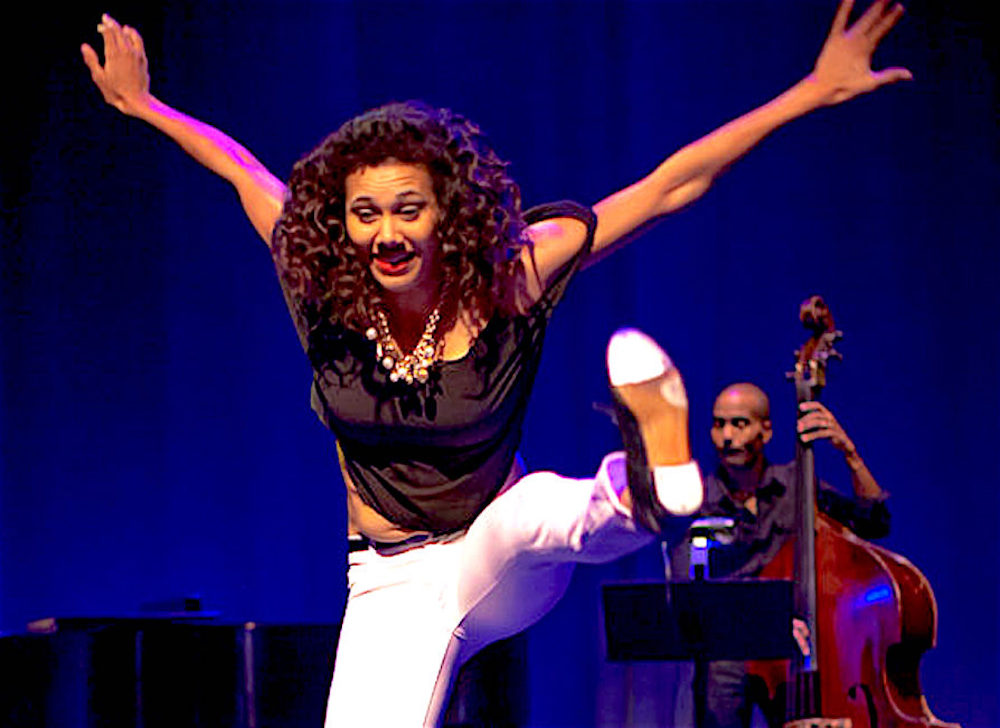 SOUL TO SOLE TAP FESTIVAL in which Tapestry Dance Company presents their annual gathering of contemporary tap-dance greats, the international stars going mad staccato with the fancy footwork among the flows and throes of live jazz on Friday and Saturday night at the Long Center. Y’know, we’d love to see these artists hacking their remarkable hoof-o-technics all wildstyle against the center’s magnificent exterior architecture … but, OK, we’ll gladly partake of this exclusively inside, stage-storming kinetic spectacle, too.

THE PIRATES OF PENZANCE This is Gilbert & Sullivan’s comic opera, of course – from which we get that inextinguishable “Major-General’s Song” that people have been parodying since the day after it premiered more than a century ago. Whence comes, also, the name of that banana-loving major (well, his rank was Captain, yes) character in Pynchon’s Gravity’s Rainbow. And which is responsible for many other allusory cameos throu – oh, never mind all that! Here, the local chapter of the Gilbert & Sullivan Society brings the classic musical comedy tale to staged life again, having the damned good sense to use a few One Ounce Opera worthies – sea-worthies, even, ha! – among its professionally tonsil’d cast.

FLATBED PRESS NEW-EDITION CELEBRATION The Flatbed Press is a place good for visiting any time your eyes want to experience graphic brilliance created via a diversity of hand-printing methods of ancient pedigree … but especially good for attending when there’s a reception for the annual show of new editions. Which there is, citizen, tonight – that’s Friday night, yes – along with a party for the “Super Saturated” show curated by Flash Collective within the same near-labyrinthine complex. To say it’s recommended … would be the actual definition of redundancy in this context, n’est-ce pas?

AUSTIN BEERWORKS X LIMITED HANGOUT Because, if you love visual art, and if you especially love that subsection of visual art called graphic design, and you love beer, and you especially love that subsection that’s locally crafted … well, holy St. Augustine of Hippo, how can you not love this party that joins all those excellent thirst- and soul-quenching things together in one Austintatious, DJ-enhanced Saturday night? (Answer: You can’t not love it. Just remember to have a designated driver or grab you some Fasten, mmmkay?)

REVEL SOLSTICE FESTIVAL: LAUNCH PARTY Because the classical music lovers and performers of Revel just can’t seem to stop radiating the old-school sonic finery, here’s a Saturday shindig to inaugurate the next series they’re sparking this city’s cultural life with. Held in the local bastion of literary goodness called Malvern Books, featuring a live performance by the Bel Cuore Quartet, with readings by that nonpareil mistress of modern verse, Carrie Fountain.