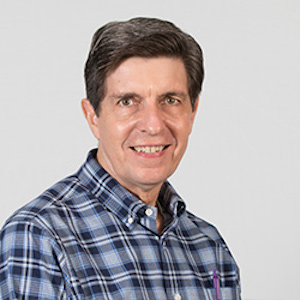 If anyone in the Austin arts deserves to put his feet up and chillax, it's Paul Beutel. He's been busy here for 42 years – acting, writing about film for the Statesman, doing PR for UT, and managing and programming both the Paramount Theatre (for 18 years) and Long Center (for eight). Well, at last he gets to take it easy: He's retiring June 30.

The official word came down Tuesday from the Long Center, where Beutel is currently senior programming manager, and the man himself confirmed the move on Facebook within hours. "And so, folks," he wrote, "the time has come to bring down the curtain on what for me has been a wonderful and hopefully impactful career."

Impactful? Without a doubt. This is, after all, the man who successfully steered the Paramount out of financial peril in the Eighties and into the beloved place it holds in Austin's heart today. If there was something at the Paramount that people cherished – the Tuna plays, Stomp, the late, lamented Austin Musical Theatre, the Paramount Summer Classic Film series – you can thank Beutel for its being there. As a past CEO of the theatre once said, if the Paramount is part of the pulse of Austin, "that is 98% due to Paul Beutel. Paul is there almost nightly making sure that happens. That is one thing that has enabled us to keep the lights on." For that alone, Beutel merited inclusion in the Austin Arts Hall of Fame, and he was among its first inductees.

But Beutel's contributions didn't stop there. His managerial expertise was invaluable in the first decade of the Long Center, helping the performing arts center find an audience and an identity in the city's bustling cultural landscape. And if you've been in Austin less than 30 years, then you may not know that Beutel once served as a film critic and an arts journalist for the Austin American-Statesman, and in the early years of the UT Performing Arts Center (now Texas Performing Arts), he was the manager of publicity and promotion. And what may really surprise you is how much time this backstage maven used to spend onstage. For years, he was a leading man in musicals mounted in Austin, lighting up productions of Pippin, Once Upon a Mattress, They're Playing Our Song, and Chicago, in which his portrayal of lawyer Billy Flynn won him a B. Iden Payne Award.

Musicals matter a lot to Beutel. In a profile the Chronicle ran on him in 2000, he revealed how life-changing the film of Bye Bye Birdie was for him, and the only time he's been away from Austin since 1969 was a three-year period in the mid-Aughts when he took at a job at Houston's Miller Outdoor Theatre, where he performed in musicals as a young man. At the time, he said that felt like going home. It was the Long Center job that lured him back to Austin, and he will be ending his tenure there on the night it presents a film musical, La La Land, with the score performed live by the Austin Symphony Orchestra. "A contemporary rendition of a classic Hollywood musical, presented in one of the entertainment world's newest formats," he noted on Facebook. "Sounds rather full circle to me."

To us, too, Paul. Thanks for all you've done for Austin, and enjoy retirement.

The Long Center
Beutel is back in town