No, Really, Ada Calhoun – What’s It Like Being Married?

The New York journo tells all and, holy matrimony, her words are wise

Who the hell is Ada Calhoun and what does her marriage have to do with anything? 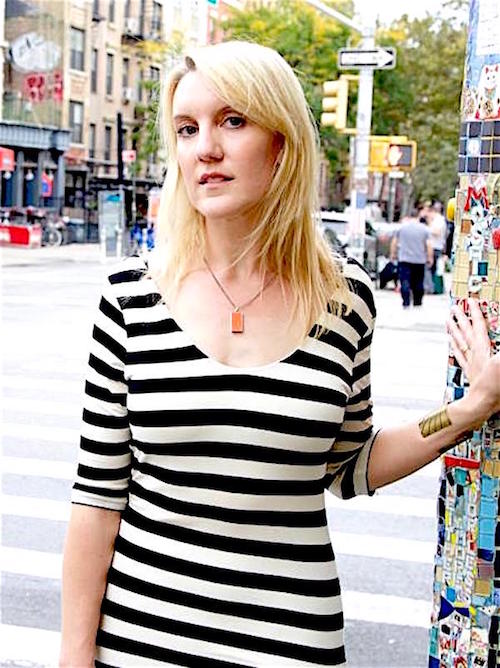 As the info accompanying her new book, Wedding Toasts I’ll Never Give, puts it: Ada Calhoun is "a journalist who got her start at the Austin Chronicle but has been living in NYC for the past 15 years."

It’s also true that Calhoun’s 2015 book St. Marks Is Dead was named a New York Times Editors’ Pick, Amazon Book of the Month, and one of the best books of the year by Kirkus, the Boston Globe, Orlando Weekly, and the Village Voice.

But we’re not talking about that previous book here, nor doing more than giving an impressed thumbs-up to its accompanying parade of accolades.

We’re talking about this new Wedding Toasts book, because there are a lot of marriages going on lately that could do with a bit of insight – or with a metric fuck-ton of insight, to be honest.

And because Calhoun’s coming back to Austin – to BookPeople, on Saturday, May 20, at 3pm – to present her refreshing new volume in conversation with this altweekly’s Wayne Alan Brenner.

“Her refreshing new volume,” did we say? Yes, because Calhoun doesn’t treat matrimony and its consequences all gooey-eyed and rhapsodic, nor does she assault it with a naysayer’s bludgeon. No, she presents the enduring phenomenon as it truly is: not the happy ending of a love story, nor a relic doomed by high divorce rates, but the beginning of a challenging new chapter of which “the first 20 years are the hardest.”

Some background: This new book started with Calhoun writing one of those Modern Love columns for the New York Times, a piece called “The Wedding Toast I’ll Never Give.” And the piece struck so many simpatico chords with so many people, was shared so many times over social media, was, as they say, blowing up the internet to such an extent that W.W. Norton & Company, knowing another good thing when they see it, has leveraged the wisdom of the crowds and their own savvy publishing sense to bring out this collection of the woman’s recent marriage-relevant essays.

And, listen, the man Calhoun married? Neal Medlyn? Was a young Austin performance artist who, among other odd gambits back in the Nineties, was performing shows for one person at a time while driving them around in his car, FFS. And Chronicle-reporter-at-the-time Calhoun thought it would be, perhaps, a hoot to check into this weirder-than-most act and interview the guy.

They’ve been married for almost 13 years now. They’ve got a kid.

And so Ada Calhoun knows whereof she writes. And, as usual, how she writes is with charm and intelligence and honesty, and with all that lovely insight we mentioned. And this Wedding Toasts I’ll Never Give is a fine example of that –  besides being exactly what you need to read if you’ve been married for a while.

And if you’re not married yet? But you’re planning on getting married eventually? Or you’ve already set a date, booked a reception hall, have rolled your eyes at advertisements for Sandals resorts so many times that those eyes are nearly shredded from supraorbital friction?

Then you really need to read this book of Calhoun’s.