The acclaimed sculptor brings a dark divinity to Dimension Gallery

Don’t let the rain, if there’s rain, keep you away from the second weekend of the West Austin Studio Tour.

And while you’re enjoying the seemingly endless delights of the WEST, don’t let that keep you away from the Eastside’s excellent Dimension Gallery. 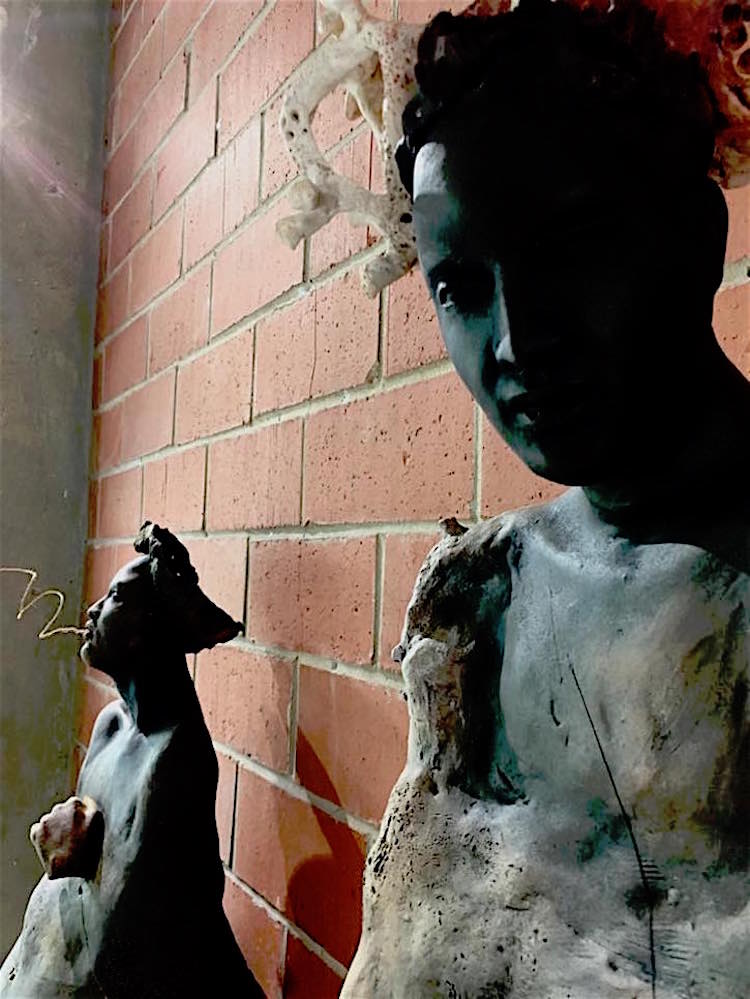 Moirai, you see: The Apportioners

This: “The Silent Narrative of Things” by Alejandra Almuelle.

It’s the second solo show by the brilliant sculptor in this spare and elegant space, and it might even eclipse the dark glories of her exhibition that helped to inaugurate the venue more than a year ago.

Note: There’s some kind of colloquy going on elsewhere in town next week, where the Austin Creative Alliance is matching local artists with various faith-based congregations, trying to foment up some space-sharing arrangements for all these creative types? The program’s called “Art in Sacred Spaces.”

Well, neither Dimension Gallery nor this new show by Almuelle has anything to do with that, as far as we know, but we thought of it while viewing this “Silent Narrative of Things.” Because what Almuelle has done is turned Dimension Gallery into what we can’t help but perceive as a sacred space. Not some typical "sacred space" festooned with the gimcrackery of more common religions, though. Rather, a hidden alcove redolent of ancient pagan mysteries, of deep Jungian undercurrents, with sculptures of the artist’s interpretation of the Three Fates all texturally complex against the entrance wall; with a series of hollow and pristinely white figures atop a field of salt on a far table; with sculpted hands set among piled patterns of spice – cinnamon, turmeric, pepper, and more – on a closer surface; with a diverse array of rough porcelain needles literally stitching yarn-as-bloodlines into the very concrete of the gallery’s cemented verticals.

We caution you not to attend this exhibition while under the influence of any especially strong psychedelic drugs, citizen, lest you go all Dr. Jessup from the experience.

But do stop by Dimension Gallery this weekend, the final weekend for Almuelle’s show there, and enter an eerie cathedral of the mind made manifest with astonishing skill and shadow-driven conjuring from a world-class sorceress of claywork.