Somebody had to win it, y’know, and this is the guy

It's Monday night, May 15, 2017, deep in the can't-stop-laughing-where's-that-fucking-defibrillator heart of Texas, and the winner of the 32nd annual Funniest Person in Austin contest is Enzo Priesnitz. 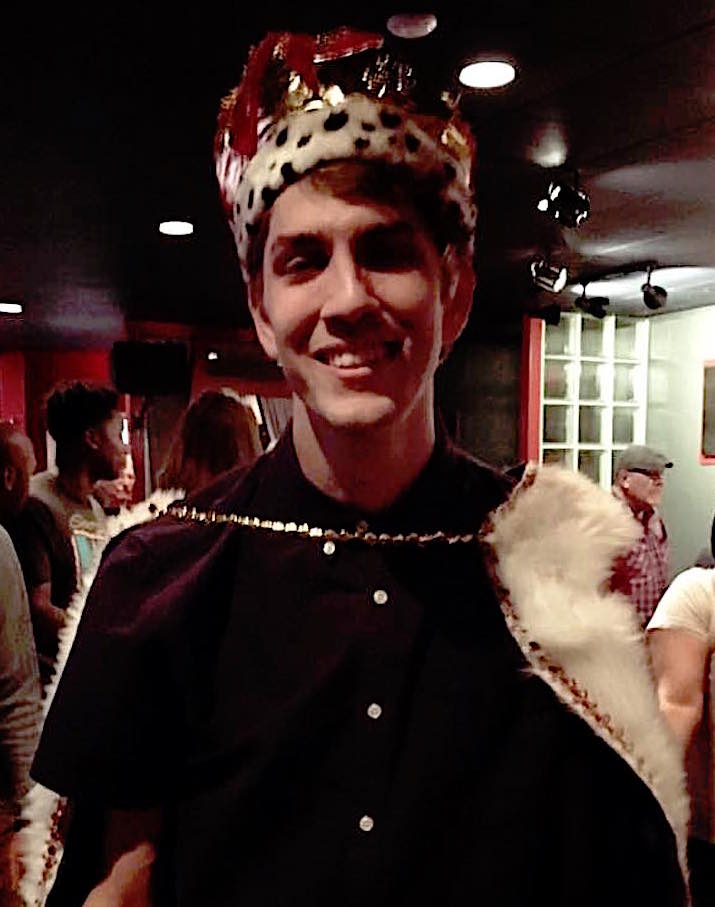 Crowned onstage at Cap City Comedy Club, the snazzy venue that originated and has produced the FPIA over its many years, that (literal) crown & its accompanying cape passed on by the ever-delightful Maggie Maye – in lieu of being handed over by Lashonda Lester, the recently departed & deeply missed queen of this scene, who would’ve loved seeing her friends’ talent on brightest display here and, ah … goddammit, where were we?

Enzo Priesnitz, the 2017 Funniest Person in Austin — Vanessa Gonzalez and Carina Magyar were the runners-up in this year's especially hardfought competition – is an Austin native but a relative newcomer to the scene. And but now, the night’s judges having rendered their decision in this final round, at the end of two months of winnowing the field of arguably lesser comics, this Priesnitz – who's also a metalworker, a veritable cutler – is the BMOC even beyond his regular UT stomping grounds.

(That’s what they do, FPIA winners: They stomp, right? Before and after the contest, they stomp every place they go. Like champions. Like conquerors. Stomping. On the grounds. Hulk SMASH and all that shit, right? Rar.)

Tell you what: This year’s competition was scary good. And Priesnitz and Magyar and Gonzalez and the rest of the ever-shifting Austin community, most of these local stand-up warriors, you can frequently catch them out and about the town, rocking crowds at various showcases and even open mics.

And if you’re looking for a good time, citizen … that, in fact, is precisely what we recommend.