Playwright to be remembered at the Paramount on Sunday

"Jason Tremblay – Our Theatre Hero." So read the Paramount Theatre marquee on April 3, and on Sunday, April 30, people will gather to explain just why this local man of the dramatic arts – playwright, director, producer, stage manager, educator – deserved that title. They'll be celebrating his life, which ended far too soon this month at the age of 39. 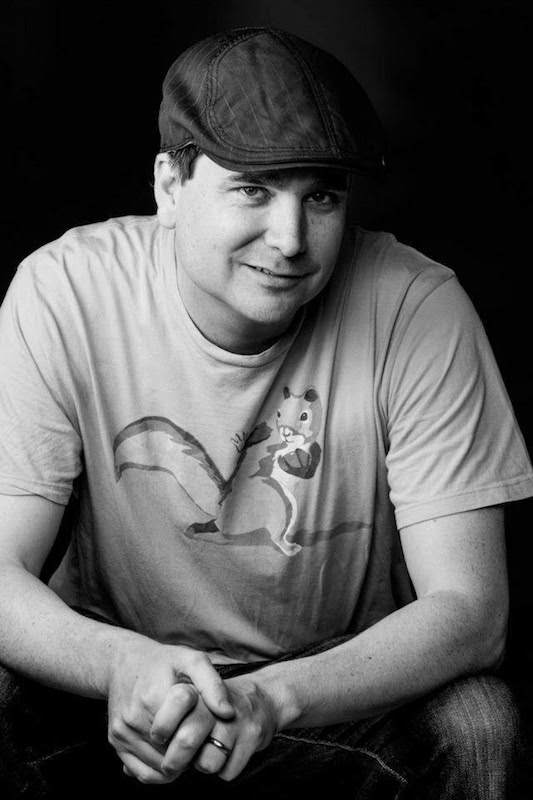 The cause was cancer. He was at home when he passed, shortly after midnight on Mon., April 3.

Tremblay was born in Texarkana, which suggested that more than one state could lay claim to him during his life. Arkansas got him first, and he grew up there – first in Nashville, then in Pine Bluff. But once he'd completed his undergraduate work in philosophy and English at Arkansas State, Texas came calling, and he surrendered himself to the Lone Star State to obtain an MFA in Playwriting from UT-Austin, where he was awarded a fellowship at the Michener Center for Writers. His talent was quickly recognized, with his drama Katrina: The Girl Who Wanted Her Name Back, receiving a mainstage production from the UT Department of Theatre & Dance and winning three national awards, including a National Endowment for the Arts Access to Artistic Excellence Award and the Kennedy Center American College Theatre Festival Playwriting for Young Audiences Award.

The obituary for Tremblay states that he "put 'at least one impossible thing' into every one of his plays and fans of his work said this made his work extraordinary." Much of Tremblay's writing was directed at young audiences, with the idea that "children must be taught to survive in order to thrive" being a recurring theme. Certainly, that applies to his final project, The Call of the Wild: Illustrated Edition, which transformed the beloved Jack London novel into a one-man play where actor Noel Gaulin portrayed all the characters, human and animal. Tremblay had co-founded the company Theatre Heroes to produce and tour the play, and at the time of Tremblay's death, it had been performed in Austin; San Angelo, Texas; and Madison, Wis.; and had been booked for a four-week run in Kansas City, Mo., in 2018.

A number of Tremblay's other plays have been produced across the country, including Katrina: The Girl Who Wanted Her Name Back (Adventure Stage Chicago), Queen Zixi of Ix (East Valley Children's Theatre in Arizona), Chicken and Ice Cream (Palm Beach Drama Works, Aspen Theatre Masters), Hosers (Boulder Acting Group), The Cleaning Lady (The Flying Leap Players in Minnesota), West Texas Honey Bee Blues (Offstage Theatre in Virginia), and Tennessee Darke (New Orleans Fringe Festival). Austin audiences have also had the opportunity to see The Virgin w/ 10,000 Arrows (Debutantes & Vagabonds in Austin), Boom for Real (Paper Chairs in Austin), and The Sound Ascending (Cohen New Works Festival, UT). His work received multiple nominations from the Austin Critics Table and the National Youth Theatre, and he had been commissioned to write new work by ScriptWorks, the Literary Managers and Dramaturgs of the Americas, and East Valley Children's Theatre.

Tremblay also wrote and produced two movies under the company name Blue Paper Filmworks, What's the Use and In the Shadow, and the latter was a featured selection at Cine Las Americas and the Anchorage International Film Festival.

Most writers do all their managing of events from the comfort of a computer screen, but Tremblay was also an expert stage manager, plying his skills at some of the biggest events in town – the X Games, South by Southwest, Pachanga Fest, the Austin Food and Wine Festival, and the Texas Monthly BBQ Festival – and events involving some of the biggest names anywhere: President Barack Obama, Vice President Joe Biden, and Kanye West, to name a few. He was also festival director for the Moontower Comedy & Oddity Festival. He worked as production assistant for corporate product launches with Disney, Alien Ware, Dell, and Conduit.

And as if all that weren't enough, for the past four years, Tremblay was also an adjunct professor of theatre at Austin Community College and a member of the B. Iden Payne Theatre Awards Nominations Committee.

All of which is to say Jason Tremblay touched many, many lives, which makes his untimely passing tragic on many, many levels. But if there is any level that may be the most tragic, it's that this playwright had his own "young audience": a son, Oliver, who will turn 2 in May. You wish he could come to know his father's writing with his father sitting beside him in the theatre. Knowing he would not be here, Tremblay asked that Oliver and his mother, Sheila – the love of Jason's life – be cared for, and to that end, a GoFundMe campaign was set up for their care. It's currently at just over a quarter of its $25,000 goal. In lieu of flowers, the family requests donations be made to the Tremblay Family Memorial Fund. Alternatively, donations may be made to the Jason Tremblay Memorial Scholarship Fund at Austin Community College (click on the orange "Give Now" tab or mail to ACC Foundation, 5930 Middle Fiskville Rd., Austin 78752). 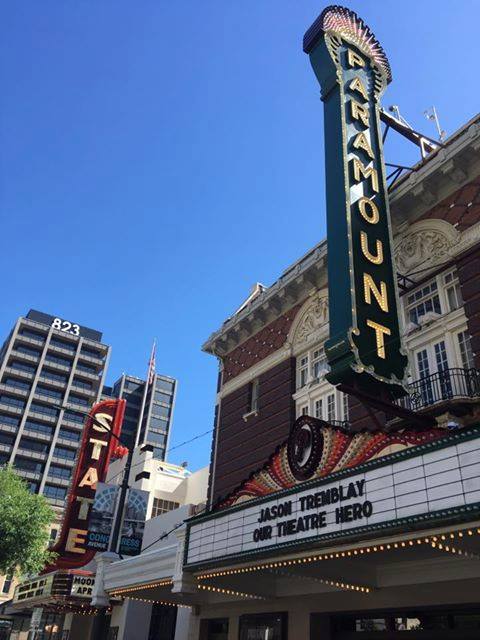